Massachusetts Congressman Richard Neal, the chairman of the Friends of Ireland Caucus in Congress, is facing a primary challenge from the left in September that’s gaining national attention. 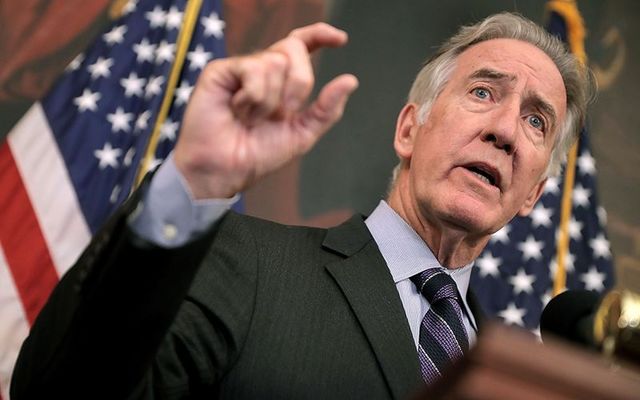 If Congressman Richard Neal's defeated, the loss would deal another severe blow to Irish interests on Capitol Hill.

Massachusetts Democratic Congressman Richard Neal, Ireland’s most prominent supporter in Congress as chairman of the Friends of Ireland Caucus and head of the powerful House Ways and Means Committee, is suddenly facing a tough re-election primary in September against Alex Morse, a university professor who currently serves as the mayor of Holyoke, Massachusetts.

Neal, 71, has represented the Springfield-Holyoke 1st District of Massachusetts since 1988 and was previously mayor of Springfield.  He also has a very close relationship with House Speaker Nancy Pelosi and accompanied her on her Irish visit last year.

However, with the defeat in 2018 of former Congressman Joe Crowley, and the likely primary loss last month of Congressman Eliot Engel, a long time friend of Ireland, the Irish clout on Capitol Hill could be decimated if Neal loses. 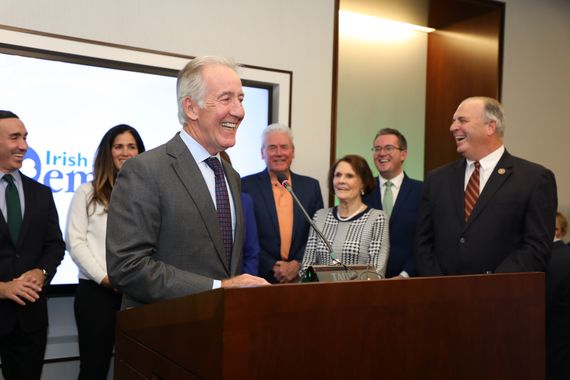 Morse, a 31-year-old graduate of Brown University who came out as gay at the age of 16 to his working-class parents, was not even born when Neal first won a seat in Congress.

Morse made clear he thinks he can win.

“Eliot Engel and Richard Neal were elected to Congress on the same day back in 1988,” Morse said in an interview with The Hill.

“They’re both chairs of committees that are part of House Democratic leadership, and are out of touch with their districts.”

He also said Neal has not been aggressive enough in seeking President Trump’s tax returns which the chairman of the Ways and Means Committee is supposed to have access to. Critics also say he has not conducted enough oversight of Trump.

Neal’s spokeswoman countered by saying that “it was absolutely critical that no mistakes were made for Donald Trump or his various attorneys to capitalize on, so Richie Neal worked closely with House counsel and followed direction on how to proceed.”

Neal requested Trump’s federal tax returns from the IRS in April 2019, but Trump ignored the request. The case is tied up in the courts.

In 32 years in Congress Neal has been an indispensable friend of Ireland and Irish America. 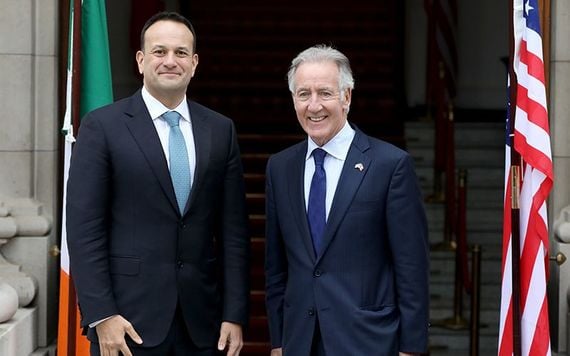 He told Irish America magazine that it was the story of Bobby Sands, the IRA hunger striker who died in 1981 which first got him involved in Ireland.

“The first time I got involved was in 1981 when Bobby Sands died (on hunger strike). That’s when I took up a position because people in my community were pretty outraged. You know, those guys were dying on hunger strike, and Margaret Thatcher’s response was that they were criminals.” Neal said.

“The first time I went to Ireland was around 1983; I went to visit relatives in Co. Down. In those days it was a militarized state. There were 30,000 British soldiers in an area the size of the state of Connecticut.

“My first or second speech on the House floor after I got elected was on the use of rubber bullets (in Northern Ireland).

To Neal, Ireland was in some ways an extension of his heavily Irish district.  To this day, Neal leads the House Friends of Ireland committee, which played an essential role in the lead-up to the 1998 Good Friday peace agreement.

His campaign is confident he will be on the ticket in November this year as well.

“Richie Neal has consistently delivered for Western Mass and Central Mass, and we’re very confident that he’ll be reelected to continue to deliver for the people there,” Neal campaign spokeswoman Kate Norton said.

“It indicates the winds of this country and the strength of the progressive movement,” Morse said. “I think it really also just shows that since the Democratic presidential primary wrapped up that a lot of energy and enthusiasm has shifted to down-ballot races and congressional races.

“Given I’m a 31-year-old, openly gay, young person, I think it’s time we have a body that reflects the life experience and identity of the people we represent and what our country looks like.”

Samantha Petty, a political science professor at the Massachusetts College of Liberal Arts in the western part of the state, told The Hill it’s “too soon to say how the race will ultimately play out.” She said turnout on primary day, September 1, particularly among younger voters who would be more likely to back Morse, will be key.

On Tuesday morning, Politico reported that Neal’s seat is firmly in the sights of a new progressive group with ties to Senator Bernie Sanders.

“A group of progressive operatives with ties to Sen. Bernie Sanders (I-Vt.) and Justice Democrats is launching a new organization this week aimed at condemning politicians with close ties to corporate interests. Their first target: Rep. Richard Neal (D-Mass.), the powerful chairman of the House Ways and Means Committee,” the report said.

“The initiative, Fight Corporate Monopolies, will spent $300,000 to paint Neal as beholden to Blackstone Group, a private equity giant that they say profits off surprise medical billing -- a practice that creates exorbitant hospital costs.

“Architects behind the anti-Neal effort hope their early foray into race — eight weeks before the primary — will help chip away at Neal’s incumbency advantage and entice other outside groups into the race.”

Politico added that Neal “will be hard to dislodge. He had over $4.5 million in the bank as of late March and has already begun airing TV ads to boost his image name ID. Morse had just $140,000 at the end of the first quarter.

“But Morse has been able to tap into some of the progressives' excitement around the New York primaries. Bowman endorsed him and urged his supporters to back Morse in a tweet that helped him raise $110,000 in a single week.”