US Congress received notice on July 7 that President Trump had begun the formal year-long process of removing the US from the World Health Organization. 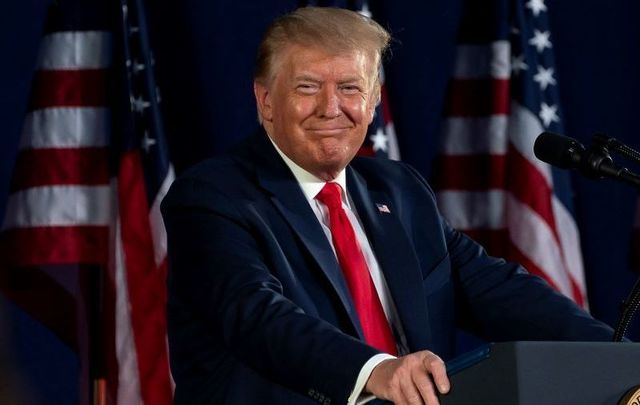 President Donald Trump has formally begun the process to withdraw the US from the World Health Organization (WHO).

Democratic Senator Robert Menendez said in a tweet on Tuesday that Congress received notice that Trump had officially begun to withdraw the US from the WHO:

Congress received notification that POTUS officially withdrew the U.S. from the @WHO in the midst of a pandemic.

A US State Department official also confirmed with CNN that "the United States' notice of withdrawal, effective July 6, 2021, has been submitted to the UN Secretary-General, who is the depository for the WHO."

The move comes as coronavirus continues to surge across the US, now the worst-affected country in the world. As of Tuesday afternoon, information compiled by Johns Hopkins University found that there were more than 2.9 million confirmed cases of coronavirus and more than 131,000 coronavirus-related deaths in the US.

In April, President Trump announced that the US would “halt” it's funding to the WHO, blaming the international organization for "severely mismanaging and covering up the spread of the coronavirus." In response, Ireland’s then-Tanaiste Simon Coveney slammed Trump's move as an “indefensible decision," and soon after, Ireland announced that it would be quadrupling its contribution to the WHO.

Later, on May 30, President Trump announced during a press briefing at The White House his intention to "terminate" the US relationship with the WHO:  "China has total control over the World Health Organization, despite only paying $40 million per year compared to what the United States has been paying, which is approximately $450 million a year.

“We have detailed the reforms that it must make and engage with them directly, but they have refused to act. Because they have failed to make the requested and greatly needed reforms, we will be today terminating our relationship with the World Health Organization and redirecting those funds to other worldwide and deserving, urgent, global public health needs.”

Nancy Pelosi, the Speaker of the House of Representatives, slammed Tuesday's initiation of withdrawal as "an act of true senselessness:"

The President’s official withdrawal of the U.S. from the World Health Organization is an act of true senselessness as @WHO coordinates the global fight against COVID-19. With millions of lives at risk, the President is crippling the international effort to defeat the virus.

Senator Lamar Alexander (R-Tenn), chairman of the Senate Health, Education, Labor and Pensions (HELP) Committee, said in a statement on Tuesday : “I disagree with the president’s decision. Certainly there needs to be a good, hard look at mistakes the World Health Organization might have made in connection with coronavirus, but the time to do that is after the crisis has been dealt with, not in the middle of it.

“If the administration has specific recommendations for reforms of the WHO, it should submit those recommendations to Congress, and we can work together to make those happen,” he added.

Senator Patty Murray, the top-ranking Democrat on the HELP committee, said the move will "put America at risk:"

Withdrawing from @WHO is an abdication of America’s role as a global leader & is the opposite of putting America first—it will put America at risk. President Trump needs to realize this crisis doesn’t recognize borders, & hiding from it won’t make it go away. https://t.co/UX0QAuNJeM

Joe Biden, the presumptive Democratic nominee to face off with President Trump in this year’s presidential election, responded to the news with a tweet, saying that if he becomes President, he will rejoin WHO on his first day in office:

Americans are safer when America is engaged in strengthening global health. On my first day as President, I will rejoin the @WHO and restore our leadership on the world stage. https://t.co/8uazVIgPZB