As speculation mounts, we want your opinion on who you think Joe Biden should choose as his running mate. 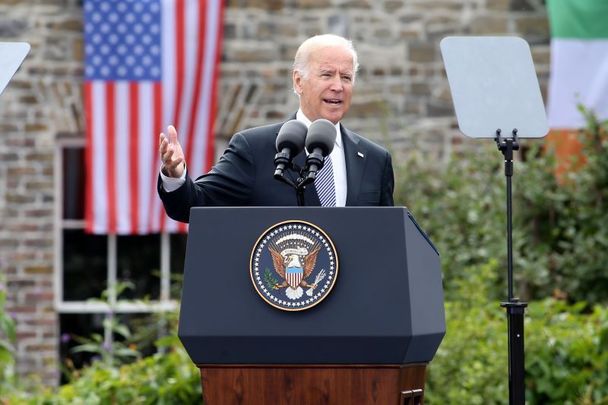 Irish American Joe Biden has yet to name his running mate - who do you think it will be?

*Update: This poll was closed on Friday, July 17. Stay tuned for results!

Joe Biden is the presumptive Democratic nominee for the 2020 US Presidential Election where he’ll go face-to-face with incumbent US President Donald Trump.

At the Democratic National Convention, which is scheduled to begin in just over a month in Milwaukee, Wisconsin, the Democratic Party will formally nominate its candidates the next president and vice president of the United States.

Biden, who served as Vice President during the Obama administration from 2008 - 2016, has publicly said that he is committed to choosing a female running mate, though he has yet to formally announce his choice.

If I win the nomination, my pick for vice president will be a woman. If I win the presidency and have the opportunity, I will name the first black woman ever to the Supreme Court.

A Biden administration will reflect the country we are proud to work for. pic.twitter.com/1rFvE94YIg

Read More: Joe Biden tells Irish cousin: "My priority is to get to Ireland"

Among those rumored to be in the running are former Georgia Representative Stacey Abrams, Senator Elizabeth Warren, Mayor of Atlanta Keisha Lance Bottoms, and Senator Kamala Harris.

Amy Klobuchar, who earlier this year was among the pool seeking the nomination for the Democratic presidential nominee, has excused herself from the running, saying that the role should go to a woman of color.

Should Biden win the presidential election in November with a female running mate, it will be the first time in US history that a female will occupy the role of Vice President.

Do you think Biden will choose someone high profile, or perhaps someone more unknown?

Let us know what you think in this poll!