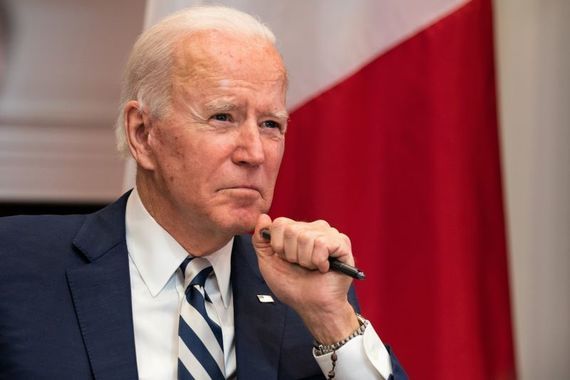 President Joe Biden, who is well known for his off-the-cuff remarks and slips of the tongue, made a controversial comment about his Irish heritage in December 2019.

A 2020 Democrat candidate at the time, Bodem reportedly made the cringe-worthy remark to a crowd in Iowa, JOE.ie reports.

According to John Mulholland, Editor of The Guardian US, Biden told the audience: "I may be Irish, but I'm not stupid."

Mulholland, who is originally from Dublin, noted in his tweet: "Wonder what Irish people (like me) would make of that."

Joe Biden at a forum for Democratic candidates in Iowa "I may be Irish, but I'm not stupid." Wonder what Irish people (like me) would make of that. #Teamsters2020

Unfortunately, it’s not the first time Biden has committed this verbal gaffe. He made the same exact comment while speaking to Senator Lindsey Graham in 2015.

We’re officially on the road for our eight-day #NoMalarkey Tour across Iowa! pic.twitter.com/cGSblBnHoZ

Biden, who can trace his Irish roots back to Louth and Derry on his mother’s side and also has Irish lineage on his father’s side, has previously made comments expressing pride in his Irish heritage.

The Irish American adopted the slogan “No Malarkey!” for his 2020 presidential campaign. The word malarkey, meaning “nonsense”, is thought to be of Irish origin but etymologists disagree on its true origin.