Democratic 2020 candidate Biden, who currently stands eight points ahead of Donald Trump in the polls, speaks about how important his Irish heritage is to him. 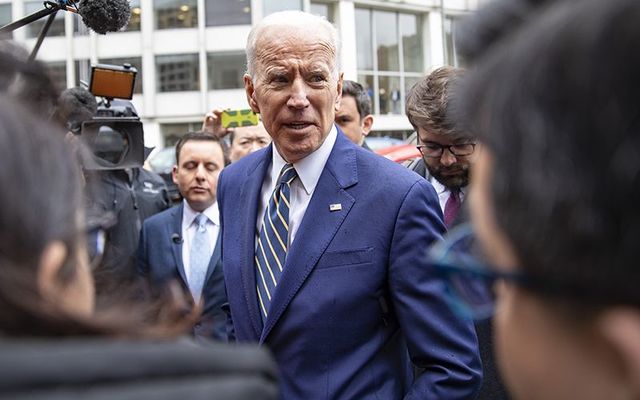 Democratic 2020 candidate Biden, who currently stands eight points ahead of Donald Trump in the polls, speaks about how important his Irish heritage is to him and how he carries it with him always

Joe Biden has officially announced that he will seek the presidency in the 2020 US elections.

This is the former vice president's third time to run for the office, having failed to earn the Democratic nomination in 1998 and 2008. Biden joined the already crowded field of the so far 20 Democratic candidates – including John Delaney, Beto O’Rourke, and Tim Ryan.

Biden announced his candidacy in a video posted to Twitter. He declared “We are in the battle for the soul of this nation. If we give Donald Trump eight years in the White House, he will forever and fundamentally alter the character of this nation. And I cannot stand by and watch that happen.”

He continued “The core values of this nation, our standing in the world, our very democracy – everything that has made America America – is at stake. That’s why today I’m announcing my candidacy for president of the United States.”

Read more: Joe Biden is a touchy-feely, old-style Irish politician - get used to him

Biden who is proud of his strong Irish roots visited Ireland, in 2016, during his tenure as vice president.

Will you be voting for Joe Biden in the 2020 elections? Let us know in the comments section below.

Read more: Trump’s state visit to UK for D-Day announced, no Ireland trip plans as yet

Dr. Tony Holohan to be presented with Freedom of Dublin City award