Wake up - Donald Trump could win on November 3

"Waiting for November 3, 2020, is like waiting to see if there will be a hurricane or a restoration." 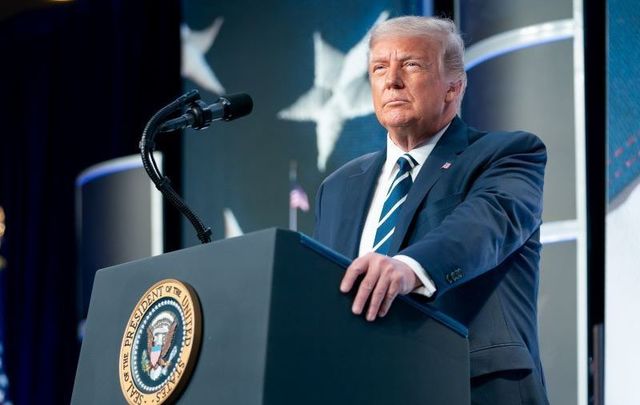 When did you know?

That's the question historians will ask us about the Trump years.

When did you realize he wasn't an American president in any sense at all, but instead an unprincipled dictator-in-waiting? Trump, as he has repeatedly shown us, is not interested in governing the nation, but he is interested in harnessing its power.

So what tipped you off about where all of this is heading? Was it when he was impeached on charges of abuse of power and obstruction of Congress? Was it the continuing arrest and imprisonment of almost every senior official involved with his campaign?

Was it the purges of hard-working US officials and the weaponization of the law? Was it the climate of intensifying violence? Was it the blatant stoking of racial unrest?

Or was it his disinterest when confronted by 180,000 Americans dead and five million infected with the coronavirus, to which he simply shrugged and said: “It is what it is"?

Was it his administration's attack on the United States Postal Service and the wanton destruction of the fully-functioning sorting machines, in a blatant attempt to undercount votes and cast doubt on the 2020 election result?

Was it when the Office of the Director of National Intelligence canceled all further briefings on foreign election attacks on the USA two months out, informing Congressional and Senate leaders it would cease to provide in-person briefings on foreign interference with the 2020 election?

Or was it when he praised “both sides” at Charlottesville, when one side he was praising were Nazis and white supremacists? Or was it in the way a certain type of white man idolizes Trump with a degree of hero-worship (they don't wear masks because he doesn't) that's otherwise missing from their lives? Was it when you realized that Trump's cruelty and contempt were actually the little man's message to America?

Or was it that grotesque fireworks display at the RNC this week that spelled out TRUMP using the Washington Monument as a backdrop after he had already slapped a giant TRUMP sign on the White House itself, the way he does with all the properties he owns?

Read More: New York in the era of Donald Trump is an empty, eerie ghost town

"When did you know ?" will be the first question that your children and grandchildren ask you in years to come so you better start preparing to answer them now, because the America you grew up in will be unrecognizable to them soon.

Constitutional government, its traditions and rituals, only work if both parties agree to observe them. But one party has simply stopped observing them at all, instead surrendering to a one-man personality cult, leaving us all to face a rising autocratic tidal wave that will either be broken or break this country in two months.

That silence you hear from GOP Congressional and Senate leaders, expect it to intensify. Waiting for November 3, 2020, is like waiting to see if there will be a hurricane or a restoration. My money right now is on a hurricane.

How bad could things get? In case you missed it, the nation's top general just told Congress that the military won't have a role carrying out the presidential election or resolving any disputed vote. That's not normal. That's proof of the rising autocratic surge we are already being surrounded by. 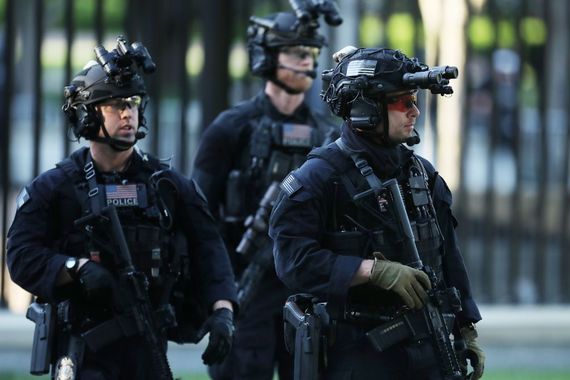 Read More: Trump only cares about his re-election, not our schools

Our press clearly isn't equipped to respond to the growing authoritarian power grabs. Confronted by unprecedented violations of the Hatch Act (the law) at this week's RNC, The New York Times simply overlooked the main story and led with Trump's talking points instead.

Their headline elected to normalize all the deeply weird authoritarian statecraft on the South Lawn, amplifying Trump's message instead of sounding the alarm. It was a choice. It was the wrong choice. They will keep making it.

How many “This is something I never thought I’d see” takes did reporters file during the convention? The word they were looking for was ‘illegal.’ This is illegal. They could not say it.

Meanwhile, the silence of the GOP leadership is matched by the silence of the voting-booth Trump supporters. Ordinary white voters knew what kind of man Trump was in 2016, but they voted for him anyway. They know he has diminished America's standing in the wider world, but they don't care about America's standing in the wider world.

Many white voters will sign up for another four years of that again on November 3, 2020 (although they may not tell you or their grandchildren that they did). 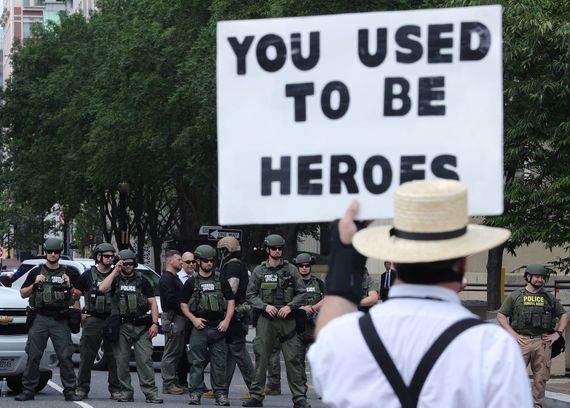 Read More: Winter is coming, Donald Trump still does not have a plan

How do I know this?  More than 180,000 Americans are dead, over six million are infected, Main Street mom and pop businesses are boarded up forever due to the pandemic Trump ignored, three times as many American jobs have been lost as in the Great Depression, millions of renters are facing the prospect of mass evictions, our cities are filled with protests and racial strife, and – none of it seems to matter - as long as some white people get to feel like they maintain a little edge over everyone else in our tottering caste system.

More than 180,000 Americans have died of the coronavirus and, according to the pool report, the president has just arrived at his own golf club in Virginia.

Trump's appeal is his ability to persuade forgotten white voters from the hardest-hit states that he hears them, that they still matter, that they're winners, not losers, and they will reelect him by the millions just to feel that moment of belonging again.

It's the ultimate con. You may live in a shack in the middle of an alligator-infested bayou, but if the caste system Trump protects says your life matters more than a Black one, then you'll vote for him again.

It doesn't matter if he wants to take away your social security and your health insurance and your unemployment assistance, let him, you'll willingly hand it all over to protect the only thing that matters: your clout.

Maybe I'm wrong. I have been wrong before. But not about Trump. I took his candidacy seriously from the beginning because I knew how potent the old hatreds he was stoking still are.

And I know how beaten down and stressed so many white working Americans feel, as they watch a new breed of tech and Wall Street bros win all the tax breaks and colonize their cities, driving up their rents and groceries to ever more unaffordable levels.

For hard-working voters like this, whose American Dream has become an American nightmare, revenge will do almost as well as a restoration. To paraphrase Mike Pence, they're ready to take revenge again - again.

These are the people who worship Trump and have a deep, seething, and palpable hatred for you. pic.twitter.com/3dQySJfxtP

Because for many white American voters the truth is Trump's obvious cruelty and contempt isn't a drawback, it's a feature. It's their own message to the USA, too. And it's intensifying.

You may kick yourself if Trump wins on November 3, but here's a warning to the last holdouts about where all of this is headed: some of his most ardent supporters are gearing up to kick you even harder in the months after.

Times reporter shot with nonlethal projectiles by supporters of the President who have amassed as vigilantes in Portland, along with demonstrators.

It is time for everyone to open their imaginations and stare into the darkness that is coming. It is the only way to prepare. https://t.co/7ggBIaUYHN