Biden is set to name a US Special Envoy to Northern Ireland early next year ahead of the 25thh anniversary of the Good Friday Agreement. 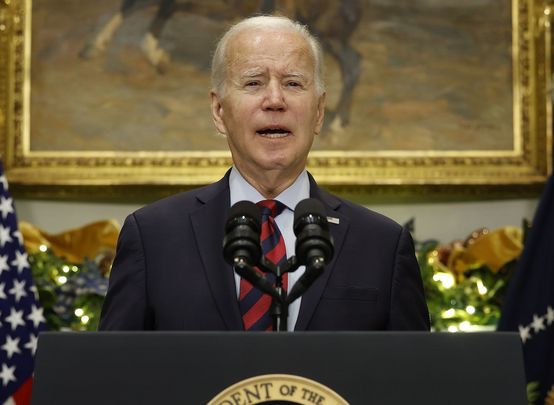 President Joe Biden will soon name a special envoy for Northern Ireland as the US seeks a larger role in resolving the Brexit dispute, Bloomberg News has reported.

The announcement is expected early in the new year and sets up a planned Biden visit to Northern Ireland to celebrate the 25th anniversary of the Good Friday Agreement in April 2023.

Biden has loudly proclaimed his Irish heritage and has become a major asset for the Irish government during the Brexit stand-off. He issued a dramatic warning in the form of a diplomatic note to the British government warning them about safeguarding the Good Friday Agreement.

The envoy will be a key figure in the negotiations about resolving the Brexit dispute. At the center of that dispute is the Irish protocol, which includes a demand from unionism for a return to a physical Irish border if the dispute cannot be solved.

The dispute is at the heart of the conflict between Britain and the European Union over the conditions in place for a  British withdrawal from the EU.

The envoy position has been vacant since well-liked Donald J. Trump appointee, Mick Mulvaney, departed in January 2021 and the fact of no Biden announcement of his replacement has been a  major issue in Irish America.

The envoy role can be extremely critical as Senator George Mitchell, the first envoy, proved. He was a key architect of the Good Friday Agreement.

Bloomberg News stated, “It is clear from the news of an imminent appointment that Biden is seeking a more active role."

A US official told Bloomberg News that US diplomats across the region “will look to address differences over the Northern Ireland Protocol.”

Since the new British Prime Minister Rishi Sunak took office relations between Ireland and Britain have warmed up after a deep chill during the Boris Johnson era.

Despite what they say publicly the British are likely to be less than pleased with the American intervention, which has been the case in the past.