Mick Mulvaney out as President Trump's Chief of Staff 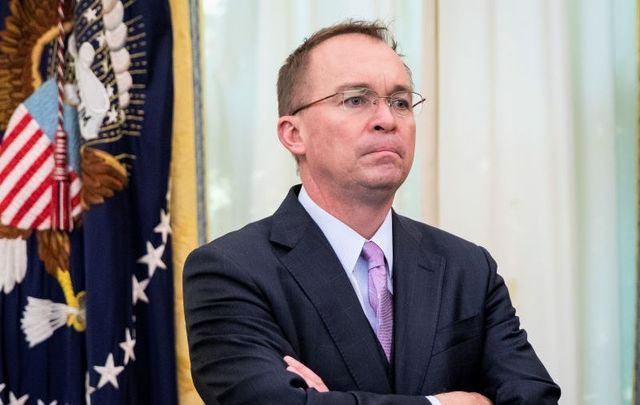 President Trump announced on Friday, March 6 that Mick Mulvaney will no longer serve as his Chief of Staff and will be taking over the role of special envoy to Northern Ireland.

....I want to thank Acting Chief Mick Mulvaney for having served the Administration so well. He will become the United States Special Envoy for Northern Ireland. Thank you!

Rumors of Mulvaney’s demise have circulated for a long time. The former South Carolina congressman ran into trouble by admitting there was a quid pro quo in the Ukraine deal that led to Trump's impeachment.

An anonymous source told AP that President Trump had "been eyeing the change for months, but wanted to wait until after impeachment."

Mulvaney has close ties to Ireland - his daughter studied there and he recently returned from a trip to the country.

The Irish American was named as President Trump's Chief of Staff in December 2018, a replacement of General John Kelly:

....I look forward to working with him in this new capacity as we continue to MAKE AMERICA GREAT AGAIN! John will be staying until the end of the year. He is a GREAT PATRIOT and I want to personally thank him for his service!

He was also active in trying to pass immigration legislation that would have helped Ireland.

Read More: Who are the Irish allies for immigration reform in the Trump era?