"Sinn Féin are in the ascendant in the north and south of Ireland and the revisionist myth of Irish history is in rack and ruin." 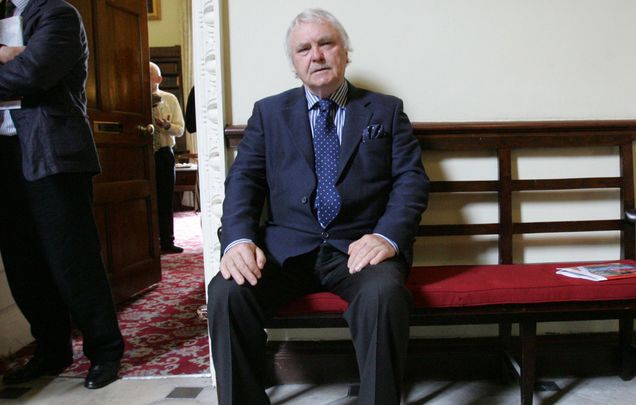 The fallout continues after Eoghan Harris, one of Ireland’s most influential journalists was fired after creating at least ten anonymous Twitter accounts that savagely attacked other media figures including a top female journalist in such personal terms she went to the police over the attacks. The Twitter accounts also carried relentless praise for Harris’s columns, written by himself.

Eoghan Harris’s downfall may mean much more than just his departure. It marks the end of revisionist Irish history that he and many others peddled.

For decades, Harris was the most powerful journalist in Ireland who used his platform in the leading Irish newspaper, the Sunday Independent, to attack Sinn Féin and any media reporters who he disagreed with, with as vitriolic and bitter a manner as possible.

The Sunday Independent was owned by Sir Anthony O’Reilly who allowed full rein to Harris, and his predecessor Conor Cruise O’Brien, to attack and smear genuine peace patriots such as John Hume.  Especially when Hume took the remarkable step of sitting down with Sinn Féin to try and end the violence in Northern Ireland.

Harris wrote at the time, "If we persist with the peace process it will end with sectarian slaughter in the North, with bombs in Dublin, Cork and Galway, and with the ruthless reign by provisional gangs over the ghettos of Dublin. The only way to avoid this abyss is to cut the cord to John Hume.” (Hume later won the Nobel Peace Prize).

Sir Anthony O’Reilly batted away any criticism of the relentless hatred spewed at Hume and others, declaring hands-off position as the publisher but, like Cruise O’Brien and Harris, it has all ended badly.

Revisionist history essentially holds that the Unionist community in the North are entitled to their state and that nationalists should just accept that and Sinn Féin is the greatest political evil and support for a united Ireland must be eliminated at all costs.

But Sinn Féin are in the ascendant in the north and south of Ireland and the revisionist myth of Irish history is in rack and ruin especially after Harris, the high priest of revisionist history buffs, essentially exposed himself to possible legal and criminal action last week.

As a result, it has all come crashing down with Twitter shutting down at least 10 bogus accounts that Harris created, that often pushed misogynistic and vicious diatribes against women journalists, especially Aoife Moore of the Irish Examiner whose nationalist Derry background incensed Harris. His attacks became so personal via the Twitter fake accounts that Moore had to seek counseling and police help.

With Harris’s downfall, the huge project to stop a united Ireland and extinguish support for Sinn Féin has come tumbling down like the house of cards it has ever been with Harris as the joker.

Harris has ended up looking foolish and vain and hopelessly arrogant. Many of his self-penned contributions to the fake Twitter sites were paeans of praise to himself and his particular brilliance.

He was the protege of Conor Cruise O'Brien, the former Irish diplomat, and politician who dedicated his later career to destroying the notion of Irish nationalism. Both men’s grand project, which was to fuel pro-Unionist sentiment in the south and destroy any thoughts of a united Ireland, have ended in a shambolic mess.

What they never understood that even with the best will in the world, it is nigh impossible given its racist history and mistreatment of the nationalist community to paint unionism in a positive light with very few exceptions.

For instance, Edwin Poots, currently the main contender for leadership of the largest unionist party, the Democratic  Unionist Party, believes Catholics were more likely to get Covid than Protestants because of their shiftless ways, that gay conversion therapy should be an immediate government goal and that the world was only 5,000 years old as creationists believe.

Trying to sell the Irish south of the border on rabid politicians like that was always going to be an impossible venture.

Cruise O’Brien predicted the peace process would end in the loss of thousands of lives and called it “insidious and demoralizing”. Harris taking his cue from O’Brien argued that Sinn Féin was intent on fascism, not freedom, and must be destroyed. Amazingly, Harris had a steady stream of top politicians, several Taoiseachs included, who bought his snake venom.

The censorship supporters included many others in powerful positions in RTE especially when it came to ensuring  Ireland’s national television and radio station, where Harris worked in a senior producer position, blocked all coverage of Sinn Fein other than negative. Harris succeeded in ensuring that like-minded figures got critical current affairs positions within the very powerful station.

Under the new 1976, Section 31 Order, Cruise O'Brien by then a government minister banned the Sinn Féin political party, and barred RTÉ from interviewing Sinn Féin persons under any circumstances, even where the subject was not the Northern Ireland conflict.

The absurdity of it all was captured best when on one occasion this caused a call-in show about gardening to be rushed off the air after a Sinn Fein member participated.

Michael D. Higgins, the current president of Ireland, finally dismantled Section 31 when he became the responsible minister but it took 20 years.

With Harris’s downfall and Sinn Fein’s rapid political progression, the revisionist movement will soon be writing itself out of Irish history though it still does have many adherents. Harris’s buffoon-like moves to praise his own performances, attack one female journalist so strongly she sought counseling and police advice, and generally make a laughing stock of himself has done him and his movement’s credibility enormous harm.

Harris will still have his defenders but his ignominious fall from grace has revealed what many suspected. When the curtain was pulled back what was on display was not some incredible wizard but a self-obsessed self-promoting not so mighty mouse who may well have crossed over into illegal territory with his vicious verbal and personal attacks, especially on a female journalist.