Conversion therapy is a controversial practice that refers to an attempt to change a person's sexual orientation or gender identity, 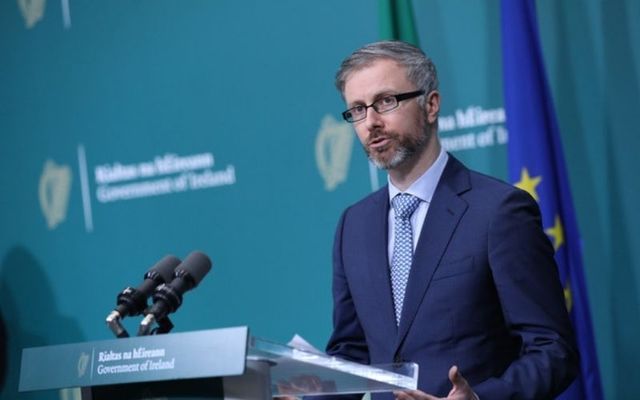 Ireland's Minister for Children has taken steps to ban gay conversion therapy by asking government officials to examine how the practice could be outlawed.

Roderic O'Gorman has tasked officials in the Department of Children, Equality, Disability, Integration and Youth to prepare a scoping paper on the issue and explore ways to outlaw the therapy in Ireland.

Conversion therapy refers to efforts to change a person's sexual orientation or gender identity and has been debunked by numerous leading medical and psychiatric organizations. The Irish Government committed to introducing legislation to ban conversion therapy in its Program for Government.

O'Gorman told the Journal.ie that the Government must be "proactive" in banning practices that "propagandize harmful and discriminatory messages" and have long-term negative effects on a young person's mental health.

He said that introducing a ban on conversion therapy would send a clear message that a person's sexual orientation or gender identity is not up for debate.

"A ban would especially protect young people who may be subject to such ‘therapies’ due to external pressures," O'Gorman told the Journal.ie.

"This practice has been labeled a form of torture by the United Nations and has no place in any civilized society," Long told PinkNews.

"A comprehensive ban is required, including in religious settings where the vast majority of this so-called ‘therapy’ is conducted."

O'Gorman took steps to ban conversion therapy following the establishment of a new cross-party all-Ireland coalition calling for the abolishment of the practice.

The Anti Conversion Therapy Coalition, comprised of young activists across Northern Ireland and the Republic of Ireland, launches today. We are calling for a complete ban on the unethical practice that is LGBTQ+ conversion therapy, across the island of Ireland. pic.twitter.com/nsqGG8wCbF

ACTC member Christine O'Mahony told the Journal that the coalition is seeking to find survivors of conversion therapy to help with their campaign to outlaw the practice.

"There are people [in the Republic] speaking out but a lot of people don’t speak about it because it’s such a triggering thing," O'Mahony said.

The ACTC has been backed by several Irish TDs, including Fianna Fáil TD Malcolm Byrne and Fine Gael's Neale Richmond.

"I strongly support this initiative and the work of the youth activists," Byrne said on Twitter following the launch of the ACTC. "Will be backing the Bill and any moves to address this appalling practice."

Sinn Féin Senator Fintan Warfield also attempted to ban conversion therapy when he introduced the Prohibition of Conversion Therapies Bill in 2018. The bill proposed banning conversion therapy on the grounds that it is a "deceptive and harmful act or practice against a person’s sexual orientation, gender identity and, or gender expression".

However, the bill has only reached the committee stage in the Seanad despite being co-signed by 20 senators.