One of Ireland’s most influential journalists and advisors to several Irish leaders has been fired for creating a vitriolic Twitter account under another name. 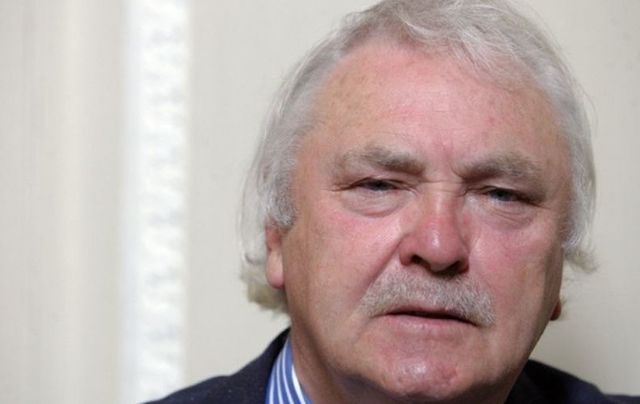 Eoghan Harris was sacked by Independent News and Media on Thursday. Rolling News

Eoghan Harris, one of Ireland’s best-known columnists who has advised several Irish leaders, has been fired by Independent Newspapers for creating a fake Twitter account that savagely attacked fellow journalists and members of Sinn Féin.

Alan Rusbridger, former editor of The Guardian, called Harris a “hypocrite” given his frequent criticism of other journalist’s ethics.

"Turns out Eoghan Harris, veteran columnist for the Irish Sunday Independent and trenchant critic of other journalist's ethics, is a massive hypocrite. A sock puppet calling himself “Barbara J Pym”. RIP," Rusbridger wrote on Twitter.

Turns out Eoghan Harris, veteran columnist for the Irish Sunday Independent and trenchant critic of other journalist’s’ ethics, is a massive hypocrite. A sock puppet calling himself “Barbara J Pym”. RIP https://t.co/55PqoQM2xu

Harris, a former Irish Republican activist who turned against the Republican movement and became its most bitter enemy, also launched vicious attacks on Nobel Prize winner John Hume when he decided to negotiate with Sinn Fein.

His weekly columns on the back page of Ireland’s leading Sunday newspaper the Sunday Independent were bitter and vitriolic against Sinn Fein.

In his fake Twitter account, he used the name Barbara J.Pym and often praised himself to the utmost. More seriously he viciously attacked Aoife Moore, a female journalist who dared to contest his views, and she has stated she sought psychiatric help because of the vitriolic attacks.

This account sent me sexualised messages about whether Mary Lou McDonald “turned me on”, the size of my arse and called me a terrorist from the month I started at the Examiner. Since then, I’ve had to go to counselling and the guards. https://t.co/aueLtHkg80

The major question in Dublin now is who else was involved with Harris and their other false Twitter accounts.

Irish Independent editor Alan English said in a statement that the paper had no choice but to part ways with Harris.

"While his views have long divided opinion, freedom of expression is a core principle of the Sunday Independent and its owner, Mediahuis," English said in a statement on Thursday.

"However, his position as a columnist became untenable when Eoghan confirmed to us this week that he has had an involvement in the operation of a fake Twitter account.

"Regardless of where they stand on any issue, we expect our writers to put their views across in a transparent manner. Readers can agree or disagree with these opinions. We will not, however, tolerate hidden agendas."

In a further statement on Twitter, English described the attacks against Aoife Moore as "contemptible".

Meet Kate Tyrrell, the first Irish woman to be a ship’s sea captain

Top energy saving tips to get you through the winter