The failure to entice the US with a new trade deal says legions about how worthless the entire Brexit policy has turned out to be. 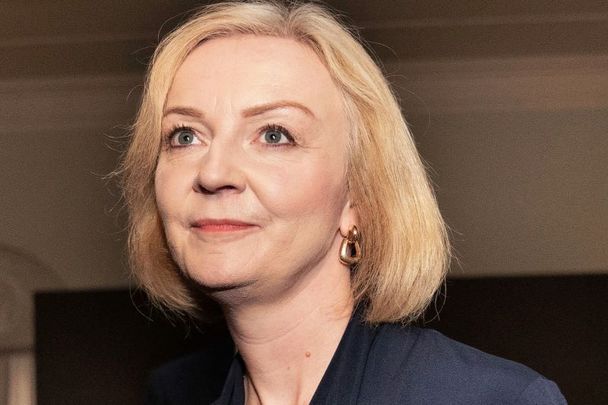 September 20, 2022: Britain's Prime Minister Liz Truss at The Ukrainian Institute of America in New York City where they viewed an exhibition illustrating the atrocities taking place in Ukraine. The Prime Minister is visiting New York for the UN General Assembly general debate where she will make her speech to the Assembly on Wednesday, September 21. Getty Images

UK Prime Minister Liz Truss’ admission that there are not currently any negotiations going on with the US over a British / US trade deal is an extraordinary development.

She made the comments while flying out to the US for the General Assembly meeting of the United Nations this week. Her further revelation that no plans were underway to begin work on a new deal is utterly shocking.

For years, the British public has been told that the glittering prize of a US / British trade deal would make the Brexit strategy look like a very smart move by the UK in going it alone in Europe.

However, it is now clear that no such deal is on tap, and that Truss’ predecessor Boris Johnson was lying as usual when he said a trade deal would be on the table soonest.

There is no doubt that the word came back loud and clear from the Biden administration that no such deal was being offered.

Credit Truss with finally admitting the truth, but be very wary about what it means in terms of the Northern Irish Brexit Protocol which prevents the return of a hard border on the island of Ireland.

By the British admitting that there is no trade deal, there is no further leverage to be gained by Irish America in playing the Biden card.

The threats by key US politicians such as House Ways and Means Chairman Richie Neal and House Speaker Nancy Pelosi to withhold a deal no longer hold any water in terms of influencing British policy on Northern Ireland.

In that respect, Truss may feel she has a clear opportunity with no threat from Biden or leading Irish American figures to impede her focus on forcing through a Protocol deal on her own terms.

That is undoubtedly the worst-case scenario in all of this, but who can blame the cynics given the British history on the topic?

They have rattled on about other deals with countries such as Australia which, however, are in the halfpenny place compared to a US trade pact.

The failure to entice the US with a new trade deal says legions about how worthless the entire Brexit policy has turned out to be.

Truss herself refused to admit in her previous government roles that the U.S. had made clear no deal. The fact that the US has said a deal is on the furthest back burner is a humiliating defeat for the British government, fresh from its pomp and circumstance triumph with the Queen’s funeral.

It turns out that while they can put on a fine show at playing dress-up, their place in the pecking order is even lower than they feared.

What it says about the Truss government is also quite alarming. If Brexit came about because the big prize was an American trade deal, well, what comes next for Truss now that her gambling card has turned out to be a joker?

It is a great triumph for Irish Americans who had lobbied so hard against any deal that damaged the Good Friday Agreement, the rules for which were set down in April 1998.

It is always a pleasure to see the barefaced lies about an imminent treaty exposed, but the game is not over by a long way. Brexit may be about to torpedo another British government almost before members warm their seats in Downing Street.

The grim toll of four prime ministers in six years sends its own message of what a mess Brexit has turned out to be. But for Irish America, the latest developments are good news for a change.

*This editorial first appeared in the September 21 edition of the weekly Irish Voice newspaper, sister publication to IrishCentral.