The Special Relationship Act, now sitting in the US Senate, would give the US President five years to take advantage of 'fast-track' authority on US-UK trade deals. 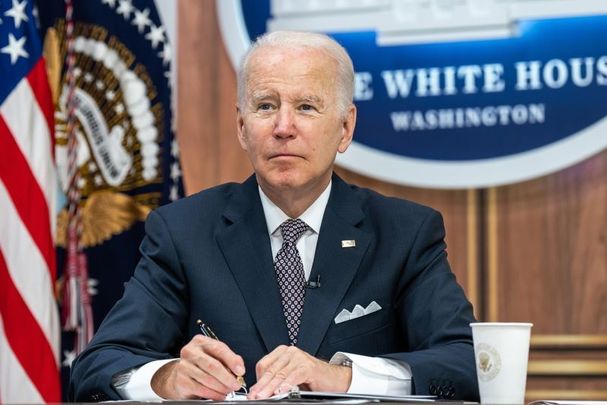 Is the Biden administration about to do a secret trade deal granting a special status for the United Kingdom despite assurances to Irish leaders he would not?

Some leading Irish Americans are pointing in dismay to a piece of legislation named the “Special Relationship Act “which was introduced in the US Senate in June, co-sponsored by Biden’s closest friend in the Senate, Delaware Senator Michael Coons, and Ohio Republican Senator Rob Portman.

Irish Americans have been led to believe that the Biden administration, led by the president himself, and supported by Speaker of the House Nancy Pelosi, would oppose any trade pact with the UK as long as the UK demanded a new deal on the Northern Ireland Protocol issue.

However, the new proposed legislation barely mentions the Irish protocol issue. A statement from the Senators said: "While the UK government has recently moved to override the Northern Ireland Protocol, which sets the post-Brexit trade rules in Northern Ireland, the Special Relationship Act emphasizes that any US-UK trade agreement must uphold peace and stability in Ireland and Northern Ireland."

Coons and Portman introduced the legislation to “advance trade negotiations with the United Kingdom,” the senators say.

They expanded on their plan in a joint press release: "The Special Relationship Act builds on the unique history of partnership between US and UK to grant new presidential authority on future trade agreement."

They further said: "The new legislation would give the president five years to take advantage of 'fast-track' authority, and secure an up-or-down vote in Congress on any comprehensive trade agreement negotiated with the United Kingdom."

Senator Coons said: “The United Kingdom is one of our oldest trading partners and strongest allies. Negotiating a robust, comprehensive free trade agreement with the UK is in the interest of Delaware workers, businesses, and consumers.

“The Biden administration has advanced our engagement through the U.S.-UK Dialogue on the Future of Atlantic Trade, and by passing this bill Congress can demonstrate bipartisan support for a new trade deal that includes ambitious international standards for our shared priorities on climate, labor protections, digital trade, and intellectual property rights.”

Senator Portman remarked: “As one of our oldest trading partners, resuming trade talks with the United Kingdom is a no brainer. We are close allies and trading partners and a trade agreement would strengthen our relationship and economic competitiveness, especially with respect to non-market economies.”

“We need to get back into the business of expanding trading relationships around the world so we can export more American-made products and create jobs here at home. Reaching a bilateral trade agreement with the United Kingdom will benefit US workers and businesses and strengthen the economic and security ties between our two countries.”