Taoiseach Micheál Martin is expected to raise the issue of Irish access to E-3 visas during his meeting with President Joe Biden on St. Patrick's Day, the AOH says. 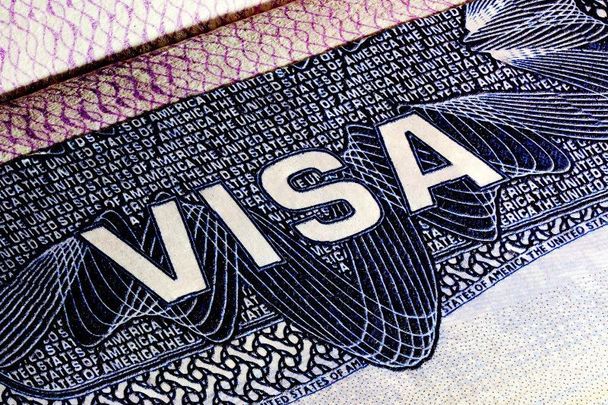 The push for Irish access to E-3 visas in the US is set to be renewed in Washington, DC this St. Patrick's Day. Getty Images

With Taoiseach Micheál Martin in Washington, DC this week for St. Patrick's Day, the Ancient Order of Hibernians (AOH), the oldest and largest Irish Catholic organization in the US, are renewing their push to secure Irish access to unclaimed E3 visas.

“The Ancient Order of Hibernians in America is pleased Taoiseach Micheál Martin will raise the US-Ireland migration issue we have been advocating for with President Biden on St. Patrick’s Day," AOH President Danny O'Connell told IrishCentral on Tuesday night.

O'Connell's comments come after a report in The Irish Times claims US Senators Dick Durbin and Pat Toomey are set to reintroduce legislation in Congress seeking Irish access to the E-3 visa program.

O'Connell said on Tuesday: “Our team has been in regular contact with Senator Dick Durbin [of Illinois] on the Irish E-3 visa that would provide future flow of Irish graduates to the United States.

“Our team has been in regular contact with Charlie Flanagan TD, Chair of the Committee on Foreign Affairs and Defence, on US retirees taking up residence in Ireland.

“We believe now is the time for the E-3 visa program to come to the floor of the Senate. We work daily on immigration and the combined efforts of our Government Liaison John Deasy, our immigration chair Tom Lambert,  and our good friend former Irish Senator Bill Lawless have all been focused on the E-3 visa and future flow between our two countries bound together by history.”

O’Connell added: “St. Patrick’s Day is a special time for US Ireland relations and we believe this year's meeting will be the catalyst to reinvigorate US and Ireland migration.”

John Deasy, a former TD in Ireland who is now the head of government affairs with the AOH, told The Irish Times on Monday: “We believe there will be another attempt to pass an immigration package this year.

“The re-introduction of the E3 bill by Senator Durbin is the necessary first step in that process. “

Deasy added: “It is very significant that the most senior legislator in the Senate when it comes to immigration is doing this. We hope the Taoiseach can make a similar case to US president Joe Biden when he meets him on Thursday.”

What is the E3 visa?

About 10,500 E3 visas are available for Australians to apply for annually. However, only about half of that allotment is typically claimed. The Irish are keen to get access to the unused E3 visas while allowing Australians to still have priority access.

In May 2019, US Representative Richie Neal, who sits on the Friends of Ireland Caucus, reintroduced legislation to grant Irish access to the E3 visa program after it was narrowly defeated in the US Senate in 2018.

Representative Neal’s legislation unanimously passed the House in March 2020 but was never voted upon in the US Senate.