St. Patrick’s Day is a worldwide celebration of all things Irish. Here's some history behind March 17 and the best ways to celebrate! 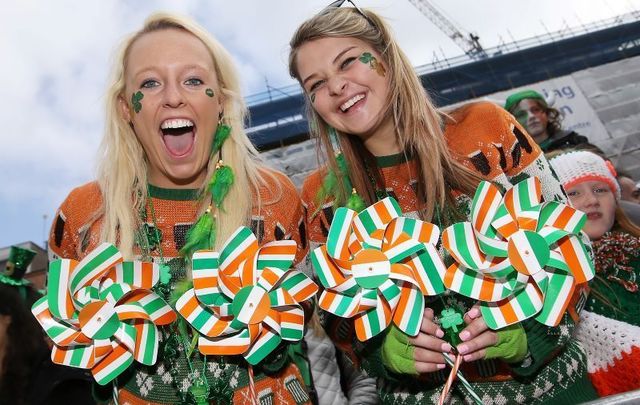 Interesting facts, nuggets of Irish history, and tidbits to remind us what Ireland's national holiday St. Patrick's Day is all about.

Everyone's Irish on St. Patrick's Day! While it's a national holiday in Ireland,  people from New York, to Sydney, to Beijing take the day off work to celebrate all the great things about being Irish on March 17.

You may be an expert on some things related to St. Patrick's Day, but there are many other facts and traditions that aren't too widely known outside of the country or have been all but forgotten over time.

Here to help you brush up on the facts, we have the dummy's guide to St. Patrick's Day, taking you through everything from the smallest traditions, to its history, to the best places to celebrate!

The history of St. Patrick 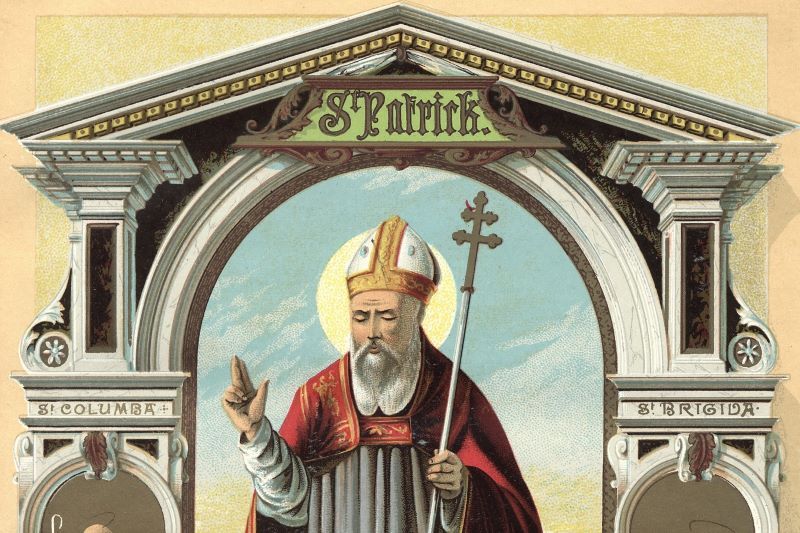 There are various versions of the life story of St. Patrick but for the most part, it is agreed that having being kidnapped from Wales, a young Patrick worked as a slave tending pigs in Co. Antrim until finally escaping and returning home after several years of intense hardship.

Having returned home, however, he was called back in a dream to save Ireland and convert the Irish people to Christianity, subsequently making it his life's mission to deter the native tribes from their pagan ways.

You can read the full story here.

The history of St. Patrick's Day 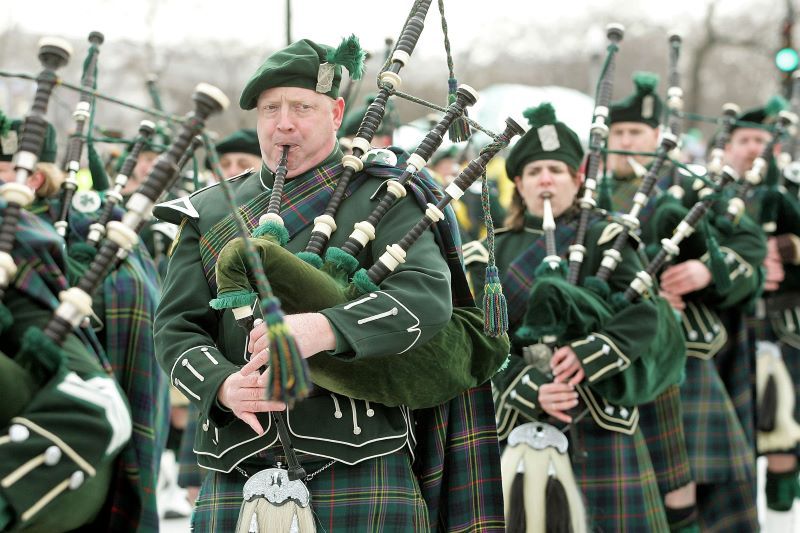 The feast day was penciled into the universal liturgical calendar in the Catholic Church in the early 17th century thanks to the influence of Waterford-born Franciscan scholar Luke Wadding.

When St. Patrick’s Day falls on a Friday during Lent, the obligation to abstain from eating meat does not have to be adhered to.

You can more information on this and other facts you may never have known about the history of St. Patrick's Day here. 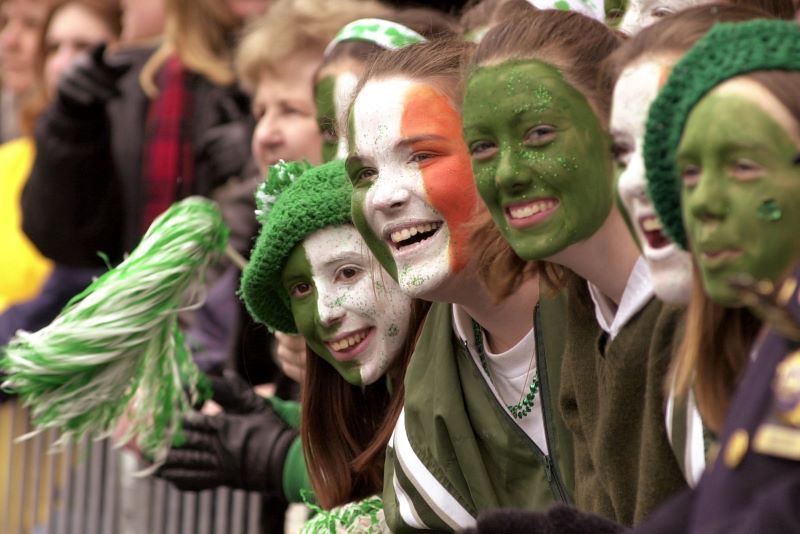 Everyone dons green and gold and wears a shamrock on some part of their body to symbolize their Irishness on March 17, showing the world that they're Irish.

This is just one small part of the many, many traditions that have spread throughout the world through the decades. Some more of them can be found here.

However, there are certain traditions undertaken around the world that the Irish can not claim attachment, too, especially that horrible American habit of incorrectly saying St. Patty's Day or their love of drinking ridiculous green beer.

When pubs in Ireland were closed on Paddy's Day 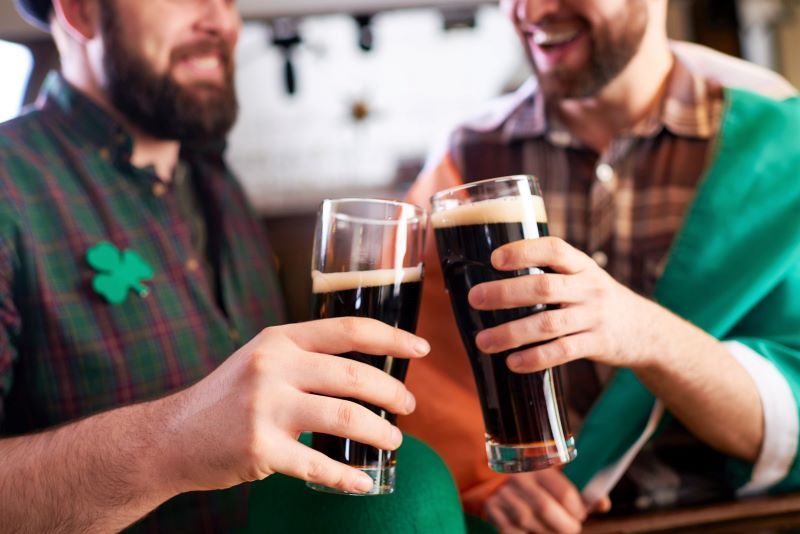 Religious people go to mass on St. Patrick’s Day to pray to God and thank him for their patron saint. It is a traditional day for spiritual renewal and offering prayers for missionaries worldwide even though St. Patrick was never officially canonized as a saint by the Catholic Church.

As a result, up until very recently in Ireland, there was no means by which you could enter a pub or buy yourself a pint of Guinness. You can read the full story of the tradition here. 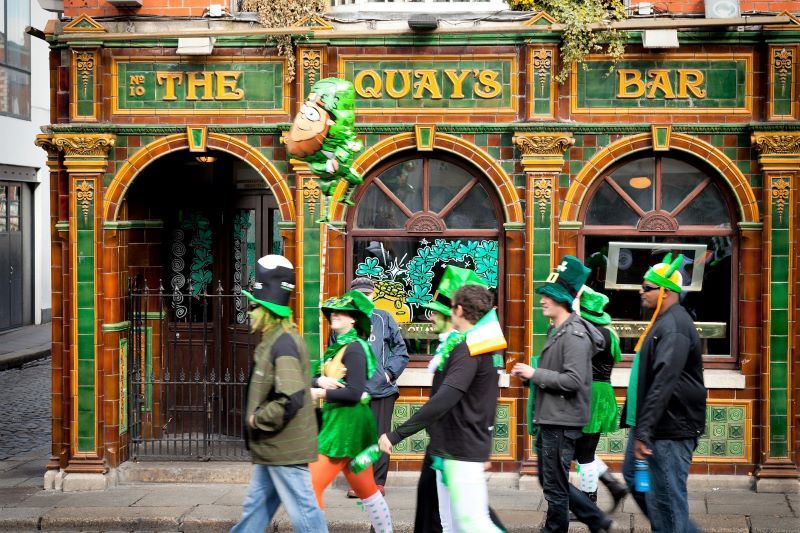 Aside from the huge celebrations that take place in Ireland each year, the rest of the world does their part to celebrate the Irish day. U.S. cities with large Irish populations, such as New York, Boston, San Francisco, and Chicago, go big with their celebrations.

If you need some suggestions on how to spend March 17 this year, here's our list of the top things to do. We also have a collection of some of the best places worldwide to celebrate if you find yourself outside of Ireland or the US. 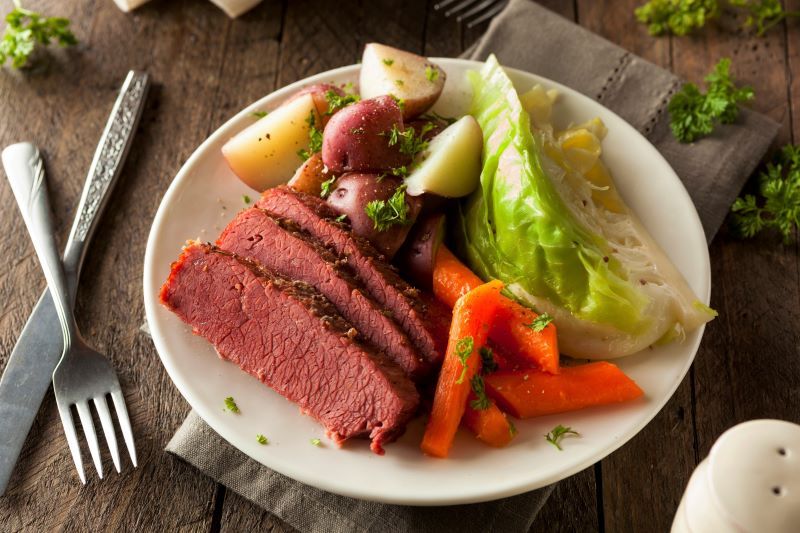 Speaking of food, depending on what part of the world you live in, St. Patrick's Day could still end up being a blustery, rainy, cold and miserable day so it's best to make sure you have something warm and nourishing awaiting you once you head back from the feast day festivities.

You can find some great recipes at all times of the year under the IrishCentral recipes tab but of course, we specialize in the kind of hearty food you'll need after participating in all the parades and parties. You can find a great colcannon, wholesome soda bread, or even an alcoholic Shamrock Shake.

Find a full list of the best food for St. Patrick's Day here. 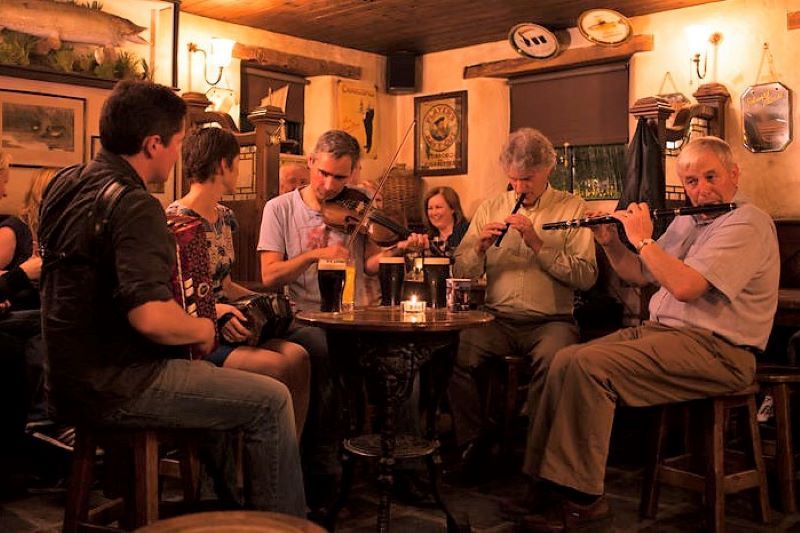 Traditional Irish music and dance can be found on every street corner or in every Irish bar and plenty of activities are made available for children. One of the best things about March 17 is the opportunity to sit down and listen to some live Irish music or to dance a few steps to a jig but if you're unfortunate enough not to find yourself anywhere near a session, we have a great list of the top tunes to make your own St. Patricks Day party this year.

How do you celebrate St. Patrick's Day? Let us know!