Follow these five classic Irish recipes for a genuine taste and aroma of home! 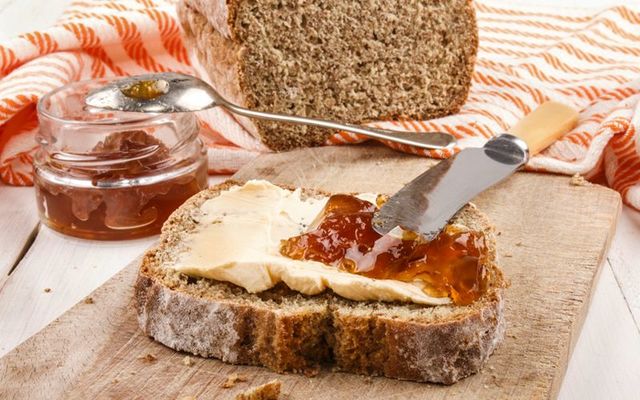 Cook and bake like the Irish for St. Patrick's Day with these traditional Irish recipes. Tourism Ireland

Cook and bake like the Irish with these delicious Saint Patrick's Day recipes!

The Irish love their cooking and baking and they're finally getting their due for the level of taste and sophistication contained in their efforts. This Saint Patrick's Day why not follow these classic Irish recipes for a genuine taste (and aroma) of home? 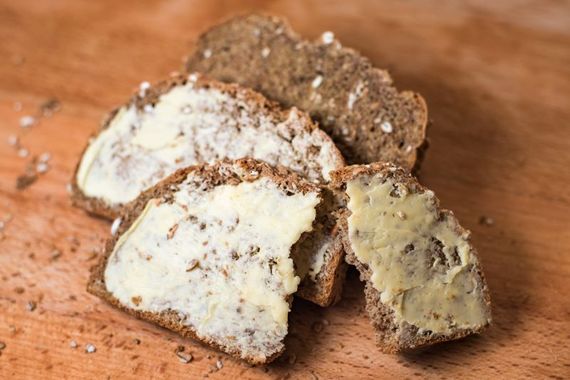 If you want to transform your tiny New York kitchen overlooking the neighbor's washing into a Donegal farmhouse overlooking the Atlantic, baking Irish brown bread is the best way to do it. Just the aroma of it baking in the oven will gladden even Irish hearts.

I can't stress enough, what a favor you'll be doing your loved ones by baking this bread too, because as well as tasting amazing it's highly nutritious. You can do this. It's easy. Here's a trick to get you started.

Look for a five-by-eight-inch loaf tin. Go to your local Williams Sonoma and buy the loaf tin with the most substantial bottom that you can find (the lighter the metal the harder the crust will be, so spend a few extra dollars for one a denser one that doesn't heat through too quickly).

Grease a 9-inch loaf pan with a teaspoon of butter. (It's best to keep it near to, but not on the oven). Then sprinkle the dry yeast and 2/3 cup of the lukewarm water into a bowl, stirring to dissolve. Add the teaspoonful of molasses. Leave for 10 minutes, until frothy. Add the remaining water and stir.

Mix the flour and salt in a large bowl. Make a well in the center and pour in the dissolved yeast and water. Stir in the flour to form a thick batter. Use your hands to mix the batter gently in the bowl for one minute, until it begins to leave the sides of the bowl clean and forms a soft, sticky dough.

Place the dough in the prepared loaf pan and cover it with a dishtowel. Let it rise for about 25-30 minutes. Sprinkle with sesame seeds, if desired. Bake in the preheated oven at 425°F for 30 minutes, and then lower the oven to 400°F and bake for 25 minutes.

Turn the loaf out onto a baking sheet. Return the bread, bottom side up, to the oven. Let cool on a wire rack. 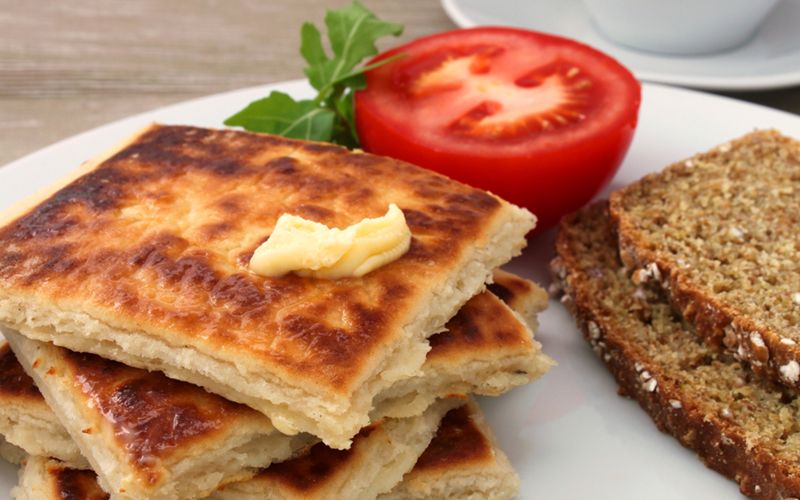 Potatoes are magic, and Irish people know more ways to cook and enjoy them than almost anyone. Fadge (potato cakes) is an Ulster dish that deserves to be world-famous. It's simple to make and it's beyond delicious. Here's what you'll need.

Boil and drain the potatoes and mash them with a generous knob of butter and a cup of milk. Allow to cool (ideally store them overnight in the fridge).

Place two large spoonfuls of flour on a plate, season with salt and pepper. Roll out mash potato on a cutting board and form them into patties about two and a half inches across and one inch deep. Dip them into the seasoned flour and then place them in a heated non-stick skillet (use the bacon fat or olive oil).

Fry for three to four minutes under a medium heat on both sides, until golden. Meanwhile, chop and fry the spring onions in four tablespoons of olive oil in a separate skillet. Serve the onions and oil over the potato cakes. This dish compliments Irish sausages served with fresh boiled peas. 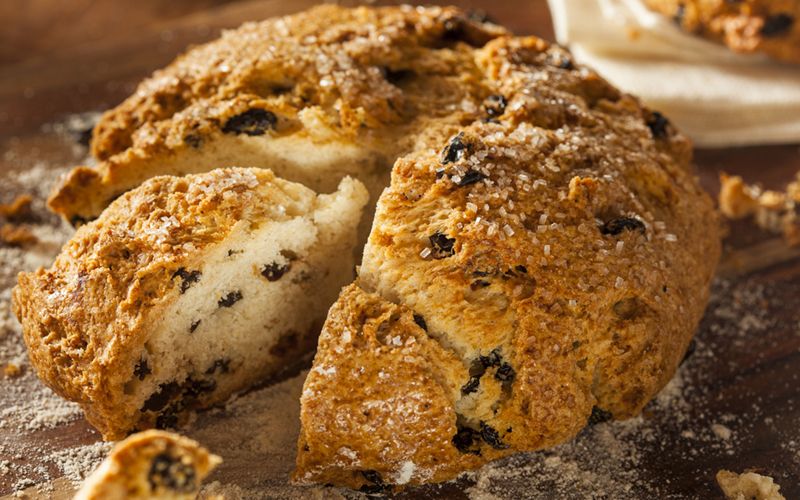 Years ago this cake was saved for special occasions because it used sugar and eggs (which at various times were in short supply in the last century). Now it's just a particularly tasty Irish soda bread that has a wonderful cake-like texture that goes well with butter and fine raspberry jam.

Preheat your oven to 450°F. Measure the flour and sift into a large bowl. Add salt, baking soda, sugar, and one whole egg. Work the flour with one hand until it begins to separate from the bowl. Then add the buttermilk and raisins and continue to mix. The trick with all soda bread is never to over mix it, so a light hand here will be rewarded.

Place the dough onto a floured baking dish and shape into a tidy ball about 1 and ½ inch high. Then use a chef’s knife to cut it deeply in the center, creating four equal-sized triangles. Gently prick each of these rounds to create a small steam hole.

Put into the oven and immediately reduce the temperature to 400°F. Cook for 35-40 minutes. If you are in doubt if it's cooked, tap the bottom, if it is cooked it will sound hollow. This bread is cooked at a lower temperature than soda bread because of the egg browns faster at a higher heat. 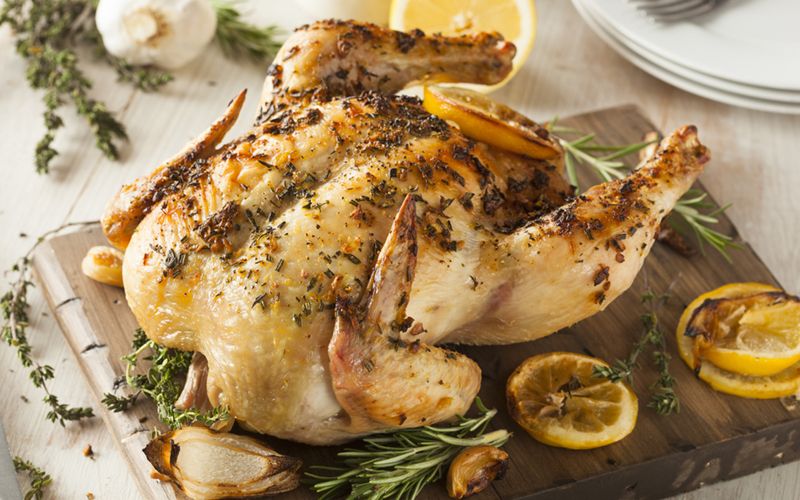 Turn the oven up to 450°F. Rinse the chicken under cold tap water, remove giblets and let stand in roasting pan for twenty minutes until it reaches room temperature. With your fingers rub the room temperature butter into the skin covering the bird.

Place several sprigs of fresh thyme and the smashed garlic clove inside the cavity. Cut the lemon in half and squeeze the juice liberally over the skin. When done place both lemon pieces into the cavity alongside the thyme and garlic. Sprinkle with salt and pepper.

Place the chicken in the middle of the oven and cook at 450°F for 15 minutes until the skin is browned. Turn the oven down to 375 degrees and cook for another 30 – 40 minutes, making sure to baste it in its own juices several times during cooking.

When it's done place the chicken on a carving board and let it stand for at least ten minutes before carving until the juices flow freely from it. Serve with a side salad. 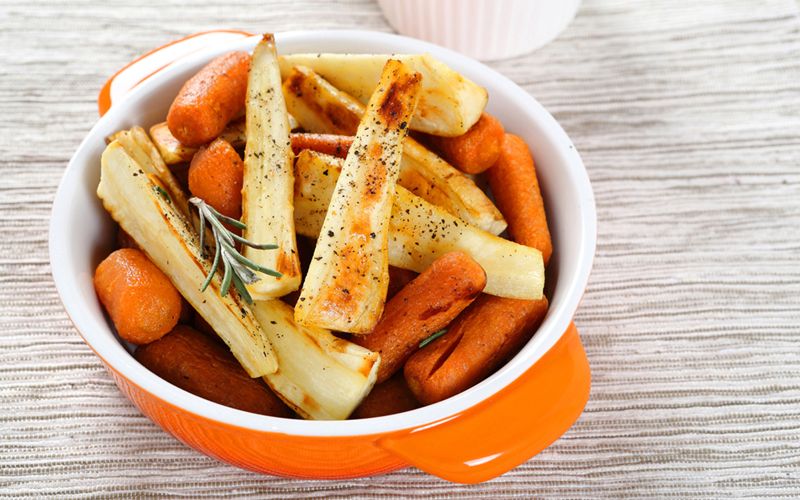 Want to take a classic Saint Patrick's Day condiment to the next level? Try this foolproof way of enlivening a staple that will give it a zing you won't believe. The addition of apricot jam at the end gives the dish a wonderful glaze that compliments the spicy bite of cumin.

Turn the oven up to 400°F and pop the carrots and parsnips into a roasting pan, drizzle with the olive oil and cumin.

Pop into the oven for 30 minutes, taking it out of the oven to baste in the oil from time to time.

When the carrots and parsnips are almost roasted to perfection take them out and drop in the tablespoon of apricot jam making sure to spread it throughout the pan to glaze the vegetables.

Place back in the oven for five minutes. Remove and serve.