When the Moors invaded West Cork and kidnapped Irish slaves

In the summer of 1631 the town of Baltimore, in West Cork, fell victim to a sensational attack by pirates. 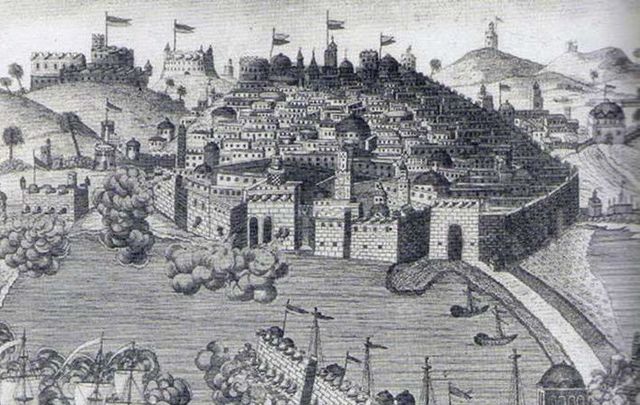 An illustration of the Sack of Baltimore. WikiCommons

More than 100 men, women, and children were taken away from the coves of West Cork to the slave markets of North Africa.

At that time the population consisted chiefly of Irish and settlers from England who had arrived some years earlier to work in the lucrative pilchard fishery under lease from the O'Driscoll chieftain, Sir Fineen O'Driscoll.

Piracy was rife along the shores of West Cork, much of it of a home-grown variety; indeed the settlement's founder, Thomas Crooke, stood accused of involvement himself. However, the danger, in this case, was from much farther afield.

Onboard, two ships that left Algiers was a combined force of Dutch, Algerians, and Turks under the command of one of the most successful leaders of Barbary pirates, a renegade Dutchman, Murat Reis the Younger.

By the time they reached the coast of West Cork, more than 1,000 miles away, they had already seized a number of smaller vessels, imprisoning their crews. The captain of one was a Dungarvan man by the name of John Hackett. Reis' original target was probably Kinsale, but Hackett declared the harbor there 'too hot' to enter, and in return for his freedom he offered to pilot Reis to the defenseless village of Baltimore.

Undetected, the pirates anchored outside the harbor 'about a musket shot from the shore' late in the evening of 19th June. From here they launched an attack on the sleeping village before dawn the next day.

The inhabitants were taken completely by surprise. More than 200 armed corsairs landed in the Cove, torching the thatched roofs of the houses and carrying off with them 'young and old out of their beds'.

Moving on to the main village, the pirates took more captives before musket fire and the beating of a drum alerted the remaining villagers and persuaded Reis to end the raid. By that time more than 100 men, women, and children had been taken. They were herded back to the ships, which bore them away from the coves of West Cork to the slave markets of North Africa.

The raid on Baltimore, immortalized in verse by the poet Thomas Davis, was the worst-ever attack by Barbary corsairs on the mainland of Ireland or Britain. Most of the names in the official report sound English, but it is likely that there were also a few native Irish among the prisoners.

What is certain is that very few of the 107 were ever heard of again (three women at most, who were ransomed up to 14 years after their abduction). The fate of the rest is unknown, but for many, it would have been to end their days as galley slaves or concubines in the harems of Algiers. For his part, Hackett was arrested and hanged on a clifftop outside the village.

The Sack of Baltimore is fertile ground for conspiracy theories. They generally point the finger at the rapacious Sir Walter Coppinger who had been seeking to prise the village away from the O'Driscolls, oust the settlers and secure it for himself.

Whether by accident or design, the pirates carried out part of this plan for him. In the aftermath of the raid the surviving villagers moved inland to Skibbereen and elsewhere in search of greater security and Coppinger's designs on the village were realized. The sack marked the end of the 400-year reign of the O'Driscolls as overlords of Baltimore.