WATCH: 1970 footage of a seanchaí telling the tale of his missing wife in Co Clare

Seanchaí Jack Dinan from Fahy’s Hill in Co Clare tells the tale of his "disappearing wife" in archive footage broadcast in Ireland in 1970. 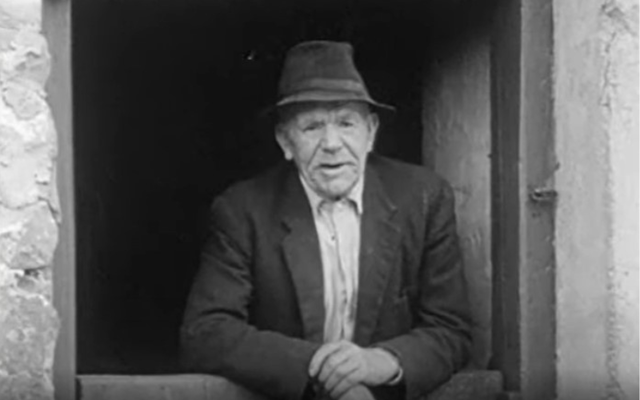 Irish storyteller Jack Dinan shares the tale of his wife who was replaced by a fairy.

In an episode of the RTÉ show ‘Newsbeat’ broadcast in 1970, storyteller Jack Dinan from Fahy’s Hill in County Clare tells the tale of his "disappearing wife".

The story goes that his wife went to bed but when Jack went looking for her, he found a fairy in the bed instead. For the next seven years, he shared the bed with the intruder.

One May evening, Jack was up late with a foaling mare when his wife appeared. He asked her to come home but she replied she couldn't until the fairy left the bed.

After some effort, he managed to make the fairy leave forever. Jack Dinan and his wife lived together for a further forty years and were never parted again.

Irish storytellers were the definition of entertainment in ancient Ireland, holding the key to all of Irish folklore, myth, and legend.

Seanchaí (shan-a-key) were traditional Irish storytellers and the custodians of history for centuries in Ireland. They could recite ancient lore and tales of wisdom whenever it was needed.

The Irish hold a great appreciation for the "spoken word" and the use of language and have created unique and beautifully poetic oral literature.

What did you think of Jack Dinan's storytelling? Let us know in the comments below!