In this archive footage from 1970, reporter John O’Donoghue meets the young people in Dublin who are enjoying the emergence of a vibrant Irish nightclub scene. 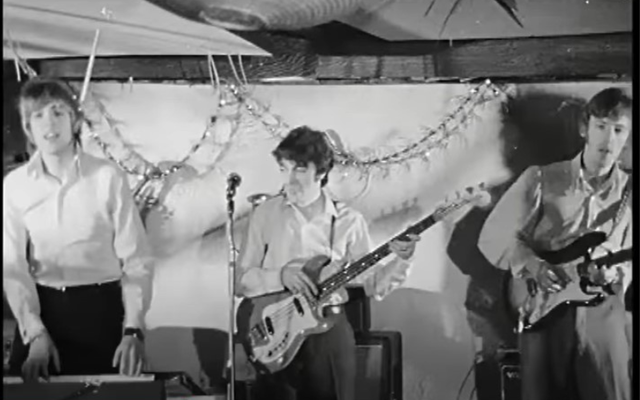 Check out this clip from 1970 Ireland and see what the Irish people thought of the popularity of nightclubs sweeping Dublin and the rise of go-go dancing in the clubs.

In an episode of the RTÉ show ‘Seven Days"  broadcast on 20 March 1970, reporter John O’Donoghue looks at the number of late-night entertainment venues offering music and dance that are growing in Dublin.

The show also visits the nightclubs of Dublin to speak to customers and club owners about what actually goes on in these venues.

The clip opens with, "Pop music captures the excitement and all the enthusiasm of youth. There’s nothing intellectual about an appreciation of pop music. It’s something which compels you onto the floor and makes you want to dance."

"Go-go girls" were also emerging in clubs and bars in Ireland at the time. Dancer Nancy Warren describes the risqué nightlife scene in San Francisco and O’Donoghue warns that Ireland could be heading down this route.

For many revelers, the night does not end when the clubs close. It is on to Gigs Place for a late-night feed.

"Whether you are young or old, whether you see this as a social phenomenon or just as a swinging time, you will certainly see something new to Ireland and without a doubt, there's more to come," narrates O'Donoghue.

The report ends with a young woman telling O'Donoghue that her mother comes to the nightclubs too, "she can't say anything to me [about being here]", she says laughing. "She comes every second Sunday... Daddy comes sometimes too, she enjoys it!"