WATCH: The Irish punks, skinheads and skaboys of Dublin, 1980

During an episode of ‘Ireland’s Eye,’ a reporter speaks to Dublin teenagers identifying as punks, skinheads and rude boys who describe their tribe. 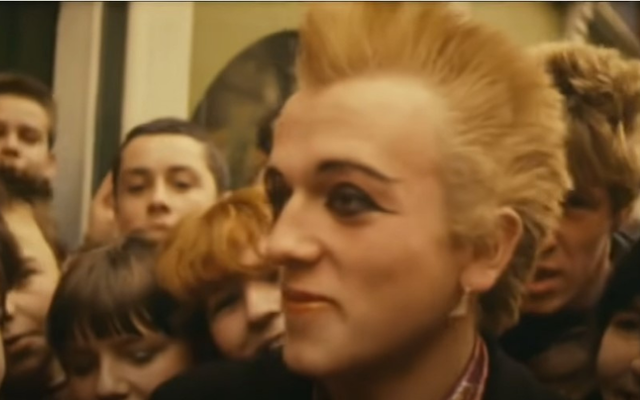 This archive footage shows different subculture gangs in Dublin - skinheads, ska's, punks, and mods - being asked to explain their way of life.

During an episode of ‘Ireland’s Eye’, broadcast on 10 December 1980, reporter Mark Cagney speaks with Dublin teenagers identifying as punks, skinheads and rude boys who describe their tribe.

The clip opens with one teenager surrounded by his friends explaining there's no difference between a skaboy and a skinhead and that he identifies as both.

Another teenager, with spiked bleach blonde hair and heavy eye makeup, is asked what gang he belongs with,

One young woman is questioned to explain what punk is, "it just means being different from everyone else... we don't like society the way is it."

Gang rivalry and hatred between punks and skinheads is very prominent.

"Skinheads just want to kick up a row."

"The mods hate us, they are all just respectable and middle class."

While one gang of skinheads explains that they "hate everyone" because "they just want something to do". When questioned further it seems that their anger comes from the negative attention they get because of their image.

What are Skaboys, Punks, Mods, and Skinheads?

Ska is a music genre that originated in Jamaica in the late 1950s. The bands and fans originally and for the most part idolized al Capone style gangsters and dressed like them.

Punk is made up of beliefs such as non-conformity and includes a diverse array of fashion and other forms of expression.

Mods is a subculture that started in a small group of stylish London-based young men in the late 1950s who were termed modernists because they listened to modern jazz.