In archive footage, the late comedian and actor Niall Tóibín brilliantly demonstrates the array of Irish accents spread across the island of Ireland. 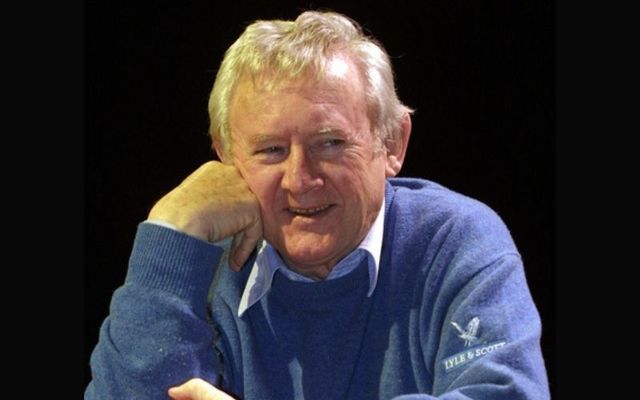 Are you ready to get a crash course in the "bewildering diversity of accents" found across our beautiful island?

In this video, the talented comedian and actor Niall Tóibín, explains the different Irish accents you may come across on your travels around the Emerald Isle.

He starts off in Northern Ireland, where he tells the tale of his local pub owner from Belfast who would need to raise his voice if there was any hope of clearing the bar at closing time.

Tóibín then moves down to County Monaghan and seamlessly switches his accent to recite the poem "Stony Grey Soil" by Patrick Kavanagh who hailed from the area.

He then showcases the range of accents across the Midlands - County  Laois, Offaly, Westmeath, and Longford -"no doubt they take great offense the way we lump them all together, but what's the way the story is."

The "best English" is spoken in Dublin, "that's admitted all over the world... well all over Dublin anyway", though others would argue that Cork is better.

There's no denying though that Galway has the nicest and softest of all Irish accents, except of course when they are "roused".

Lastly, Tóibín finishes in the Kingdom of Kerry and the story of the "cute Kerryman" and the tailor's goose.

Niall Tóibín was born in Cork city, on November 21, 1929, and is best known for his roles in TV and film including the movies Frankie Starlight, Ryan's Daughter, Far and Away, Veronica Guerin, and the TV series Ballykissangel.

In 2005, he became one of the elite group of actors to have his handprints cemented into the pavement outside the Gaiety Theatre.

In 2010, he was honored with a Doctor of Arts degree from University College Cork. He was awarded an Irish Film and Television Award Lifetime Achievement Award in 2011 and in 2015. He was also awarded the freedom of Cork city.