On November 12, 1954, Ellis Island officially closed after admitting millions of immigrants from all around the world into the United States. 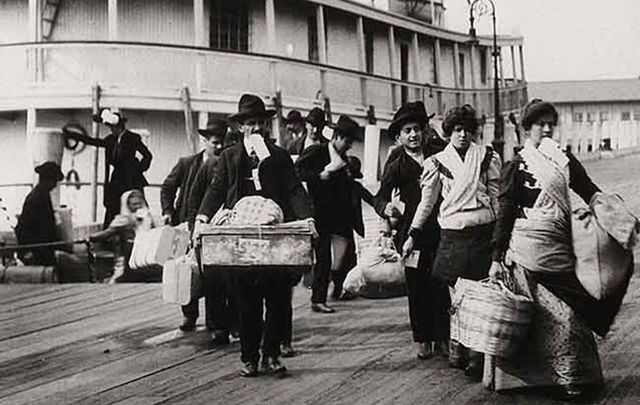 Emigrants landing at Ellis Island, New York: Emigrants have two homes, two places where they have to take us in – and hurray for that. Getty images

On November 12, 1954, Ellis Island officially closed after admitting millions of immigrants from all around the world into the United States. Here, footage of the historic locale reminds us of our immigrant roots.

With the issue of immigration in the US an endless hot topic, it is never a bad time to look back at the Irish people's own story of immigration to the Land of the Free and the first time many of our ancestors may have caught a glimpse of Lady Liberty and the New York skyline.

Below, the short film from the Library of Congress entitled "Arrival of Immigrants - Ellis Island" was filmed in 1906 on the island off of Manhattan which many Irish people referred to as "Isle of Hope, Isle of Tears."

Whether all the immigrants in this video are Irish, I don't know, perhaps a ship had just arrived from Cork but nonetheless, the Irish have a rich history of immigration to New York and a strong link with the famous immigration processing facility.

A young Irish girl named Annie Moore was the first of thousands to pass through its doors when it opened in 1892 and her story is remembered and celebrated in the museum that stands on the island today. 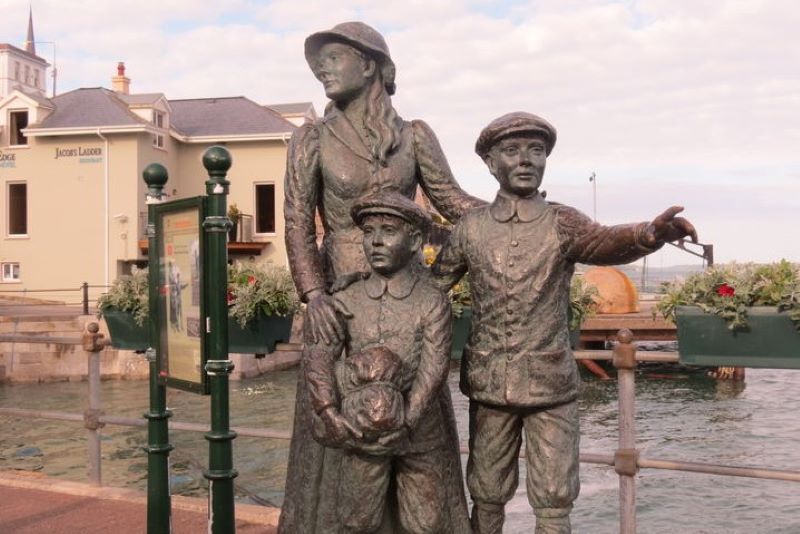 Annie Moore, with her brothers Phillip and Anthony, memorialized with a statue in Cobh, Co Cork (Ireland's Content Pool)

About halfway through, a little girl walks by, and I wonder what became of her. She must have looked on that long trip from Ireland as a great adventure and was probably glad it was now over.

I think I see her again in the second frame, waiting for someone.

The immigrants are clearly through Ellis Island, and the medical exam,  and have been reunited with their possessions, heading for Manhattan aboard the ferry.

They must be so happy to finally find their path open to a new life in America.

Where did they all end up?

Is there someone there now related to one of these brave souls facing their new world?

I don't know, but it's always important to remember where 100 million of us came from—through Ellis Island.

Did anyone in your family come to the US through Ellis Island? Let us know in the comments, below