In an extract from her new book, Marion McGarry looks at important Irish summer dates from days gone by. 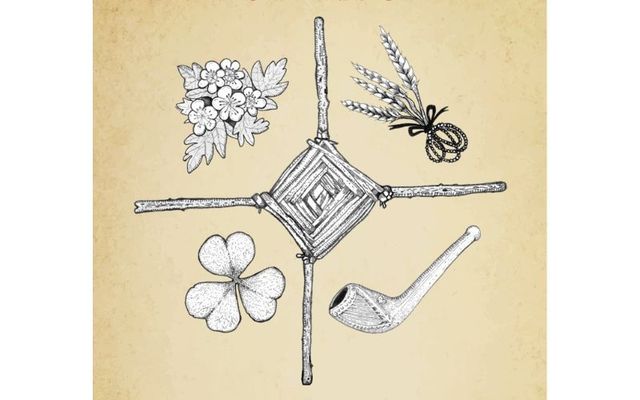 Cover art for "Irish Customs and Rituals: How Our Ancestors Celebrated Life and the Seasons" By Marion McGarry.

In an extract from her new book, Marion McGarry looks at important Irish summer dates from days gone by.

In the middle of July, the 15th to be precise occurs St Swithin’s Day. It is not a particularly Irish festival but on a small Atlantic island with an agricultural economy, the ever-changing weather is part of daily conversation. The weather was noted at this time as poor conditions could make a good or bad year for farmers.

“St Swithin’s day if it should rain

For forty days it will remain

St Swithin’s Day if it be fair

For forty days will rain no more”.

In the past, in a world where there were no meteorological reports, people tried to predict the weather as best they could. At certain times of the year, the weather was observed for signs of things to come and sayings developed to help mark out weather changes. St Swithin’s Day was deemed important in predicting the weather. It was believed that if it rained on that day, then the following 40 days would also be wet. But if conditions were good, it would be good for 40 days. The legend goes that the spirit of St Swithin, a humble man, was so outraged by the ostentatious funerary memorial erected in his honor that he made it rain so heavily until his followers took it down.

Although Swithin was an English saint, the custom was observed in Ireland and for a time at least, was viewed as a sound way of predicting weather so that the belief became firmly rooted. There were many weather signs watched for apart from the famous Swithin’s Day. Between Christmas and St Brigid’s Day, people expected the worst weather of the year. A February with mild weather indicated a bad year of weather to come, while a lean harvest was expected if the cuckoo was heard while the trees were still bare of leaves.

This meant a pink (red) hued sunset heralded good weather the next day, whereas a pink skied dawn signified rain. A ring around the moon indicated a coming storm. Swallows flying low was deemed a sign of rain. It was thought that seagulls flying inland signified storms. And when a cat ate grass it might be a sign of rain. Rain too was predicted when cattle lay down in the fields, or if they stood with their backs to the hedges.

July was known as the hungry month in Irish tradition. This lean period prior to the first harvest of potatoes occurred during the six weeks between Midsummer and July. It was also known as ‘the bitter six weeks’ when stocks of food were low. The previous year’s supply of potatoes was exhausted as was flour, oatmeal and other provisions.

It seems our ancestors were permanently in hungry mode; when they were not waiting precariously for the harvest, they were fasting or forbidden to eat meat by the church. Thus, they were denied food in many ways throughout much of the year. Much of the rich, good food that was produced in the home was sold to others to bring money into the household, such as butter or eggs. People existed on very little in their diets: dull food and not much meat. So when a poor harvest occurred, or worse still, a famine, their health was in jeopardy. It was a hard, precarious existence. And there were many poor harvests and many famines – not just the Great Famine – that occurred throughout Irish history. But every summer an annual and expected hunger occurred as people awaited the harvest, Hungry July was thus a miserable time when people awaited the ripening of the potato and other crops. It would end with the celebration of the first of the harvest, on Garland Sunday and Lughnasa.

But it was not all doom and gloom. The Irish calendar year was punctuated by feast days and seasonal markers that gave cause for celebrations and little festivities. People looked forward to ‘Hungry July’ coming to a close by celebrating what is commonly known today as Garland Sunday. Like most old Irish festivals, it has much older roots originating in the ancient festival of Lughnasa (named after the god, Lugh). This is one of the four major seasonal festivals, along with Samhain, Imbolc, and Bealtaine.

It traditionally occurs on August 1 (Lá Lughnasa), however, over the years, the celebrations moved to the final Sunday in July, to allow laborers a day off during the busy harvest season. It marked the beginning of autumn.

There are very many names throughout the country given to this day: Reek Sunday, Sunday of the new potatoes, Lammas Sunday, Hill Sunday, Bilberry Sunday to name a few.

In the past Garland Sunday was a day for gathering outdoors, by lakesides or atop mountains and many other sites across the country are associated with this day.

Today, it is an annual day of pilgrimage, most famous for the climb of Croagh Patrick, Co. Mayo, known as Ireland’s holiest mountain. It is where St Patrick is said to have spent 40 days and nights fasting, and to honor him, pilgrims ascend the mountain on this day, praying for special intentions or as an act of penance. Many of them climb barefoot, performing circuits of certain sites on the mountain before attending Mass in a church on the summit.

* Taken from "Irish Customs and Rituals: How Our Ancestors Celebrated Life and the Seasons" by Marion McGarry.

WATCH: Here's what a summer in the Donegal Gaeltacht looked like 60 years ago