Time is ticking for the Taoiseach

Slowly, almost imperceptibly, the power is beginning to seep away from current Taoiseach Micheál Martin as the date for his handover of power to Tanaiste Leo Varadkar approaches the six-month mark. 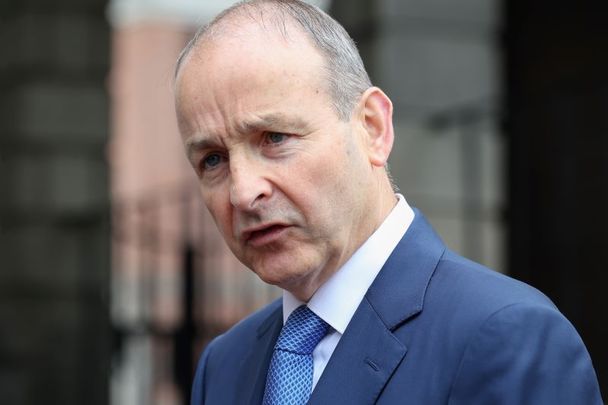 May 17, 2022: Taoiseach Micheál Martin speaking to the media while arriving at Dublin Castle. RollingNews.ie

While Micheál Martin is not yet in lame-duck territory, at some point, possibly over the summer recess, such a tipping point will be reached and the focus will shift from his current plans to those of his successor.

It's worth looking once again at the terms of the deal for government that was put together in June 2020 which saw traditional bitter rivals Fianna Fáil and Fine Gael share power with the support of the Green Party. It states inter alia that the “leader of Fianna Fáil will hold the office of an taoiseach until December 15, 2022, on which date he will offer his resignation to the president and all parties and TDs supporting the government will support the nomination of the leader of the Fine Gael party.” 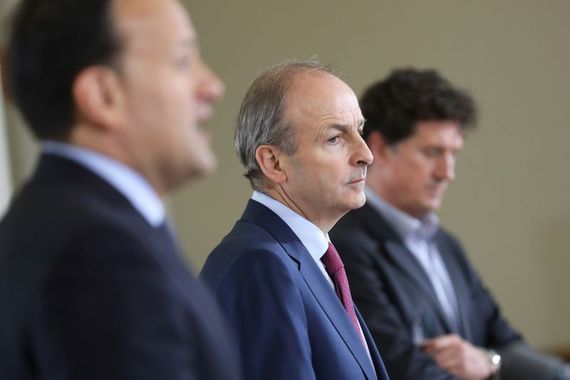 While Martin’s term as taoiseach got off to a bumpy start, he has had a successful past 12 months as the country rapidly recovered economically from Covid. For instance, latest employment figures show over 2.5 million in work during the first quarter of the year, a number that exceeds pre-pandemic levels. Martin has also held the line on Brexit and the Northern Ireland Protocol.

However, storm clouds are beginning to gather. First off is the reopening of discussion and dissent within his own party.

Barry Cowen, a former minister for agriculture who was sacked by Martin after just 17 days in office over a drunk driving row, tabled a motion at an internal Fianna Fáil meeting questioning the performance of the party in government and saying it has been sidelined by Sinn Féin. It is a shot across the bow from Cowen, who has long contended that Fianna Fáil should have a new leader before the next election.

There is no immediate danger to Martin. For the next six months, he holds all the cards as a government reshuffle will follow a change in taoiseach and he retains the power to promote backbench TDs to ministerial jobs.

Cowen will bide his time and likely strike again in the new year. He will not be alone at that juncture as hell hath no fury like a disappointed TD, and there will be plenty by then.

Indeed, that reshuffle poses a dilemma for Martin as to which position he will take. The obvious one is foreign affairs, a job he previously held, as that will ensure he remains at the center of discussions on Northern Ireland.

He certainly will not want to have Fine Gael controlling the policy on the North which they would do if they held the office of taoiseach and minister for foreign affairs. The ghosts of Fianna Fáil would rise up against that regardless of the present détente between the parties. Current Foreign Minister Simon Coveney, lauded by nationalists for his stewardship on the northern question, may be the loser in that particular power play. 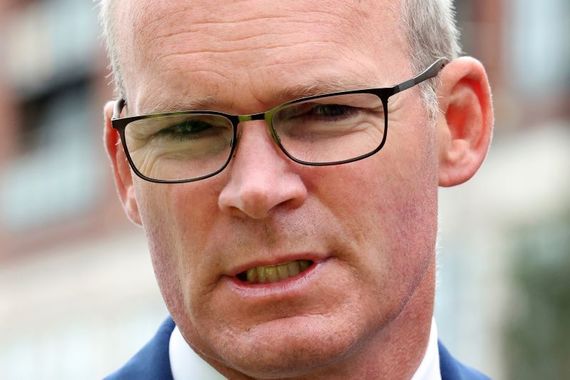 Some old unfinished problems are also returning. Housing and homelessness are once again beginning to chip away at confidence in the competence of this government. As the man in power, Martin is taking a hit.

The other indication of a shift in the balance of power is recent statements by his presumptive successor Varadkar, who has returned to a theme he previously promoted: Fine Gael being the party that looks after those who “rise early,” code for the economically stretched middle classes.

In an implied criticism of current government direction, he stated he wanted his period as taoiseach, or as he put it “the second half of government,” to commit to significantly reducing the cost of living for working families and middle-income families in Ireland. The fact that he hasn’t delivered on his previous commitments in relation to this cohort despite being at the very center of government since 2017 doesn’t appear to bother him.

While Varadkar has been somewhat restrained in his public pronouncements to date, there are reports of his inner circle beginning to flex their muscles in anticipation of a return to power. Where this is having effect is among the civil servants who pull the levers of power. They are more adept than most in sensing the prevailing winds, and they certainly are blowing in Varadkar’s direction.

However, Varadkar shouldn’t be counting the chickens just yet. Gardaí investigating the leak of a confidential contract by Varadkar to a friend have concluded their investigations, and a decision as to whether a prosecution will follow is awaited. If he is prosecuted, it will make it difficult for him to assume the position of leader of the country.

Being Ireland, this decision is taking an interminably long time, but most commentators believe that Varadkar as a senior politician with influence will not have to face a court case. Again, this is Ireland after all.

The changeover of taoiseach will have its own challenges. Disgruntled TDs in other parties will seek to cause difficulties.

The Green Party, which also signed up to government, suspended two of its TDs recently over a vote on the National Maternity Hospital. A situation that has led to the government having a majority of only one at present in the Dáil. Their readmission will be discussed just prior to the changeover.

Will that party try to renegotiate the program for government, and will their membership support any new arrangement?

What is concentrating all minds are the opinion polls which show Sinn Féin with an enormous lead which, depending on the polling company, has them either practically level or just ahead of the combined total support of Fianna Fáil and Fine Gael.

The old truism surely applies to those two parties – if they don’t hang together, they’ll hang separately. Ireland’s political landscape is being reshaped before our eyes.

So where does this leave Martin? Well, he’s still in the driving seat and no doubt would like a significant win before his term is up.

The success of Irish taoisigh is by and large defined by how they perform in relation to Northern Ireland. A moribund Northern Assembly, an intractable dispute with the UK over the Brexit Protocol, and a resurgent Sinn Féin do not look well on the list of achievements for Martin.

Added to that is his reluctance to contemplate a border poll, allowing Fine Gael to raise the issue first within government. It’s hard to see how he can turn this around. The clock is ticking and the likelihood is that his term will end with a whimper rather than a bang.

*This column first appeared in the June 8 edition of the weekly Irish Voice newspaper, sister publication to IrishCentral. Michael O'Dowd is brother to Niall O'Dowd, founder of IrishCentral and the Irish Voice.