The three political parties have officially backed the coalition Programme for Government and Micheál Martin is set to be made Taoiseach this weekend. 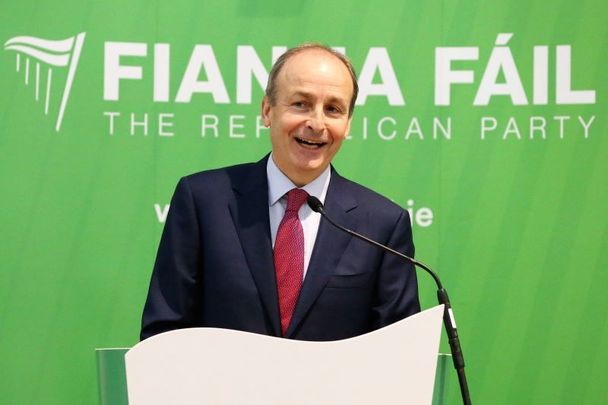 The memberships of the Irish political parties Fianna Fáil, Fine Gael, and the Green Party have all voted in support of the draft Programme for Government that was finalized earlier this month.

Having secured the support of the party memberships, the three parties are set to enter into a historic government coalition.

The Republic of Ireland has been operating under a ‘caretaker’ government since March after it held its General Election 2020 in February.

Today it was revealed that the Green Party, led by Eamon Ryan, approved the programme for government by 76 percent, with 1,435 votes in support and 457 votes in opposition.

The Green Party has joined both Fianna Fáil and Fine Gael in giving its backing to the programme for government, paving the way for a historic coalition between the parties. | Read more: https://t.co/vxO7sEePpQ pic.twitter.com/VZr4osmvJV

Fianna Fáil, led by Micheál Martin, had a similar margin with 74 percent in favor of the PfG, and 26 percent against.

The results of the vote are as follows:
74% in favour.
26% against. pic.twitter.com/gss9R1E9Eb

Fine Gael, the party of current Taoiseach Leo Varadkar, approved the PfG with a vote of 80 percent to 20 percent.

As part of the Programme for Government that was voted upon today, the coalition has agreed to a 'rotating Taoiseach.' According to RTE, Micheál Martin, the head of Fianna Fáil, is now set to be elected as Taoiseach at a special meeting of the Dáil tomorrow, June 27, and will begin his two-and-a-half-year term before it goes back to Leo Varadkar, the head of Fine Gael.

The new Cabinet will also be revealed when the Dáil holds its special sitting at the Convention Centre, to comply with Covid-19 social distancing rules.