A confluence of the Catholic Church, women’s reproductive care, government contracts, and ownership and control has liberal Ireland in a tizzy. 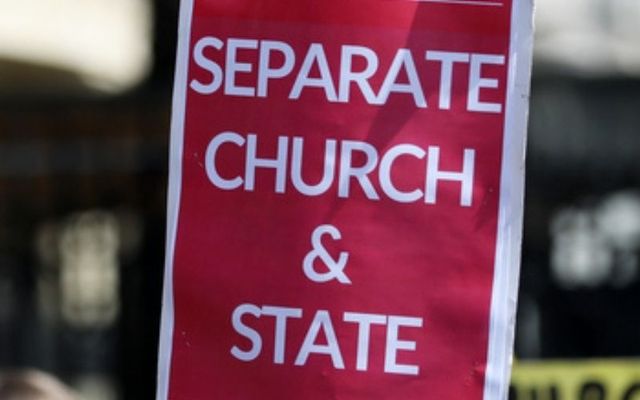 It is the perfect “woke” storm. The saga of Ireland’s proposed National Maternity Hospital (NMH) has filled countless pages of newsprint and consumed many hours of broadcast over the last two weeks.

A confluence of the Catholic Church, women’s reproductive care, government contracts, and ownership and control has liberal Ireland in a tizzy, with former comrades in arms at one another throats amid allegations of betrayal, bad faith, and political opportunism. It has also brought to the fore, on social media and elsewhere, anti-clericalism and disturbing anti-Catholic commentary.

The story goes back to 2013 when the government of the day announced plans to relocate the National Maternity Hospital on Holles Street in Dublin to the St. Vincent’s University Hospital campus at Elm Park about three miles away. The site was chosen because of a key recommendation in a government report that stated that co-location of maternity hospitals with adult acute services was the optimal solution for the provision of hospital-based maternity services, providing access to a full range of medical and surgical specialties and clinical support services.

Nine years on and the conditions in Holles Street have deteriorated, with numerous reports highlighting issues of overcrowding, poor hygiene, and queues of expectant mothers for limited toilets and showers. Parts of the building date back to the 17th century.

The Minister for Health Stephen Donnelly spelled it out in detail last week. “Fourteen women in a ward, with only a curtain separating beds, and with inadequate shower and toilet facilities. This increases the risk of infection; it compromises the privacy and dignity of patients who queue in the public corridor to use bathroom and shower facilities. The environment is not one where women can be treated with dignity and respect,” he said.

With over 9,000 births each year, all are agreed that a new NMH was required and that the St. Vincent’s campus is a no-brainer because along with proximity to Holles Street, both hospitals have a long history of cooperation, especially in cases when urgent additional care is required.

What is under dispute, however, is the ownership of the site and governance of the new hospital, and this is where the church comes in. The land for the new hospital was owned by the Religious Sisters of Charity and was transferred through what some commentators have described as a labyrinth series of transactions to an independent charity, with the new hospital being governed by an independent board. The land will be leased to the government for 299 years at a cost of €10 a year.

However, this arrangement has not been accepted by a number of prominent campaigners. Chief among them is Dr. Peter Boylan, who led the campaign in 2018 to remove Ireland’s 8th Amendment which prohibited abortion except where the mother’s life was at risk.

Boylan, who retired in 2017, steadfastly opposes the governance arrangements on the basis that he believes that a Catholic ethos could influence healthcare decisions, especially around the area of abortions.

His evidence, frankly, is incredibly thin and is based mainly on a legal term inserted by the government Health Service Executive that all procedures should be “clinically appropriate.” He also wants the publication of all communication between the Sisters of Charity and Rome which he terms, rather strangely, the “Vatican Correspondence.”

Other campaigners are unhappy with a provision to allow the minister for health to appoint three directors to the hospital board. What will happen, they ask, if a conservative minister takes control? How that can be sorted out by giving the minister full control, as they are calling for, is inexplicable.

Boylan’s point of view has been decisively rejected by current medical practitioners. The current master (head) of the NMH, Dr. Shane Higgins, said this week that he was “alarmed by the combination of emotive misinformation and misunderstanding that prevails” in discussions about the new hospital.

Boylan won’t let go though and has taken to tweeting photographs from the chaplain’s office in St. Vincent’s Hospital complaining that Mass was available in the hospital oratory and on streamed TV, conveniently omitting that St. Vincent’s has a multi-denominational team of chaplains providing spiritual and emotional support as an integral part of total patient care.

Boylan is fast becoming a rebel without a cause yearning for past glories. But those opposed to the Catholic Church are in full voice.

From “seize the land” to “burn the nuns in hell,” the full gamut of hate speech has been unleashed. What to most was a most generous offer of a 299-year lease at a nominal rent has been thrown back in their face. They have also turned on the former Minister for Health Simon Harris saying he betrayed those that supported him during the 8th Amendment campaign.

That’s not to say that genuine questions were not raised. In particular, why the issue of compulsory purchase of the site at St. Vincent’s was not looked at 10 years ago.

The current legal advice is that it is too late and too risky to go down that route now. It would add at least five more years to the construction of this badly needed facility with no guarantee of success in the courts at the end of that time.

The government hopes to put this whole affair to bed this month with the request for tenders scheduled to be published shortly. With campaigners vehemently promising to lie down in front of bulldozers, it might not be that simple.

However, there are greater battles on the horizon. This is seen by many as a proxy war over abortion. A shot across the bows, as it were, to those who wish to roll back aspects of the recently introduced legislation.

While procedures are legal there will not be any challenge, but abortion is now decided by governments and politicians, and all eyes are trained on the U.S., with the pro-life movement in Ireland taking heart from Supreme Court developments there.

*This column first appeared in the weekly Irish Voice newspaper, sister publication to IrishCentral. Michael O'Dowd is brothers with Niall O'Dowd, founder of the Irish Voice and IrishCentral.