Are women being hurt by the long delays over Vincent's or should Ireland's be concerned over the Catholic ethos the nuns might rule with? 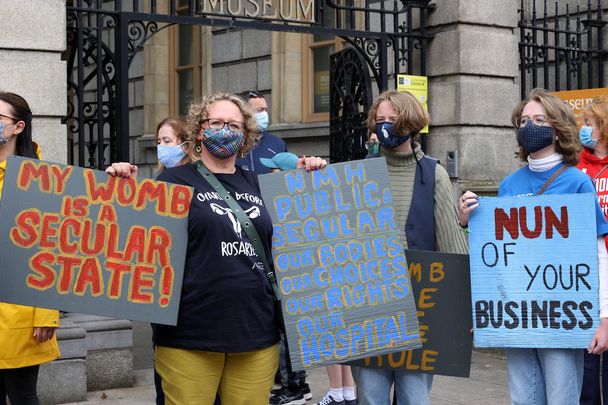 Get your mitts off my bits. Keep your rosaries off my ovaries.  The catchy slogans were being used again at protests here last week over who will have the final say at the new National Maternity Hospital to be built in Dublin. Will it be the state, which is paying to build the hospital?  Or will it be the nuns, who control the ownership of the land on which it is to be built?

We saw these slogans on placards three years ago when the repeal referendum removed the near-total ban on abortion in Ireland.  Abortion is now available here, although in somewhat restricted circumstances.   And it is abortion that is at the core of this latest dispute over who should control health care in Ireland.

The existing National Maternity Hospital at Holles Street in Dublin city center is over a century old and no longer fit for purpose.  Rather than trying to adapt the old building, a decision was taken some years ago to build a new facility at a site a few miles away where two major hospitals already exist.  These are St. Vincent's public and private hospitals, both founded by the Catholic order of nuns, the Sisters of Charity.

Although Holles Street Maternity Hospital (set up in 1894) had originally been an independent charitable institution with a Royal Charter, the Catholic influence has been strong there since the 1930s when the archbishop of Dublin became chairman of a new board.   Despite this, the hospital was seen as having a degree of independence and was not under the control of a religious order.

There was some concern, therefore, when the nuns offered the St. Vincent's site, on the south side of the city, for the new facility.  There are advantages to having a new maternity hospital beside existing general hospitals.  And the site would not cost the state anything.

But how much control would the nuns have?  Could the Catholic ethos become dominant?

The arguments over this have delayed the project for a number of years now.   And they are still not resolved, with strong views on both sides.

On one side those close to the project, including most of the senior medical staff at Holles Street, say they are not constrained in the services they provide at present and are confident that all services that are legal in the state, including abortion, will be provided when they move to the new facility.  They say that women are being hurt by the delay and they blame overly zealous feminists for this. 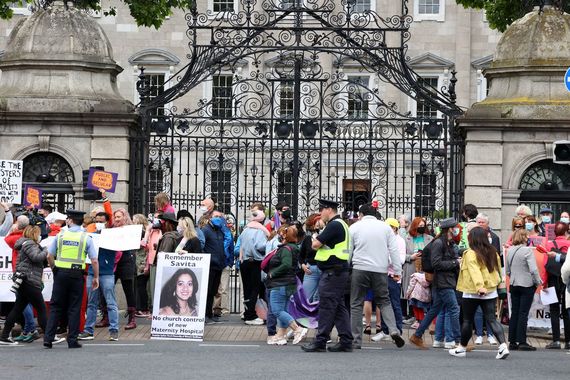 On the other hand, there are many women who are outraged at the possibility that the nuns might have a say in how the new maternity hospital will be run.  And there are many people who are concerned that the state will be spending €800 million building the new facility but won't own the ground it stands on.

These concerns grew louder recently, and they have influenced the government with some ministers now saying it would be preferable for the state to own the site.

So far, the nuns seem to be unwilling to gift or sell the site to the state.  What they are willing to do is to transfer the ownership of the site out of their charitable entity which now owns all of the St. Vincent's complex to a new independent charitable entity called St. Vincent's Holdings which will be outside their control. They say there are complications which prevent a sale, including a mortgage raised some years ago to build the private hospital at the complex.

The nuns also say that a sale of the site could undermine necessary links between the new maternity facility and the existing general hospitals.  This could have a negative effect on the provision of care in complex cases and emergencies.

What the nuns have proposed is that the new owner of the site, St. Vincent's Holdings, would lease the land to the state for 99 years, with provision for an extension.  But critics say that the new holding company, despite its notional independence, may still be under the influence of the nuns and this could affect the ethos of the new hospital. 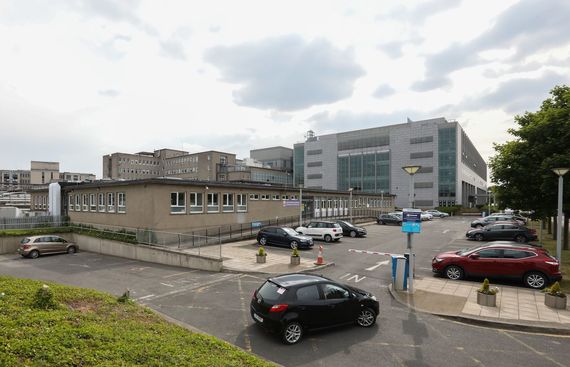 The site of the new National Maternity Hospital at St. Vincent's in Dublin.

An added complication in the background is that the Vatican has an overseeing role in what the nuns do, and Catholic Church policy prohibits abortion.

The present stand-off has led to demands that the state should use a Compulsory Purchase Order (often used to buy land for motorways) to get the site.  But there are legal difficulties in this, as well as the very high cost involved (the large site is in a prestigious location, beside Elm Park Golf Club and the RTE studios).

From the nuns' perspective, even though they don't want to sell, they say they are effectively gifting the use of site to the state.  The value of the land could be up to €200 million, based on the valuation of a portion of the RTE site nearby which was sold recently for a housing development.  The nuns probably feel that they are being generous, and instead of getting thanks in return they are getting abuse.

Boylan has also asked that the figures for the number of abortions carried out at the existing St. Vincent's hospitals over the past year should be released so that comparisons can be made.  Abortion is supposed to be generally available in hospitals here, but there are concerns that some hospitals that were (or to some degree still are) controlled by religious orders have been slow to provide these services.

The Sisters of Charity nuns say they now have no role in the running of St Vincent’s and won't have any role in the new maternity hospital.  Since their numbers have declined sharply in recent years and the average age of the remaining nuns in the order is around 80, that is understandable.

They were once the best known nuns in Ireland -- running schools, hospitals and charitable institutions all over the country -- but those days are long gone.  Their main concern these days is making an orderly exit from the facilities they ran in the past, while remaining true to their Catholic beliefs and their vows.

The tensions over the St. Vincent's site are not unique to Ireland.  Like in New York and other cities around the U.S., many of the hospitals in Dublin and around Ireland were set up and then run over many decades by Catholic religious orders.  But these difficulties emerge more often here because of the extent of the role the religious orders played in Irish society since the foundation of the state.

After the painful revelations about what went on in some of the institutions here like the Magdalene Laundries, Mother and Baby Homes and orphanages it is easy in retrospect to condemn the nuns who ran them.  The same applies to the Christian Brothers who ran "industrial schools" (reformatories).  This has led to intense pressure to remove religious orders from any remaining role they might have in education and health care.

That is understandable, although we are applying today's standards to the very different situation that existed 60 or 70 years ago.  Back then, the Irish state (and Irish society generally) was happy to be able to delegate the running of orphanages and institutions like Mother and Baby Homes to the religious orders.  Out of sight, out of mind was the attitude.

This applied to the provision of health care and hospitals as well.  The nuns made up for the failure of the state to provide these services, particularly to the poor, not just in Ireland but in countries around the world.  And those people, just like ordinary people in New York and elsewhere, were deeply grateful for the work the nuns did.

Maybe the religious orders became too powerful in Ireland, but the power was ceded to them willingly by both the state and the people.  We are now in a different era, a more secular time.

There is very little tolerance today for the idea that the religious orders should have any control of services that should be provided by the state.  That applies increasingly to education but especially to health care.

There is more awareness these days of how absurd it is that the religious orders have been able to maintain control of schools, hospitals and other institutions even though they were funded originally by charitable donations and the running costs these days are entirely borne by the state.  The outcome of the row over the St. Vincent's site will be an indication of where we are at on this difficult journey.