Detectives from the National Bureau of Criminal Investigation questioned Varadkar for several hours in the presence of his solicitor, while officers also investigated his mobile phone. 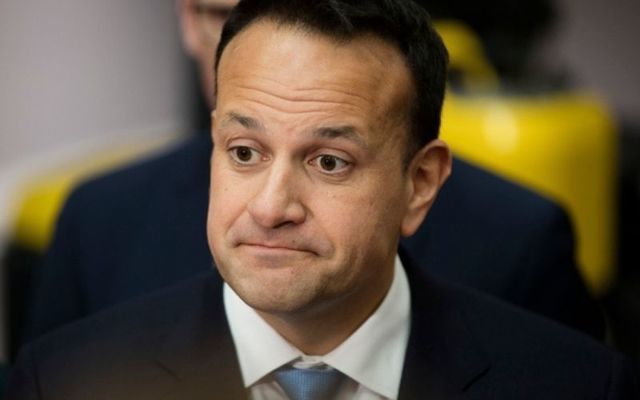 Leo Varadkar allegedly leaked a private document to his friend while serving as Taoiseach in 2019. Rolling News

Gardaí have questioned Tanáiste Leo Varadkar over the leaking of a confidential Government agreement to his friend Dr. Maitiú Ó Tuathail.

Varadkar was interviewed in relation to the incident on Friday, April 9, while gardaí also interviewed Ó Tuathail on a different date.

Detectives from the National Bureau of Criminal Investigation questioned Varadkar for several hours in the presence of his solicitor, while officers also investigated his mobile phone.

Both Varadkar and Ó Tuathail were interviewed under caution but were not under arrest. They both made appointments to be interviewed, which is common during criminal investigations.

Varadkar is under investigation for leaking a confidential GP contract between the Irish Government and the Irish Medical Organisation (IMO) to his friend Ó Tuathail in April 2019. Ó Tuathail was head of rival organization the National Association of GPs (NAGP) at the time of the leak.

Varadkar has admitted to sharing the document with Ó Tuathail, although he denies any wrongdoing and does not believe that he has committed an offense.

The Tanáiste survived a Sinn Féin vote of no confidence in the Dáil and said that he shared the document with Ó Tuathill to encourage members of the NAGP to sign it.

Last month, he repeated his claim that he did nothing wrong by leaking the agreement.

"It wasn't a contract nor was it a draft contract. It wasn't a Cabinet document, it wasn't a Budget secret," Varadkar said.

"So a lot of things that have been said about this are inaccurate and continue to be inaccurate."

Documents obtained by Sinn Féin's Pearse O'Doherty under the Freedom of Information Act showed that Varakdar requested a hard copy of the agreement to be waiting for him when he stepped off a Government jet after a trip to Brussels in April 2019.

"Wondering when they are going to publish it and release it to members," Varadkar said in an email to the official.

The National Bureau of Criminal Investigation has been investigating the leak since a complaint was made last November. Detectives have interviewed more than a dozen witnesses during the five-month investigation.