Lessons Ireland can learn from the US Trump Biden election

The reaction in Ireland to Joe Biden's election has been jubilant, which is no surprise. 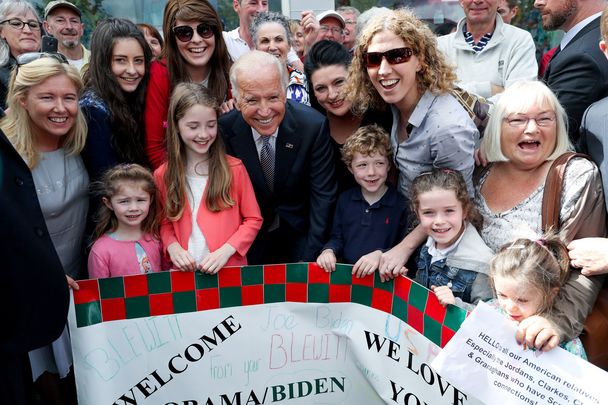 The Irish American connection is back. And it comes at a vital time for the old country with the challenges we face in the next few years.

But this being Ireland, the happy news was greeted with dry humor.  How long would it be before there would be a Biden Plaza outside the town of Ballina in County Mayo, Biden’s ancestral home, one Twitter poster demanded to know.

Although I'm not sure they were joking.  We have the Obama Plaza off the motorway in Tipperary near the town where former President Obama’s mother's people came from.  Surely Biden deserves a service area dedicated to him as well, the poster insisted.

Whatever about that, Ballina (which Biden visited while serving as vice president), was celebrating last weekend with stars and stripes, Guinness, and champagne.  His Irish cousins and the locals are looking forward to his return and Taoiseach Michael Martin has already issued an invitation.

Some of the online commentary here about President Trump's efforts to delay the inevitable was hilarious.  If he thinks the voting system over there is too complicated, one poster said, what would he think of the proportional representation system in Irish elections? "Imagine trying to explain to Trump how a third preference vote on the ninth count in a four-seater constituency with 12 candidates works,” one said.

Not everyone here is happy with the outcome, of course.  And it's not just all the folks who work at the beautiful Trump Golf Resort at Doonbeg in County Clare.  Trump has a lot of admirers in Ireland, although mostly of the "shy" kind.

Even in their disappointment, they were able to take some consolation from what they see as the biggest takeaway from the election, the extraordinary vote he received.  Although he had been ridiculed by the liberal elite, the U.S. media and the Democrats from day one of his presidency and in this election year had been blamed personally for all the COVID deaths, he almost got back.

Given the way the economy had been going pre-COVID, it seems certain that he would have got a second term if the virus had not intervened.   Despite his failure to lead in the battle against COVID, millions more Americans voted for him this time than in 2016.

Instead of the 10 percent gap that the polls had predicted, Biden scraped in by a whisker.  He likes to do an age-defying trot up to the podium for speeches but he is limping into the White House. 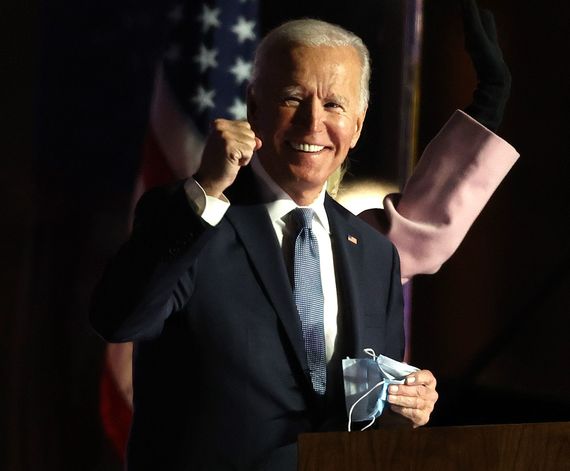 It's too early for an objective appraisal of the Trump presidency.  This is Biden’s time and the focus should be on him.

But as one commentator here put it last weekend, the narrowness of the Biden victory was a sort of humiliation, while Trump's narrow loss was a sort of victory.

The outcome has shown that whatever about Trump's boorish behavior, his agenda had huge support across the U.S.  Nearly half of the voters in the election, more than 70 million Americans, backed him.

It was not just rural "deplorables" either but all sections of society, including Hispanics, African Americans, Asians, even white suburban women.  And that support also included many Irish Americans.

Understandably, this got lost over the last few days in the jubilation and relief of those who could not stand him.  But drowning out the details of the election result with joyous celebrations for Biden does not alter the reality that Trump did amazingly well given the circumstances he was up against.

If he is such a racist and a white supremacist how come his share of the non-white vote went up five points since 2016?  How come his vote among African American men and Latinos increased significantly since 2016?

If he is such a sexist pig, how come so many college-educated women voted for him this time? In 2016 they voted for Hillary Clinton rather than him by a seven-point margin, but this time enough of them backed him to give him a one-point margin over Biden.  Maybe they thought the economy and security were more important than his potty mouth?

Despite the catastrophic pandemic and Trump's bizarre behavior, there was no blue wave. Republicans actually gained seats in the House and could still hold on to the Senate.  And if they do, Biden will have to stick to the center ground and ignore the cries from the lefties (like Bernie and AOC) if he wants to get anything done.

So although Trump now looks like a kid who cannot accept losing, the overall picture is that he did far better in the election than anyone expected.  The really interesting question, of course, is why?  There are serious lessons to be learned from all this, not just for politicians in the U.S. but in Ireland as well.

The point that the media, the liberal elite, and the political establishment just don't get about Trump's deplorables, as Hillary Clinton called them, is that they are ordinary people with conservative views who are fed up with a political system that either ignores them or treats them as sub-normal.  Rather than listen to their views, the establishment dismisses them as stupid, racist, sexist, bigoted, etc.  They are uneducated morons, religious maniacs, crazies, gun freaks, etc.

And no doubt some of them are.  But 70 million of them?

One thing this election has shown is that although a majority of them may be a kind of underclass, many come from other levels of American society and they all tend to have one thing in common, a sense that they have been demeaned and ignored by a system that has left them behind economically and socially.

Globalization has taken many of their jobs, the liberal agenda opposes their conservative beliefs, no one in power listens to them or respects their views.  They feel like losers in their own country and believe the whole system is against them.  And that includes the main political parties, whether on the center-right or center-left.

The irony, of course, is that these are the very people the Democrats -- the traditional blue-collar party -- should be looking after.   But they don't because the views these people have are, well, "deplorable" and don't match the accepted liberal agenda in educated left-wing circles and the political establishment.

Into this yawning gap stepped Trump.  He listened. He simplified. He responded.  At last, someone was reflecting the views of the deplorables and they loved him for it.

Instead of engaging, the liberal elite in Democratic circles reacted by continually heaping scorn on those they referred to derisively as “Trump's base."  They almost paid the price for doing so in this election.

It's not just in the U.S. that the political establishment is out of touch with a large swathe of the electorate, of course.  In the U.K. the same disconnect resulted in the Brexit mess.

In Ireland, we have seen the dramatic rise in the vote for Sinn Fein, which may see them lead the next government here.  The main political parties in Ireland have lost the backing of a large chunk of the electorate which now sees them as an establishment elite.  It's the same syndrome, whether coming from the right or the left. 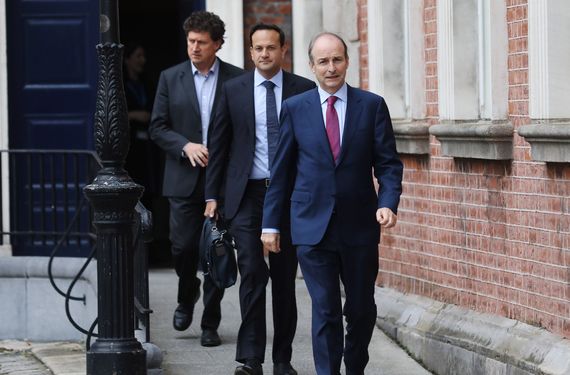 There is an answer to all this and it's a relatively simple one.  The political establishment has to learn that the best way of formulating policy is not to have it dictated by a liberal elite but by going out and listening to what ordinary people want.

It means accepting their concerns and their views instead of ridiculing them.  It means moving at a pace they are comfortable with, not trying to force "progressive" change down their necks.

On that basic level, the political establishments in Ireland and many other countries in Europe have just as much to learn as the one in the U.S.  The Democrats in the U.S. can celebrate now thanks to Biden scraping a victory, but they need to take that on board.

It would be a mistake to regard Trump's refusal to concede and cooperate in a smooth transition as an adolescent sulk.  No doubt he's depressed and angry at losing, but it's more likely that he's also thinking ahead.

By not conceding and going to court he can continue to claim the election was stolen from him.  He may well be planning to keep that narrative going for the next four years when the shine starts to wear off the Biden victory. He could be back the next time.

Much will depend, of course, on how Biden does.  He has lots of experience and a sort of grandfatherly appeal, as well as being a decent man.

But platitudes about reuniting the country will only get him so far.  Very difficult challenges lie ahead for him, both at home and abroad.

The virus is the most immediate, of course, and at least on that front he may be lucky with vaccines now about to arrive, as Trump had predicted.

But that's just the start of it.  Many complicated choices lie ahead for him and the Democrats seem more divided than ever.  He will have people from opposite ends of the party pulling him in all directions.

Sticking to the center ground seems the most likely way forward.  If he needs a break any time soon, the green carpet will be rolled out for him here.