Irish man Brendan Fay reflects on the reaction in the Big Apple when Joe Biden was named by media outlets as the President-elect on Saturday, November 7. 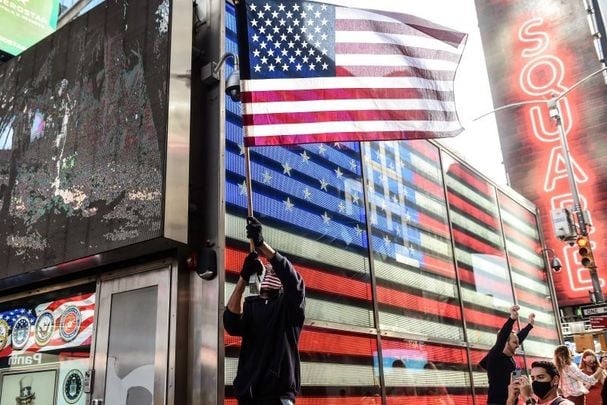 On Saturday, November 7, I danced and cried. I was set to volunteer with the wheelchair brigade at the New York City march to protect the result scheduled for 1 pm. Instead of marching, we danced.

*Editor's Note: This column first appeared in the November 11 edition of the Irish Voice newspaper, sister publication to IrishCentral.

As I was heading out the door near half 11, my friend Jesus Lebron called with the news. He tells me his downtown building neighbors are banging pots and pans for the declared President-elect Joe Biden and Vice President-elect Kamala Harris!

On way to the subway, cars begin to honk. I tell people in Astoria it’s over, the Trump nightmare is done. It’s a new day for America and the world.

Calls and texts start coming in from my sisters Carmel and Joan in Drogheda. That’s not far from Carlingford in the Cooley Peninsula where in May 1849, Owen Finnegan, Biden’s great-great-grandfather, left for New York fleeing the brutal Famine. Other Biden ancestors journeyed from Mayo.

Friends message from Poland, Italy, and Mexico. On the N train, cleaners pause to check their phones and cheer. Across from me, a South Asian man holds up his phone with joy.

I explain the news to a young woman who enters the N at Broadway. She calls her mother to tell her Joe Biden is the president!  She looks at me and says her mother is crying with joy on the phone.

She wells up. I well up. We are living a moment.

Near 59th Street where we are gathering, cars are honking, people are singing, screaming with joy, waving union, transgender, and rainbow flags. The wheelchairs arrive.

Following the lead banner, groups make their way onto Central Park South. People sing and dance, celebrating the power of the people and their vote.

People cheer from sidewalks and buildings. Some are in tears. We follow with the wheelchairs.

We are leaving four years of madness, global isolation, politics of fear, hate, and mistrust. We are entering a time of hope and healing, recovery, and rebuilding. 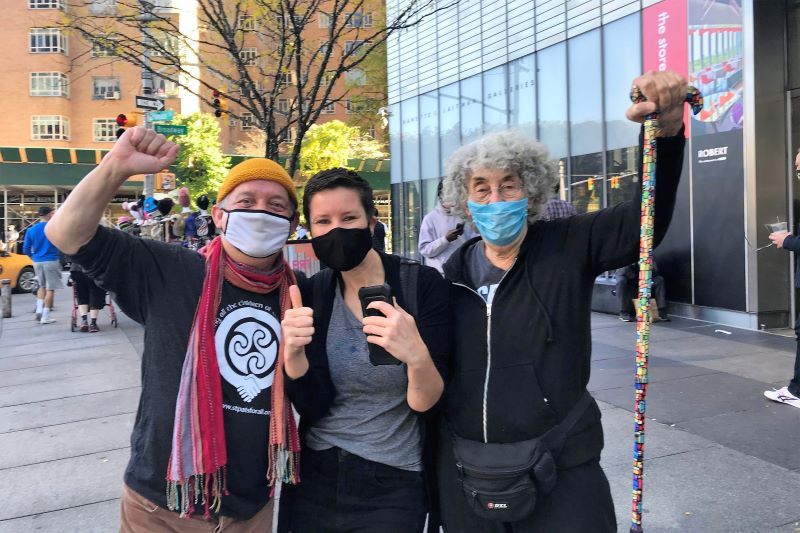 How good it was to be on the avenue celebrating the power of people and the vote. What a joy to celebrate the day of history with dedicated activists who kept us awake with hope -- friends from Rise and Resist, Make the Road New York, Gays Against Guns, Lavender and Green Alliance, the Campaign to Abolish Nuclear Weapons, Black Lives Matter, 1199 (health care workers), the United Federation of Teachers (UFT), and the Communication Workers of America (CWA).

For four years we have been on the streets, never giving up and organizing across our differences, empowering and mobilizing get out the vote campaigns here and across the nations.

November 7 was a celebration of “We the People.” It is good to be alive for this moment to witness hope rising on the streets of America.

For a few days we celebrate and soon get back to the work of healing and organizing for the new day just dawned for us.

*Brendan Fay is founder of Lavender and Green Alliance and St. Pat's for All.