President Donald Trump's golf resort in Doonbeg has posted massive losses since he purchased it in 2014, according to a lengthy report in the New York Times. 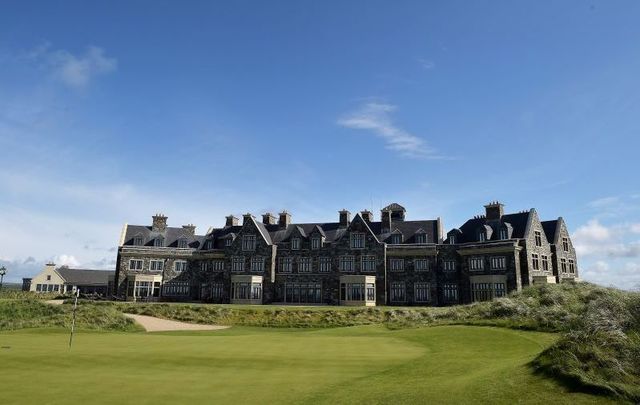 The Trump Organization has invested €40 million in the Doonbeg golf resort since purchasing it in 2014.

Trump's three European golf courses, including his Doonbeg resort in addition to resorts in Aberdeen and Turnberry in Scotland, have reported combined losses of $63.6 million since he bought them.

The losses were revealed after reporters at the New York Times viewed 15 years of Trump's much sought-after tax returns and the paper found that the President has reported $315.6 million worth of losses at his golf courses around the world since 2000.

Trump has reportedly invested €40 million ($46.5 million) into his resort at Doonbeg, including the purchase price, since buying the hotel and golf resort six years ago.

However, the hotel still recorded pre-tax losses of €1.49 million in 2018 due to non-cash depreciation and amortization costs

In April of this year, the hotel sought financial assistance from the Irish Government to help pay furloughed workers during the COVID-19 pandemic.

The Trump Organization, formerly owned by the President and now owned by his children, took advantage of the Irish Government's COVID-19 Wage Subsidy Scheme to pay the majority of its staff, rather than lay them off.

The Irish Government's scheme provided 70% of worker's salaries to a maximum of €410 ($450) per week. The Trump Organization employs around 300 staff at the hotel at peak times, including bartenders and cleaning staff.

The New York Times' report went much further than just exposing the losses accrued at his European hotels. The report found that Trump paid just $750 in federal income taxes in 2016, when he won the presidential election, and in 2017, during his first year in the White House.

Furthermore, the article stated that Trump paid no income tax at all in 10 of the previous 15 years because he reported losing much more money than he earned.

"His finances are under stress, beset by losses and hundreds of millions of dollars in debt coming due that he has personally guaranteed," the New York Times article said.

Trump's tax records also appear to suggest that he has been treating family members as consultants, writing off $26 million in consultancy fees between 2010 and 2018.

Ivanka Trump, for instance, filed taxes in 2017 reporting that she had received $747,622 from a company she co-owned. The New York Times stated that the Trump Organization claimed tax deductions for that exact amount for hotel projects in Vancouver and Hawaii.

To claim tax deductions for consultancy fees, the arrangement must be an "ordinary and necessary" way to do business, the New York Times said.

The publication noted that there was no evidence to suggest that the Internal Revenue Service was investigating Trump over the consultancy fees.

The report also focused on Trump's decade-long audit battle with the IRS over a $72.9 million tax refund he claimed in 2010. Trump could be forced to pay the IRS more than $100 million, including interest and fines, if the audit doesn't go his way, the New York Times said.