The Trump International Golf Links and Hotel in Doonbeg, Co Clare, like other Trump resorts in Britain, is trying to avail of government schemes to pay its staff rather than lay them off. 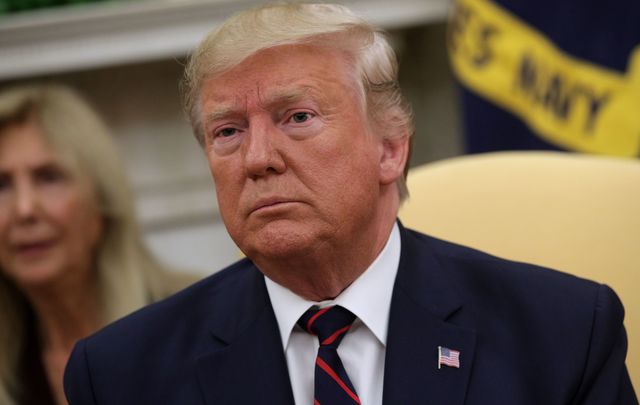 The Trump International Golf Links and Hotel in Doonbeg, Co Clare is seeking financial assistance from the Irish Government to pay furloughed employees during the COVID-19 pandemic.

The Irish golf resort, as well as other Trump resorts in Britain, is trying to use government schemes to pay its staff rather than lay them off.

The Trump Organization, formerly owned by US President Donald Trump and now owned by his children, has three resorts across Ireland and Britain and can use government funding to retain staff like bartenders, wait staff, and cleaners.

The British government is covering 80% of workers' salaries for companies who cannot afford to pay staff due to a loss of revenue. This is capped at $3,100 per month. 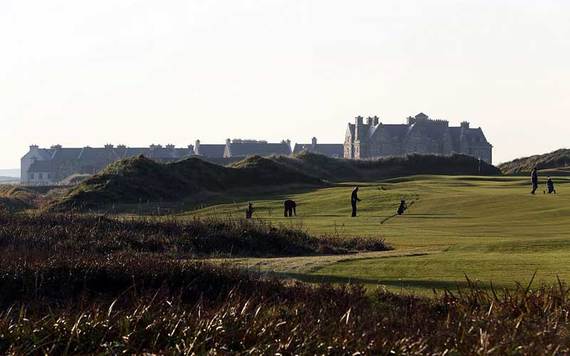 The Irish government, meanwhile, is providing 70% of workers' salaries to a maximum of $450.

Joe Russell, the Managing Director of Trump's Doonbeg resort, declined to say whether the hotel was topping off its workers' salaries. In an interview with Bloomberg, Russell said that the hotel employs around 300 staff during peak times and that it was due to open at the end of March after closing for the winter. The hotel reportedly employs 90 year-round staff and has remained closed during the COVID-19 pandemic.

"We've laid off the majority of our staff," Russell said in the interview. "We are ensuring they're looked after in terms of the government schemes that are made available."

Russell declined to comment on how many staff had been let go.

Trump resorts in Turnberry and Aberdeen - Trump's two British resorts - have similarly decided to furlough the majority of their staff.

Sarah Malone, Executive Vice President of the Trump Resort in Aberdeen, said that the company wasn't benefitting from its decision to seek government assistance.

“We are no different to any other business," she told Bloomberg. "The actions we have taken are solely to protect people and their families who would otherwise be out of work and struggling to survive financially.”

There is nothing improper about the Trump Organization seeking government aid, but a number of high-profile companies in Britain have come under fire for taking advantage of the program when they can still afford to pay their staff.

Several of England's richest soccer clubs, for instance, faced widespread condemnation when they furloughed all non-playing staff. Liverpool and Tottenham Hotspur, two of the richest clubs in the world, reversed their decision to furlough staff due to overwhelming media and public criticism.

However, the Trump Hotel in Washington is asking for $3 million worth of relief on rent it pays despite being prohibited from federal aid.