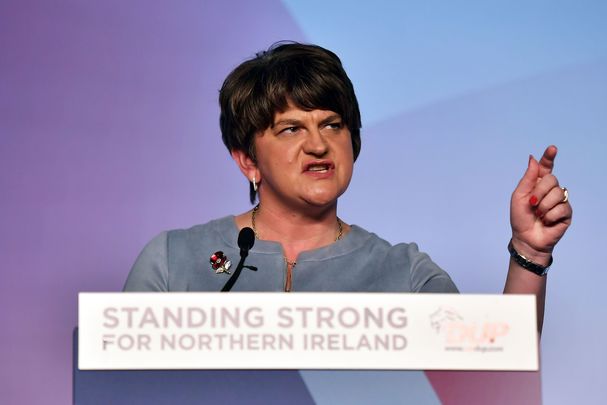 Sinn Féin’s former West Tyrone member of the Northern Assembly Catherine Kelly became the fourth member of her party to resign over the mistaken lodgment of three £10,000 sterling checks for relief cash into Sinn Féin accounts.

Kelly’s resignation followed similar resignations by Dublin Senator Elisha McCallion from the Seanad and the party and by two other Sinn Féin officials from the party in Northern Ireland.

McCallion is a former member of parliament at Westminster for Foyle and a former mayor of Derry who gained a Seanad seat in Dublin following her defeat by the Social Democratic and Labour Party’s Colum Eastwood in last year’s United Kingdom election.

McCallion is a niece of former IRA convicted prisoner Martina Anderson who was released from life imprisonment under the Good Friday Agreement before representing Northern Ireland as a Member of the European Parliament for eight years until last January.

All resignations were made following orders in the middle of last week by Sinn Féin leader Mary Lou McDonald when the illicit payments were exposed on Stephen Nolan’s radio show on BBC.

The Small Business Support Grants Scheme announced earlier this year was not meant to direct funds to the offices of MPs or members of the Northern Ireland Assembly.

Foster of the Democratic Unionist Party told the BBC on Monday that she supported the matter being reported to the police by one of her colleagues.

She said, “The money was received in error and therefore it should have been returned. It’s up to the police, of course, whether they decide to instigate criminal investigation but I absolutely support my party colleague in the complaint he has made.”

Under the scheme, a £10,000 payment was automatically sent to any firm in receipt of small business rate relief.

The Economy Department at Stormont said 24,700 grants were paid out under the scheme. Of those, two percent, 452, may not have been eligible.

It has recouped 70 payments and work is underway to recover all ineligible payments.

Sinn Féin leader McDonald acknowledged that payments to some of her members in Northern Ireland had been repaid.  But she apologized for the “clear failure to immediately reimburse public money.”

McDonald said Kelly’s failure to immediately return the Covid-19 grant was “unacceptable.”  She said: “Catherine is a signatory to an account into which a small business grant of £10,000 was lodged in error. The grant was unsolicited and has been repaid in full. Catherine fully accepts that she did not discharge her duties as a public representative in this regard.”

McDonald added, “The party’s examination of this matter is now complete. As leader, I once again acknowledge and apologize for the clear failure to immediately reimburse public money.”

Earlier, after McCallion’s resignation, McDonald said, “The Sinn Féin Ard Chomhairle met last night and censured all those involved… I accepted the resignation of Senator Elisha McCallion. She accepts full responsibility for the failure to return the grant immediately.”