“The Devil’s own boy gets the devil's own luck” Alabama showed the way with their vote against Roy Moore. 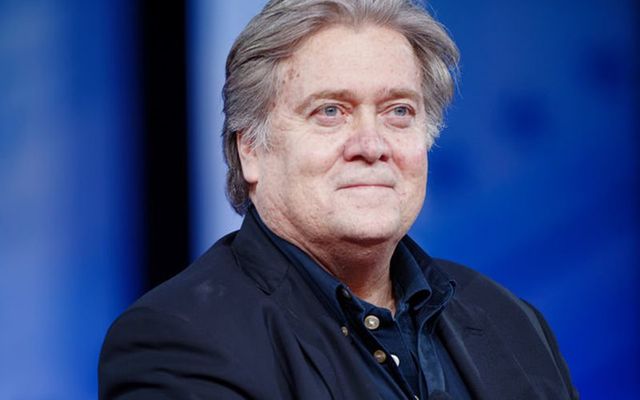 Alabama showed America the way with their vote against Roy Moore

There’s an Irish expression: “The Devil’s own boy gets the devil's own luck.” In other words, bad things happen to bad people.

Bad things happened to Irish American master plotter Steve Bannon last night as the state of Alabama of all places called a halt to his hate.

Bannon has become like an evil virus in the bloodstream of American politics. It is clear he is a destroyer, prepared to tear down every edifice of civility, bipartisanship and decency on his way to creating a radical, some would say, fascist-leaning right.

Even worse, he has the president’s ear, a president so new to politics that he cannot see through the mesh of hatred that Bannon surrounds him with.

As part of his plan Bannon had persuaded the entirely gullible President Donald Trump that backing Judge Roy Moore, an accused pedophile, a man once barred from an Alabama mall because of his weirdness around young women, was a perfect candidate for senator from Alabama. Trump somehow agreed.

It was the dumbest decision since the Red Sox traded Babe Ruth to the Yankees in 1919. They spent the next 80 years or so trying to win a world series. Trump may have lost his chance at a second term because of the blunder.

Usually, for the Republicans, winning an open senate seat in Alabama is as predictable as a Crimson Tide national play-off spot.

The seat that was open belonged to Attorney General Jeff Sessions, who won with 97 percent of the vote in 2014. Ninety-seven percent… that’s not a typo.

The Democrats were running the usual sacrificial lamb, an unknown, mild-mannered lawyer named Doug Jones. What could be easier?

But the folks of Alabama proved something last night – that there is decency and profound regret among many American citizens, including many moderate Republicans as to what is being done in the name of success in this country.

The voters of Alabama rose up, banished the pedophile suspect and sent him on his horse into retirement.

People had doubted that moderate Republicans would rally to a Democrat in the deepest south, but really, they did.

In the process the devil’s own boy exposed his boss to withering criticism about low standards in high places and humiliated him with the Jones defeat.

Bannon and his tirades of hatred against the “other,” especially minorities and women, must be sidelined. Moderate Republicans like Senate Leader Mitch McConnell is well aware of that. To date they have refused to tackle the Bannon beast who has roamed free in the forest. It is high time there was a reckoning.

Hard-working Alabamians proved how much better they were than the candidate who fired gospel at them.

Alabama has led the way, we must follow and learn.