Steve Bannon a disgrace to his Irish Catholic roots

What Steve Bannon says in his "60 Minutes" interview about the Catholic Church puts his Irish Catholic roots to shame. 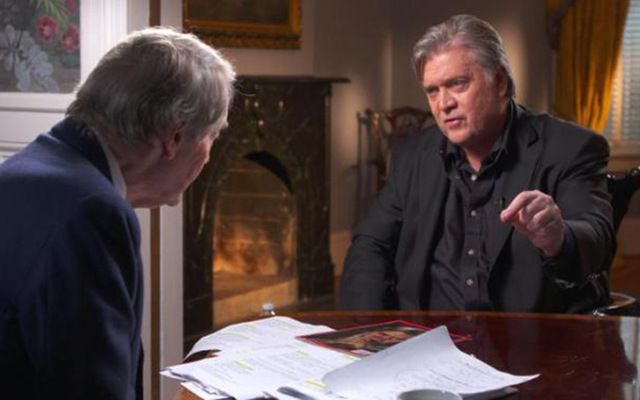 Steve Bannon's reasoning on the Catholic Church is truly bizarre.

You have to hand it to the man for brazen audacity and sheer bloody mindedness. He hates with real fervor.

He has become the unacceptable face of the Trump era, stirring up hate wherever he goes.

He's attacking the brown people again, this time by slamming the Catholic Church.

There are lots of issues I disagree with the Catholic Church on, but helping the stranger and comforting the afflicted is not one of them.

Bannon would have them turn the needy away. As a creature of white privilege, he feels no empathy for anyone but himself.

His reasoning on the Catholic Church is truly bizarre. 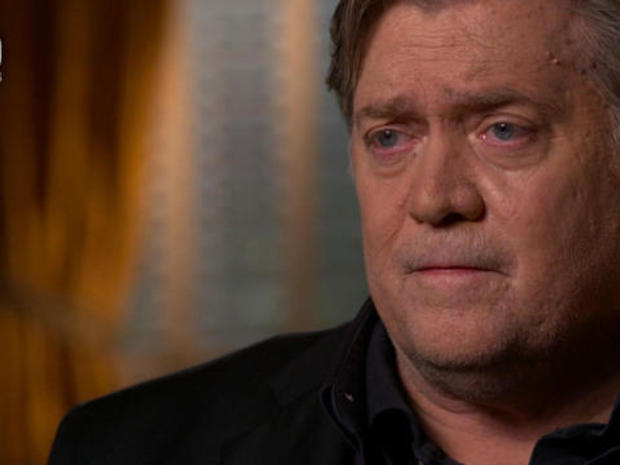 "To come to grips with the problems in the Church, they need illegal aliens. They need illegal aliens to fill the churches. It's obvious on the face of it," Bannon said in a "60 Minutes" interview with Charlie Rose that was previewed on "CBS This Morning" Thursday. "They have an economic interest in unlimited immigration."

Is everything economic, Steve? Or is there a place for caring about the less well-off like the DACA kids who have added so much to America?

But Bannon has made it clear he sees a war between the races, a white jihad is what is needed to keep the brown and black folks down.

He says the Church was "just another guy with an opinion." Tell that to Pope Francis, arguably the most influential leader in the world today

Bannon doesn't even know his own Catholic teaching. Apparently, he has never heard the Sermon on the Mount. Bannon says looking after the immigrant is nowhere in church doctrine.

Here are some of the Beatitudes, Steve, in case you ever decide to actually study doctrine.

3 “Blessed are the poor in spirit, for theirs is the kingdom of heaven.

4 “Blessed are those who mourn, for they shall be comforted.

5 “Blessed are the meek, for they shall inherit the earth.

6 “Blessed are those who hunger and thirst for righteousness, for they shall be satisfied.

7 “Blessed are the merciful, for they shall receive mercy.

8 “Blessed are the pure in heart, for they shall see God.

9 “Blessed are the peacemakers, for they shall be called sons of God.

The US Conference of Catholic Bishops called the repeal of DACA "unacceptable" in a statement released on Tuesday.

They should add a line that Bannon is unacceptable too.

"The cancellation of the DACA program is reprehensible. It causes unnecessary fear for DACA youth and their families. These youth entered the U.S. as minors and often know America as their only home," the statement reads.

And there is no place for hatred either, Bannon. You disgrace your Irish Catholic roots.