Vatican publication says Catholic and evangelicals in America were part of an “alliance of hate.” 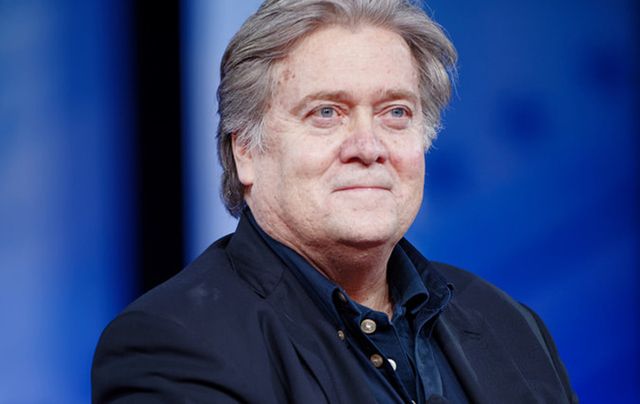 Close allies of Pope Francis have launched a scathing attack on Catholic Americans and Evangelicals who support Donald Trump, insisting their worldview is “not too far apart” from Islamist jihadists in their search for a “theocratic type of state” that reflected their view on social issues.

Such an alliance, they argued, constituted an “alliance of hate.”

The Pope’s antipathy for Trump and his anti-immigrant policies and rhetoric is no secret to observers of US or Vatican politics, but never before has an ally of the pontiff used such incendiary language in public.

Pope Francis' allies accuses US Catholics of forming an 'alliance of hate' to back Trump https://t.co/hlGgKrVXUz

Fr Antonio Spadaro and a Protestant theologian, Marcelo Figueroa, published their thoughts in a joint article for the Vatican run, La Civiltà Cattolica.

The pair were particularly upset with the behavior of Steve Bannon, the President’s Chief Strategist, who they decried as a “supporter of an apocalyptic geopolitics” intent on thwarting action on climate change and stigmatizing immigrants and Muslims with calls for “walls and purifying deportations.”

Whilst a spokesman for the Vatican declined to endorse the article’s views, he also failed to disassociate the Church from them.

La Civiltà Cattolica has strong links to the Vatican’s leadership and the journal’s editor has been promoting the article since its publication.

Pope Francis is usually happy to discipline those who have displeased him and many are taking the lack of rebuke as an endorsement from the Holy Father.

Speaking to the New York Times, Massimo Faggioli, a professor in theology at Villanova University, said he thought the article would likely, “be remembered in church history as one of the most important to understand the Vatican of Francis and the United States and American Catholicism.”

Pope Francis has frequently gone public with views that chime strongly with the global left. He has frequently expressed his concerns about capitalism and in February last year pointedly told journalists that anyone who wanted to build a wall “is not Christian.”

Pope Francis has frequently gone public with views that often chime strongly with the global left.

On social issues, however, he remains more in tune with the American right. Whilst he gave Catholic priests the right to forgive women who had terminated a pregnancy, the Church’s teaching that abortion is a grave sin remains unchanged.

Similarly, whilst he said, “Whom am I to judge [gay people]?” signifying a shift in tone, the Church still remains opposed to many of legal rights for LGBT people that are championed by the community’s activists.

The Catholic Church in the United States is viewed as somewhat further to the right than in Europe or South America. Unsurprisingly the article raised more than a few eyebrows across the Atlantic. Archbishop Charles Chaput described it as, “an exercise in dumbing down” and described the authors as “useful idiots.”

Archbishop Charles Chaput described the Vatican article as “an exercise in dumbing down”.

Chaput added that an alliance between Catholics and evangelicals was necessary to “draw… people of good will together in common cause, we should thank God for the unity it brings.”