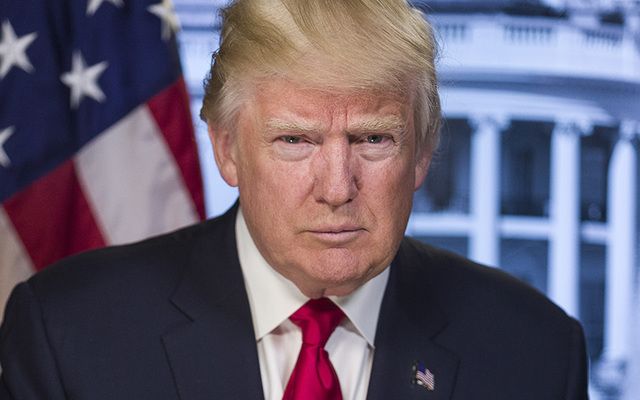 Members of President Donald Trump’s cabinet with Irish heritage made a holy show of themselves last Thursday, March 16, at the White House. Wearing green ties and pinning shamrocks to their lapels, they wrapped themselves up in the symbols of the Irish immigrant experience while simultaneously attacking today’s most vulnerable immigrants.

But by exchanging the hard lessons their Irish heritage for a little material advantage in 2017, they’re abandoning what’s tried and tested in pursuit of what’s popular.

Take Homeland Security Secretary John F. Kelly, whose job it is to enforce Trump’s manifestly racist, anti-immigrant policies. In January, a leaked policy document revealed that the Trump administration was planning to mobilize 100,000 National Guard troops to round up undocumented immigrants across 11 states.

The document, which caused uproar, bore Kelly’s name. It meant an anti-immigrant round up of truly historic proportions had an Irishman signing off on it, a startling divergence from the lessons of Irish history that can hardly be sufficiently expressed.

Then take House Speaker Paul Ryan, who announced last week that he’s been dreaming about stripping poor people of their health care since he was an undergraduate “drinking at a keg” three decades ago.

While nobody's watching, Paul Ryan is taking a sledgehammer to Medicaid's promise to seniors https://t.co/PNMKoFxNtv pic.twitter.com/KMKRJMwL9u

Ryan’s “health” bill, if it’s ever enacted, will mean 24 million fewer people will have health insurance by 2026, according to the Congressional Budget Office. The Irish have nurtured many mighty dreams over the centuries, but finding the opportunity to disenfranchise millions is, history will show, a recent addition to them.

Then there’s White House Budget Director Mick Mulvaney.  On Thursday he informed us of the bone deep cuts the Trump administration plans to make to critical social welfare programs like school lunches and Meals on Wheels. 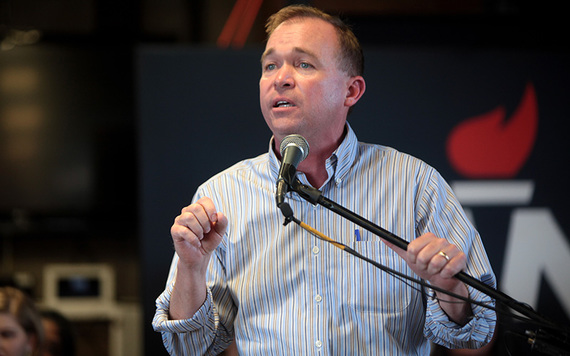 Instead of providing baseline services to seniors, Trump instead plans to send $54 billion to the Pentagon war chest whilst simultaneously slashing the diplomacy spending at the State Department.

Don’t concern yourself so much with compassion to poor school kids or incapacitated seniors, Mulvaney pleaded. Think of the savings to taxpayers.

“We are not spending money on climate change anymore,” he continued. “We view it as a waste of your money.” The rest of the world must think we’ve lost our minds.

Another Irish American who has cut every tie to his Irish heritage is Steve Bannon, Trump’s chief strategist. Bannon has repeatedly voiced his admiration for books by self-identifying fascists and white supremacists, and his visceral hostility to immigrants is long noted.

Previously chair of the far right Breitbart website, which he proudly proclaimed was “the platform for the alt-right,” Bannon has suggested that America is not only menaced by extremists but by the Muslim faith itself, which he sees as incompatible with democracy.

No Steve, we really don’t. Nor do we share your lunatic view that a global religious conflagration of biblical proportions between the west and the east is occurring or is imminent, so maybe don’t launch one.

Vice President Mike Pence’s stage Irish “top o’ the morning to you” greeting to the Taoiseach Enda Kenny in Washington sank like a stone in a room full of Irish dignitaries and demonstrated that Pence’s knowledge of his heritage and the Irish themselves goes no deeper than a Lucky Charms box.

This was followed moments later by other cultural outrages like Ryan’s flat and foamless pint of Guinness and Trump’s citing of an old Irish proverb that actually turned out to be a poem by a Nigerian banker.

But even more risible than all the fraudulent shamroguery on display in Washington last week was the toxic Trump budget. He’s building a historic war chest, which clearly signals his intention of starting a historic war. We should resist him and his belligerent budget.

Increasing defense spending by $54 billion, but cutting funding for medical research, public housing, education, climate science, aid to the poor and sick, national infrastructure, public broadcasting, legal aid to domestic violence victims, and gutting the U.S. Department of Agriculture’s (USDA) discretionary budget by $4.7 billion, means he’s ready to punish many of the communities that helped elect him last November. It’s enough to make you cry into your fake green beer.