Ronnie Drew: an encounter with one of Ireland's most beloved singers 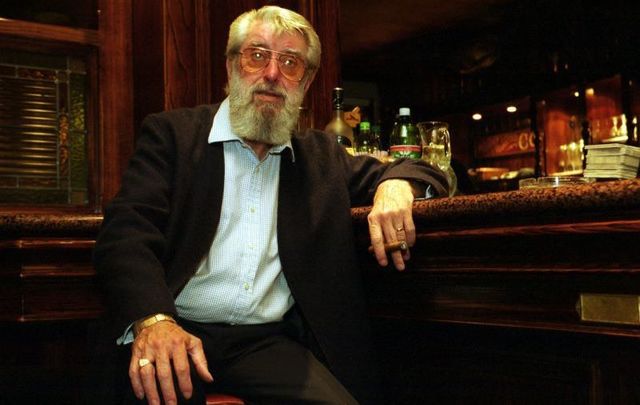 Beloved Irish singer Ronnie Drew was born on September 16, 1934. Here, IrishCentral's Founder Niall O'Dowd recalls his encounter with the singer, remembered as a character with a rare real voice and piercing blue eyes.

I met Ronnie Drew once in the meeting room of the Shelbourne Hotel in Dublin. In-person, he looked a lot worse than the photographs.

Clearly, he had been drinking and was falling asleep in the corner when a friend brought me over. He was very courteous and kind, spending about 10 minutes inquiring about friends in America and calling up memories of the many riotous trips they took to the U.S. when his band, The Dubliners, was at its height. 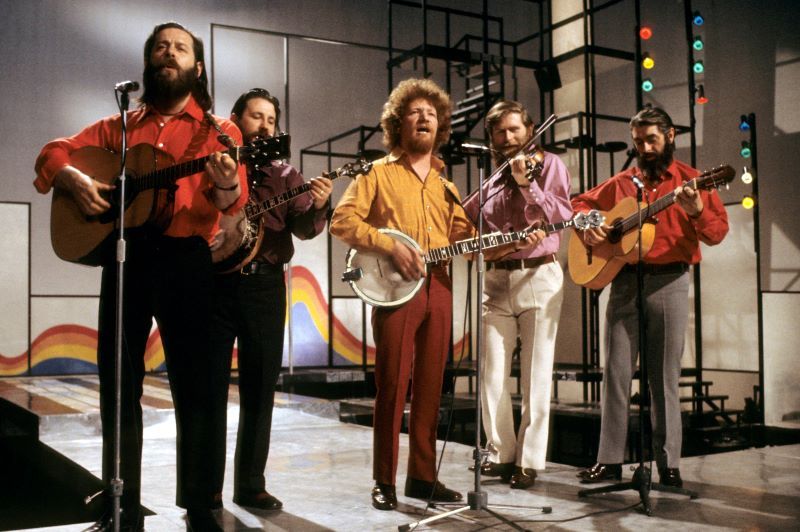 Ronnie Drew was Shane MacGowan for a previous generation, a once in a lifetime character who filled his songs with emotion and often ribaldry, most notably "Seven Drunken Nights." He was one of Dublin's greatest characters who could easily have stepped out of a James Joyce or James Plunkett novel.

It was a rare thrill to meet him. Like many Irish of my generation I grew up on the Dubliners and Ronnie Drew, not to mention bandmate Luke Kelly, whose voice was harsh as cut glass but it touched you to the bone.

I saw Kelly once, very early one morning on Leeson Street near the famous canal. It was about 7.a.m. I was out walking and he was clearly coming home from a party.

He looked as rough as his marvelous voice and he was clearly in no mood for talking. I treasure the memory though.

I still cannot hear Kelly's "Raglan Road" or Drew's "Rare Old Times" without being transported back to a time and place in the 1970s right before modernity came crashing in on Ireland's capital city.

As Drew sang, "Dublin keeps on changing and nothing seems the same/as the gray unyielding concrete makes a city of my town," he is speaking of the Dublin of little streets, jam-packed pubs and singsongs that lasted all night that he was saying goodbye to.

Drew and Kelly were the embodiment of the city that I spent many happy years in long before there was a Celtic Tiger, a gritty place that was not the city of the middle and upper classes, or the world-class headquarters that it has become. Drew sang about the Dublin characters and the working-class quarters where life was rough and tough.

Then there was the voice. Not the greatest in the world, but with that gravelly quality that made it completely unique.

When he launched into "The Old Triangle" Brendan Behan's Dublin came alive. When he sang "Nora," a beautiful and wistful love song, he could stop a passing train.

No less a performer than Bono, who was influenced by The Dubliners, paid a special tribute to him after his death.

"Ronnie has left his earthly tour for one of the heavens ... they need him up there ... it's a little too quiet and pious," wrote the U2 frontman.

"God is lonely for a voice louder than His own. Weddings, funerals, bar mitzvahs... that's what I loved about Ronnie Drew's voice and spirit. Music to inspire, to console ... an optimism that was contagious ... that's what U2 took from The Dubliners."

All that and more. No doubt Dublin is quieter and more regimented now that the Dubliners have gone. But they will be sadly missed by a generation who were feeling their way towards adulthood at the time they exploded on the scene.

They sang about a Dublin we could all fall in love with, full of characters and craic, full of fun and fantasy and rebel nights.

Can we say the same nowadays about that capital city where Celtic Tiger clones populate every bar, and the city nightlife is sometimes indistinguishable from Los Angeles or another worldwide hotspot.

One thing for sure, they will be singing the Ronnie Drew songs long after the techno beat and disco din are consigned to history. He was one of a kind, and Dublin will deeply miss him.

What's your favorite tune from Ronnie Drew? Let us know in the comments.