Nine most important Irish American moments of all time

From the first Irish Catholic president to beloved people and images in US history the Irish have made quite an impression. 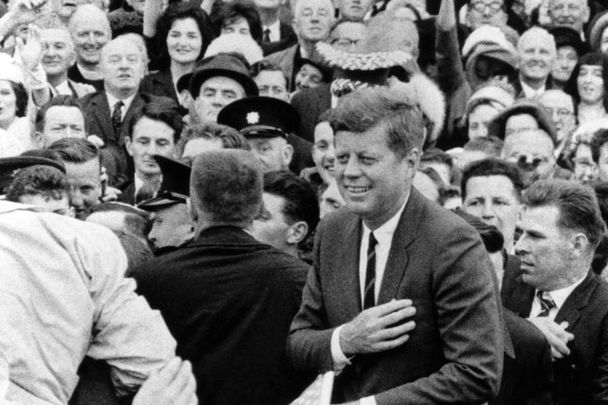 From John F. Kennedy's election to Riverdance and the Quiet Man, Irish Americans have left quite a mark on the world. We take a look at some of these hugely significant moments.

In November 1960 John F Kennedy, the great-grandson of impoverished Irish emigrants, was elected President of the United States. Ireland and Irish America was never to be the same again.

The young American president was the embodiment of the American dream for so many Irish who had left. Suddenly Ireland was not so old-fashioned and set in its ways with Kennedy’s arrival.

A new dawn beckoned and in America, it became known as the age of Camelot. On his visit to Ireland in June 1963 Kennedy was got an incredible welcome. Ireland changed after his visit and a new confidence became evident.

America would never be the same either.

Here are just some highlights from JFK’s speech in the Dail (Ireland’s Parliament) during his trip:

The Charge of the Irish Brigade 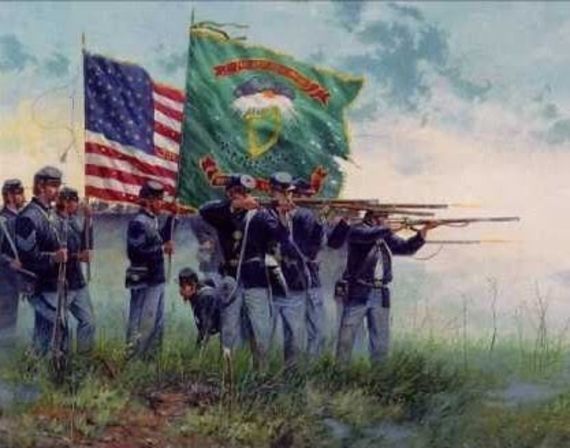 During the United States Civil War 250,000 Irish fought on the Union side. The most famous Irish unit was the Irish Brigade, led by the heroic figure Thomas Meagher, who was banished from Ireland after the 1848 abortive uprising.

He helped form the Irish Brigade which distinguished itself so much that President Lincoln personally visited and thanked them. "Thank God for the Irish flag” Lincoln stated, kissing the flag on a visit to General McClellan's headquarters.

They lost 60 percent of their force at the Battle of Antietam, where they were thrown at the center of the Confederate line. At Fredericksburg, the Irish Brigade was devastated after being ordered to take on rebel forces, who held the high ground and were behind a stone wall and march across a field with no cover.

Up until the Civil War, many considered the Irish, not loyal Americans. Thanks to the Irish Brigade the patriotism of the Irish in America was never questioned again. Apart from the Iron Brigade, the elite fighting force, no brigade lost more men.

The 1965 Immigration Act, driven to passage by Senator Ted Kennedy, changed the Irish community in America forever and not for the better.

The act raised quotas from countries that had been previously disadvantaged, namely those in Asia and Latin America, and established a system under which an immigrant with family in the United States was given preference.

This proved prejudicial to European countries like Ireland, whose immigration figures had slowed. Official statistics showed a drastic reduction in the number of legal Irish immigrants, with more than 70,000 coming to this country in the decade 1956 to 1965, compared with only 10,000 plus in 1976 to 1985.

Kennedy apologized for outlawing the Irish in a 2006 statement:

Lunch Atop a Skyscraper 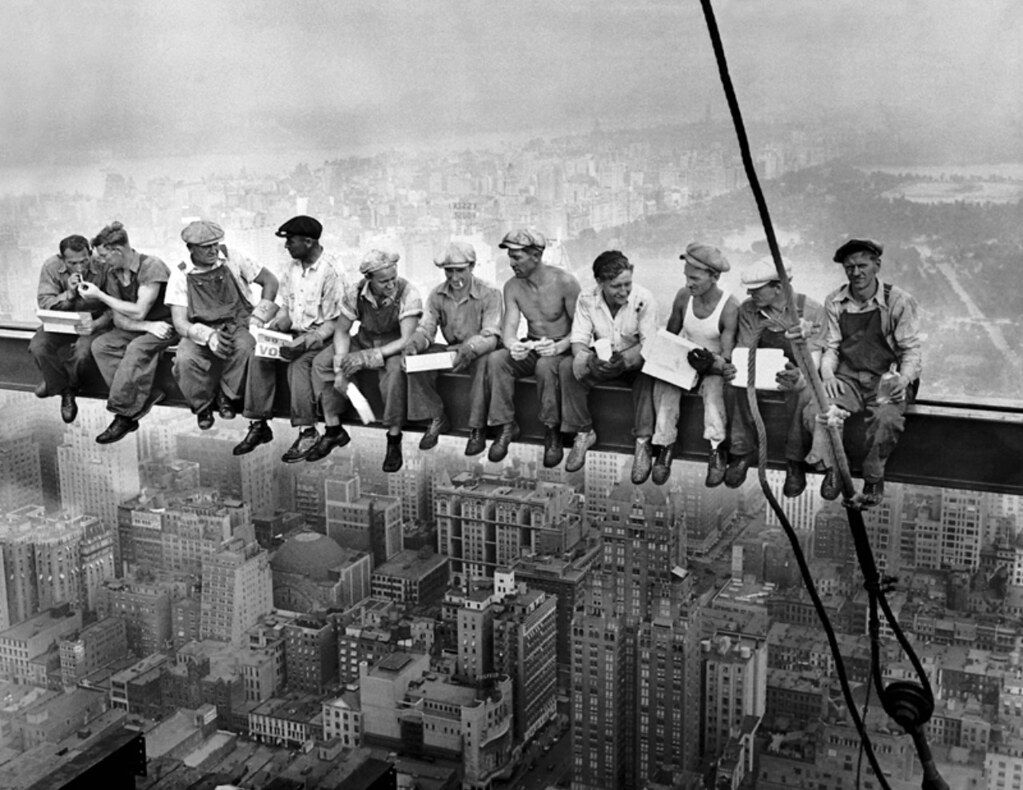 The iconic shot, Lunch Atop a Skyscrapper.

This iconic photograph, taken in 1932, shows 12 workers, legs dangling, eating lunch atop a steel beam 850-feet up in the sky. It has become one of the most famous New York images. The story of New York was the story of skyscrapers, and the story of the Irish was that they helped build them.

The Irish built much of America. They dug the canals, laid the rails for the railways and created the road network with picks and axes.

There were maybe two or four Irishmen balanced on the beam that September day in 1932 depending on who you believe, but it was a powerful picture that resonates to the present day. It represents the working-class Irish in a unique way.

Generations of Bowery music hall shows in the 19th century had played out a sentimental version of old Ireland for millions of immigrants. Songs like “Christmas in Killarney” and “When Irish Eyes Are Smiling” had their start in Tin Pan Alley.

Then came "The Quiet Man," the moment that vision of Ireland, held so dear, skipped to the silver screen and presented the lovable rural Irish as characters and rogues.

Maureen O’Hara the red-headed colleen became the very emblem of Ireland while John Wayne, as the returned Yank who gets the lady, was living nearly every immigrant's dream. For better or worse "The Quiet Man" is fixed forever as an image of Ireland for millions of Americans.

Before John F. Kennedy there was Al Smith, the first Irish Catholic to have had a serious shot at the White House.

Smith was beloved in his Lower East Side district in New York and heavily influenced Franklin Roosevelt and his New Deal policies.

When Smith ran for president in 1928, the forces of reaction, such as the Ku Klux Klan, were quick to condemn him. The Know-Nothings said he would dig a secret tunnel to the Vatican and America would be swarmed by priests.

He lost but left his mark as the first Catholic to have had a shot at being president. The Al Smith dinner remains the largest annual political dinner in New York.

The son of Irish immigrants, Braddock was the last Irish-American heavyweight champion, a tradition that had lasted all the way back to John L Sullivan, in 1882, through Gentleman Jim Corbett, Jack Dempsey, and Gene Tunney.

The handover to African American champion Joe Louis occurred in 1937 and Braddock would never fight again after being knocked out in the eighth round. The era of Irish champions was over, and the Cinderella Man knew it and retired. African Americans would go on to dominate the division. 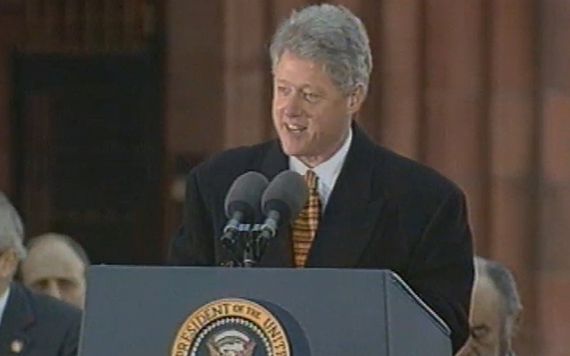 President Bill Clinton during his visit to Northern Ireland, November 1995.

President Clinton fulfilled the dreams of generations of Irish Americans by using the power of the United States to bring peace to Ireland. Irish American groups, after centuries of effort, finally got an American president to get involved. His impact was incredible.

The apex of his efforts was his visit to Northern Ireland in 1995. Hundreds of thousands turned out to see him in Derry and Belfast. He promised he would stay with them on the peace effort come what may, a promise he kept. 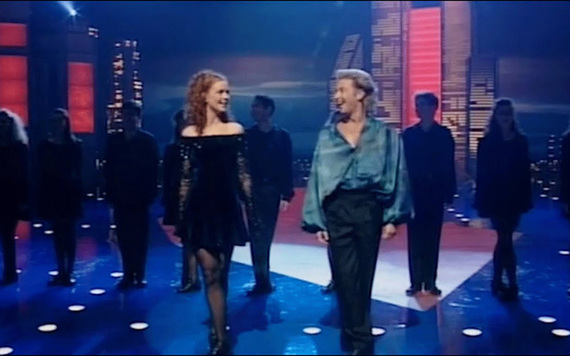 Irish dance was stuck in a deeply conservative mode, put there by tradition, history, and a watchful Church that wanted nothing to do with Irish girls and boys performing sexy dances.

Rigid positions and rigid bodies were the rule before "Riverdance."

It would likely have died on the vine but for "Riverdance," the interval act at the 1994 Eurovision Song Contest, which introduced the world to Jean Butler and Michael Flatley, both Irish Americans, with the help of creators Moya Doherty and John McColgan.

Suddenly Irish dance was fiery and sexy, full of vim and vigor. There was a massive response from the audience. Irish dance would never be the same again.