"In the current climate, experience is everything. Eric Adams should be New York City’s next mayor." 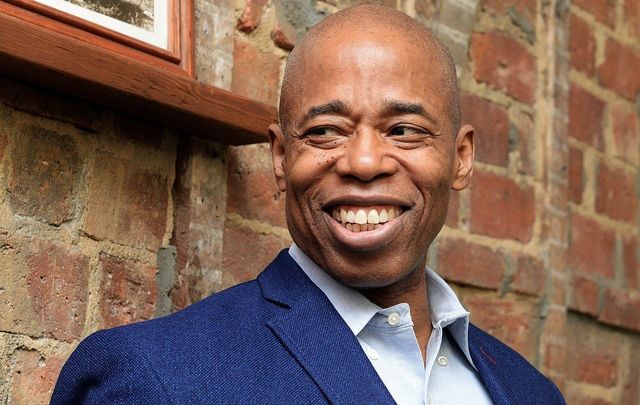 It takes two years to become a fully-fledged cop in Ireland.  It takes three years in Britain, where each cop has to have a degree in police work before becoming a qualified officer. In New York City it takes 24 weeks.

It is clear what is wrong with this picture. (And perhaps partly why crime is much lower in Ireland and Britain.)

At a time when we New Yorkers need better policing and more qualified candidates as police officers, the emphasis should be on more training and the slogan should be “refund the police, not defund them.”

Most reasonable people would agree that six months is a very short period indeed to train a New York City police officer who may be handling murder or life and death issues in his or her first week on the job.

The problems don’t end there.  There is a leading candidate for New York City mayor, Maya Wiley, who had to think twice when asked if NYPD members should also be disarmed.

This at a time when anti-cop sentiment is running high in many communities and crime is on the rise in the wake of the murder of George Floyd by a psychotic police officer.

Wiley would have you believe unarmed, under-trained police officers working under a slashed budget is a reasonable way to begin tackling the upsurge in crime. That's absurd, but yet she could be the next mayor.

Wiley says she represents aggrieved communities who have suffered over the years from police misconduct. There is no question such communities exist and that there have been terrible racial incidents and killings involving cops. But the solution is not to defund the police.

Bill Bratton, the best cop in America who brought down crime dramatically in Boston, New York, Los Angeles and New York again during his stints as police commissioner in those cities, says that the balance between law and order and human rights has become blurred.

He believes politicians everywhere are trying to appease aggrieved protest groups and making poor decisions as a result. He also believes that carelessly emptying prisons is a major contributor to the  spike in crime because “bad actors” are back on the streets.

Bratton is a fair cop and doesn’t see the problem in black and white. He says police unions have become too powerful and block many innovative ideas because they are too resistant to change.

Bratton is not surprised that the 2021 New York City mayoral election is all about crime.  Polls show a whopping 40 percent of New Yorkers consider crime to be the most important issue in the debate.

If that is the priority then one candidate stands out.  Eric Adams, son of a housecleaner and a butcher, was arrested as a 15-year-old and beaten by cops. He decided to become a police officer to try and help change the force from within.

He retired as  a decorated captain, won a State Senate seat then became Brooklyn borough president.

Alone among the seven other candidates seeking the Democratic nomination to replace Bill de Blasio, Adams has the insight and the knowledge of how to tackle crime and many other issues in New York.

Unlike some in the field, this is not his first rodeo in New York City politics, and that level of experience and insight makes him by far the best candidate in the field.

In the current climate, experience is everything. Eric Adams should be New York City’s next mayor.