President Biden hit it out of the park during his address to Congress on Wednesday night and it is clear after 100 days this is a devout Catholic and his philosophy is shaped by that. 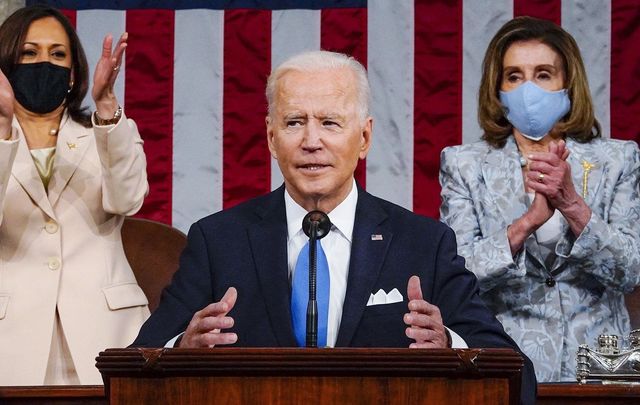 Not since Robert F Kennedy have we had a “Sermon on the Mount” politician who focuses on Catholic social action rather than political slogans from the left or right.

It is important to note that the most visible artifact in the Oval Office is a bust of RFK making clear President Joe Biden’s depth of gratitude to the late senator.

Peter Edelman, a Georgetown University law professor who was a legislative aide to Kennedy from 1964 until his death, described Kennedy to Crux magazine as “assiduous in his practice of his Catholicism” and said his “values and work were certainly based significantly in his faith.” He could have been describing Biden.

Like Robert Kennedy, Biden does not tailor his speech to different audiences. There is just one speech, one message, - care for the weak, help families in need, aid the sick and dying, bless the caregivers, welcome the stranger, value the dignity of work, and love your neighbor, even if she/he happens to be black or brown.

Polls of those who watched show that 85 percent of those who heard Biden were deeply impressed. It was as if, for the first time, millions of Americans have woken up to the great and good Irish American man who now occupies the Oval Office.

Like whipped dogs in the Trump era, we were urged to fear the other, hate the immigrant, and reward the rich and the hard right.

To prove the point, about Catholic social teaching, America magazine, the Jesuit standard-bearer interviewed several experts after the address.

Sam Rocha, an educational studies professor  said, “On economics, Biden seemed to lift entire passages from Catholic social teaching, especially on poverty, the lie of trickle-down economics, the union as the creator of the middle class, the need to support and empower families, and living wages.”

Susan Reynolds, a theology professor at Emory University, told America that “Biden seemed to be making the case for an economy that upholds human dignity—the case that child care, health care, and education are public goods deserving of public investment.”

It is those kinds of values, of Pope Francis and RFK that Biden wishes to express with the obvious exception of abortion. So far, he is being heard loud and clear.

America has its most Catholic president ever and in the first 100 days that fact has defined him as much as anything else.