Loving voices needed in the complex issues of trans lives

"Politicians earning cheap headlines and passing bills that insist birth sex is the only criteria that undermine its complexity." 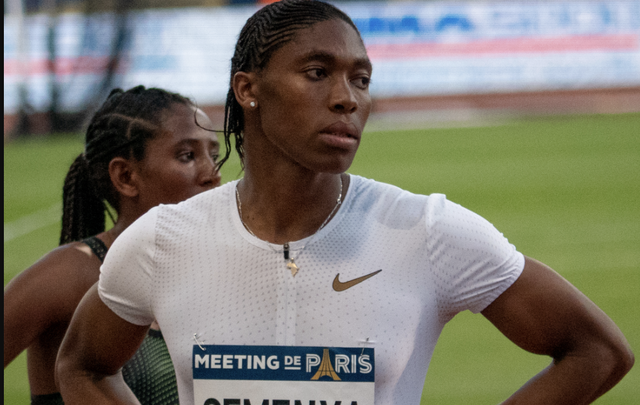 Here's an item from CBS News in Dallas that caught my eye:  “In preparation for two upcoming friendlies against Russia, the U.S. women’s national team played the FC Dallas under-15 boys academy team on Sunday and fell 5-2, according to FC Dallas’ official website.” So there you have it, a bunch of 15-year old boys beat the U.S. world champion women’s team, in 2017, in what was described as a scrimmage.

It is pretty remarkable though, the best women’s team in the world getting blown out by a group of teenagers.

It goes to the heart of the transgender issue that higher testosterone levels clearly give males physical superiority, at least when it comes to playing soccer over women.

That seems pretty clear, but it’s really not the end of the argument.  Some women have very high levels of testosterone, even though born female. Should they allow to compete with other women? Only a fool would say no.

Male superiority does not apply in all sports.  As Irish jockey Rachael Blackmore shows every day in Ireland and England, she is easily the match of any male jockey and then some. Gymnastics, ice skating, and sailing are others where both sexes are equal.  But sports that require physical strength and endurance clearly favor men for no other reason than their testosterone levels are higher and their physical development is different.

Sometimes there is confusion over which sex a person should be assigned. It is a deeply complex issue.

Semenya, who rightly points out she has female, not male anatomy, was an Olympic champion and South African heroine whose levels of testosterone for whatever reason were far higher than other female athletes. Her argument is correct, that just because her testosterone levels are high she should not be considered a man.

In essence, it is logical to believe in most cases that whatever gender you are at birth is what you should be as an athlete. Therefore Semenya was rightfully declared the legitimate gold medalist in the female 800 meters at the 2016 Olympics.

On the other hand, Fallon Fox, a now-retired transgendered MMA fighter who was male at birth, competed against women. That’s a much tougher one for people to adjudicate.

But the issue must be viewed in a far larger concept than just sports.  Men or women who find themselves trapped in the wrong body often live a nightmare.

They should never be stopped doing whatever they deem necessary to live the lives they want to, including having gender reassignment surgery.  I can think of nothing more distressing than feeling the hate of so many and the loneliness and outsider statuses such people feel.

Even in sports, the issue is more complicated than many think as the case of Semenya makes clear.

Politicians earning cheap headlines and passing bills that insist birth sex is the only criteria that undermine its complexity.

Arkansas even passed a bill that makes it impossible to have gender reassignment surgery despite the governor’s veto which they overrode.  I’m sure most who signed on were devout Christians happily doing the devil’s work of incitement to hate and hurt.

At the end of the day, no one wants to be born or feel transgender. The violence against such people and the high rate of suicide make it a very dangerous identity.

The issue is far bigger than sports and deserves to be treated as such. Alas, we see the sensational stories but never think of the lives behind the headlines.

The issue shows no signs of going away. We can only hope that sane and loving voices prevail.