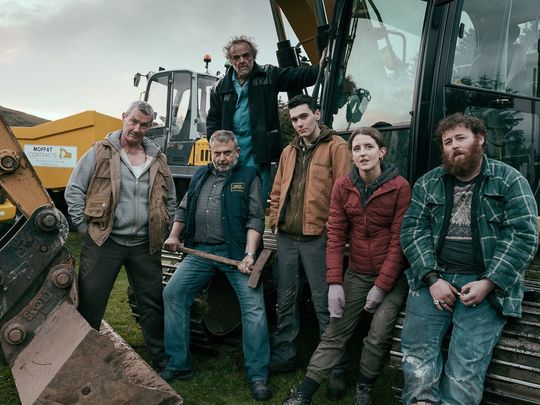 In the new Irish comedy horror Boys From County Hell a crew of foul-mouthed road workers, led by a constantly bickering father and son, must somehow survive the night when they accidentally awaken an ancient Irish vampire named Abhartach.

Sounds implausible? Well, vampires are as Irish as a Barry's teabag. In fact, the most famous vampire tale of them all was written by the Dubliner Bram Stoker in 1897, partly based (some scholars suggest) on the early Irish legend about a blood-drinking devil referenced and then appearing in the new film, Abhartach.

It all kicks off in the fictional town of Six Mile Hill, where it's easy to believe that the undead prowl by night. The whole place has an eerie quality and, sure enough, the locals in a village pub called The Stoker, named after the famous author, insist that he found his inspiration for Dracula after a visit to the town over a century earlier.

Abhartach is the name of the legendary vampire buried under the cairn stones outside the village, in a field that now belongs to George Bogue (John Lynch). Apart from the pub, it's the biggest and the only tourist attraction in the town.

Before you can say this looks like a total set up George's good looking son William (Fra Fee) and his nervous pal Eugene (Jack Rowan) get word of a plan by Eugene's contractor dad Francie (Nigel O'Neill) to build a highway bypass right through the old gravesite.

Francie isn't bothered knocking over what he calls a “pile of old stones” but Eugene knows the town will be up in arms over it, and maybe worse. Yes, you have seen this let the sleeping undead lie storyline a million times before, but it's what director Baugh does with his talented cast and spirited direction that helps lift this horror-comedy far above the usual fare.

One secret weapon is adding Derry Girls alum, Louisa Harland, to the mix, playing the barmaid Claire she brings a lovely caustic deadpan to the proceedings.

Until the vampire is reawakened Six Mile Town is depressed and depressing place, with poor Eugene reliving his tension by pranking the visitors to the famous gravesite. It's when people start to get killed by an unknown assailant that normal life is turned on its head. 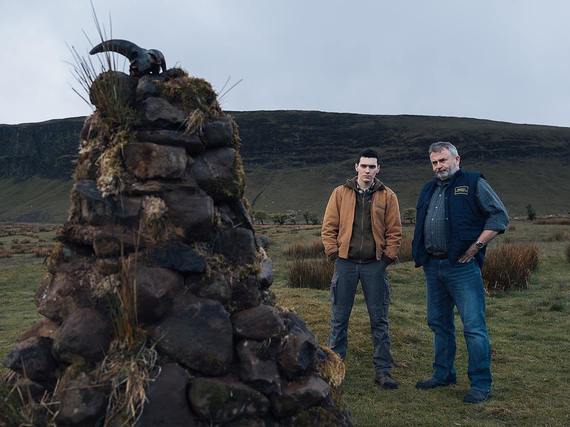 There are a lot of precursors to the look and tone of this horror-comedy, among them classics like An American Werewolf in London and Shaun of The Dead. Baugh is striving for the shock meets snark tone and the Irish setting lends itself well to the whole enterprise.

Boys of County Hell delivers the jump scares and dark laughs as it unspools, once you get past the initial set up, which runs to chapters. Buagh has ambition with his storylines and despite his sarcastic tone an obvious love of all the local Irish lore, which the script makes more than ample time for.

It's one thing to scare the pants of credulous Canadian tourists our looking for a spooky photo opportunity for their Instagram page, but it's a whole other matter when it's the locals being targeted by supernatural forces.

Willam and Eugene may have no time at all for all the ghost hunting blow-ins but it's quite clear they love the old local tales, even if they mock them to the outsiders. Because behind all that northern mockery we soon learn they have a serious respect and even reverence for the townland and the legends that have grown up around it, and because to forget all that invites disaster upon the unsuspecting, once they lose their awe for those gone before.

This idea is made explicit when we learn that Abhartach, the suddenly resurrected vampire, doesn't kill you like Count Dracula does, with a deep bite to the neck.

Instead, he makes you bleed from the eyes, nose, and mouth, draining you of your life force because you have committed the ultimate sin, you have forgotten where you came from. Being bled to death by your ancestors is the least of what will happen Baugh reminds us, in a story that is filled with skulls and references to Hamlet.

Abhartach's grave may look like a pile of old stones but it's a very bad idea to knock them over just the same, as the diggers soon find out when they do the unspeakable. Soon the town is running red with blood and old dead men are being possessed with the strength of fifty living ones. 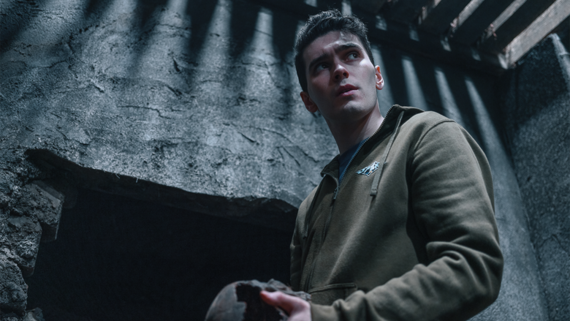 A skull in County Tyrone in Boys From County Hell

Horror isn't always a genre that gets enough respect for its social commentary, but Boys From County Hell has quite a lot to say about the real-life build a motorway through the Hill of Tara money grabbers attitude that constantly upends Irish society. Chasing euros through their own heritage invites correction and in this film it also comes with a body count.

It's straight from life too. Last week after years of hand wringing by property developers and various Irish ministers for the arts, the house that James Joyce picked as the setting for his most famous story The Dead, was given the go-ahead to become – of all things – a hostel for international tourists.

Hopefully, the ghost of Michael Furey, the dead hero of Joyce's classic tale, and possibly with assistance from Abhartach as well, will haunt these greedy and short-sighted property developers and Irish arts ministers all their days for their embarrassing and lamentable decision. 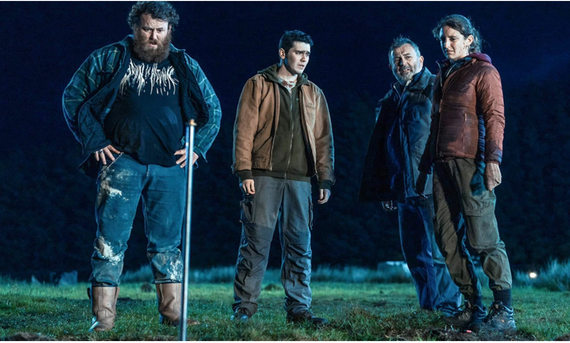 But you don't need a deep reverence for Irish heritage to enjoy the watch out it's behind you fun of Boys From County Hell, but just know that its a film that genuinely understands that all the real hauntings are the ones that come from making terrible decisions and their sometimes bloody consequences.

Boys From County Hell is now available to view on the Shudder channel.