Karma Chameleon will trace the life of George Alan O'Dowd, aka Boy George, from his Irish working-class beginnings to his rise to stardom with the 80s pop band Culture Club. 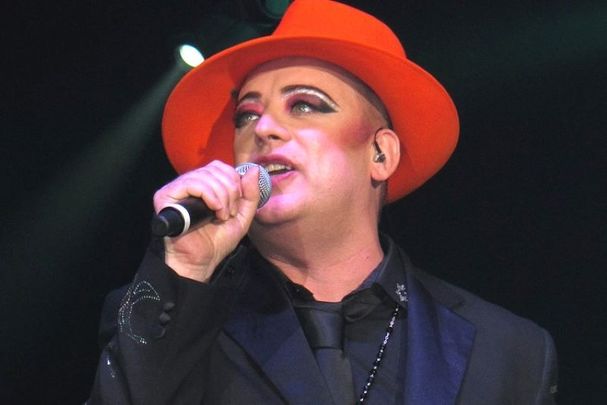 A film about former Culture Club frontman Boy George is in the works.

The biopic will trace the life of Boy George, whose real name is George Alan O'Dowd, from his Irish working-class beginnings to his rise to stardom with the 80s pop band Culture Club. The band, which also consisted of Jon Moss, Roy Hay, and Mikey Craig, was formed in London in 1981 and quickly became one of the top bands of the decade.

The project, titled Karma Chameleon, has moved from MGM to Millennium Media and production may begin as early as this summer, reports Deadline.

Last week, the singer and songwriter released a video stating that a search was underway for the actor who would play him. He also said that actor Danny Mays ("1917," "Line of Duty") has been cast as Boy George’s father, and teased that “there are rumors of Keanu Reeves popping in.”

(However, according to Deadline, representatives for the production have so far declined to confirm either actors’ involvement in the project.)

Rolling Stone reports the film will be directed by Sacha Gervasi and produced by Kevin King Templeton and Paul Kemsley. George and Jessica de Rothschild will executive produce.

“We’re elated to bring this amazing story to life. Boy George and Culture Club have been an inspiration to so many people,” Millennium Media co-president Jonathan Yunger said in a statement. “Specifically, George’s unapologetic way of being true to himself. He has paved the way for people to live their truth as fearless individuals. This is more relevant today than ever and we are so proud to have Sacha lead the charge on this musical journey.”

In 2018, Boy George appeared on BBC’s genealogy series “Who Do You Think You Are” and discovered his relative Thomas Bryan was an IRA man executed during the Irish War of Independence.