Boy George's relative was a legendary IRA man executed during the War of Independence. 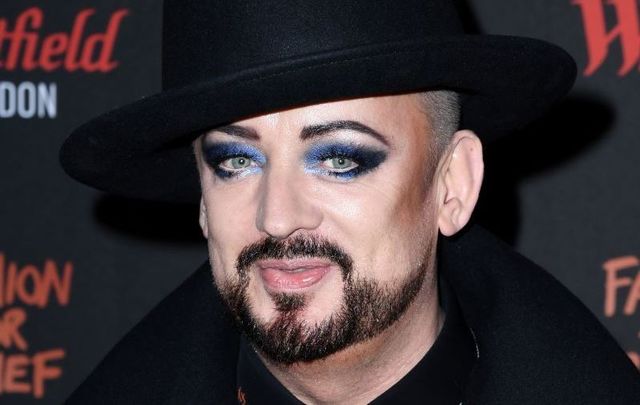 Singer Boy George took part in a genealogy series and found an interesting link: his relative was a legendary IRA man executed during the War of Independence.

The chart-topper featured on BBC's "Who Do You Think You Are" series and was surprised to unearth an Irish link.

The performer was told that Thomas Bryan, a cousin of his grandmother Bridget, was one of the ‘Forgotten 10’ — executed in 1921 for targeting a lorry filled with Black and Tan soldiers.

Thomas Bryan was just 24-years-old when he was arrested with a group of nine others. Bryan and his co-conspirators were executed and buried in unmarked graves, but in 2001 most of their bodies were reburied with State honors.

The former Culture Club frontman said, “It’s amazing to discover this is part of my family history. I’m proud and I’m sad.”

“I’m part of Irish history. So stick that in your pipe and smoke it," he added.

In the episode, which airs Monday July 23rd on BBC, Boy George visited his ancestor's graves and toured Dublin's Mountjoy Prison, where Bryan was hanged.

The hit singer also found out that Bryan's wife was pregnant when her husband was sentenced to death. Days before Bryan was hanged, the baby tragically died.

The singer also found out that Thomas’s wife, Annie, was pregnant when her husband was sentenced to death. Tragically, the baby died just days before he was hanged.

Speaking about his roots and childhoods spent in Ireland, the 57-year-old performer previously told the Irish Voice.

"We definitely had far too much personality for some of our relatives in Ireland back then. My mum was told, ‘Look at the way you’re bringing up these kids!’”

“My mum’s sister Phyllis lives in Finglas (Dublin) and they were more relaxed than the cousins in Tipperary. There was a different spirit in Ireland that was quite exciting."