“As Luck Would Have It,” which premiered on the Hallmark Channel earlier this month, is expected to boost travel to the Co Clare festival. 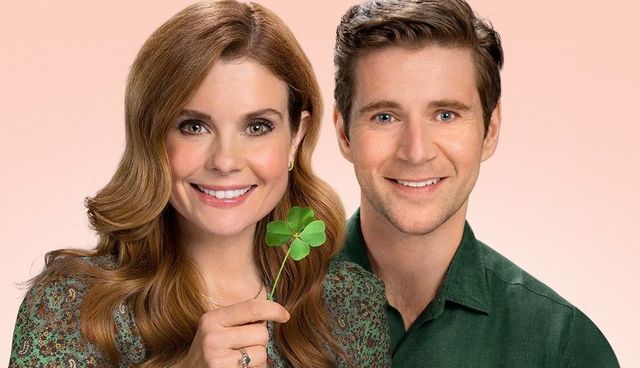 A new Hallmark movie inspired by the Lisdoonvarna Matchmaking Festival in Co Clare and starring Irish actor Allen Leech is expected to boost tourism to the area once lockdown restrictions are lifted.

The plot of “As Luck Would Have It,” which premiered on the Hallmark Channel on April 10, revolves around Lindsey Lindsey (JoAnne Garcia Swisher, “Sweet Magnolia”) who travels to Ireland to acquire land that is perfect for a resort. She decides to enter the town’s matchmaking festival to prove her investment and win over a handsome local (Allen Leech, “Downton Abbey”).

According to a press release, the movie was filmed entirely in Ireland earlier this year and features locations such as the Cliffs of Moher in County Clare, Glendalough in County Wicklow Lismore Castle in County Clare and Howth Castle and Johnnie Fox’s pub in Glencullen in County Dublin.

In 2019, the film’s production team expressed an interest in filming on location in the village. The matchmaking scenes were ultimately shot elsewhere, but elements of the festival, such as the dancing, matchmaking, and posters, were closely replicated.

“It’s fantastic to see that the festival has captured the imagination of US film makers and we are honored that it has been used as a key part in the film’s plot,” said festival organizer and tour operator Marcus White.

He added that since the film was released the organizers have been inundated with messages and emails from people enquiring about the festival. Many people had never heard about the festival until they watched the movie.

White said: “As the country begins to open up, this will definitely help in promoting County Clare and Ireland as a tourist destination going forward.”

The Lisdoonvarna Matchmaking Festival, which typically begins the first weekend in September, was canceled last year for the first time in its 165 year history. An announcement about the 2021 festival is expected to take place in July.