Disney’s ‘Disenchanted’ is heading to Dublin for filming and is looking for background actors! 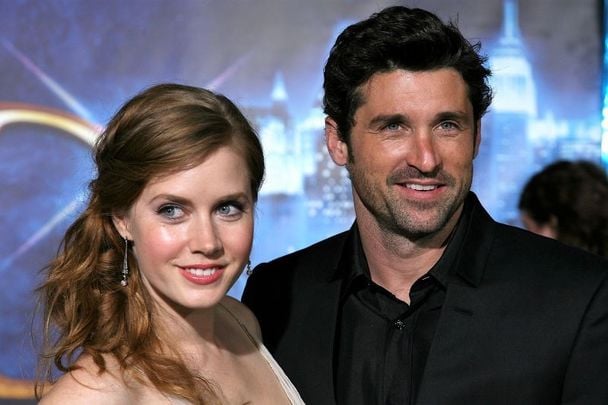 November 17, 2007: Amy Adams and Patrick Dempsey pose together at the World Premiere of Disney's "Enchanted" held at the El Capitan theatre in Hollywood, California Getty Images

Disney's new "Disenchanted," the sequel to "Enchanted," is looking for background actors ahead of filming in Dublin this summer.

Patrick Dempsey, Amy Adams, James Marsden, and Idina Menzel are understood to be reprising their roles for "Disenchanted," the follow up to the 2007 Disney smash hit "Enchanted."

In a call out for background actors for the new Disney flick, MovieExtras.ie says it is delighted to be working on "Disenchanted."

“Submissions for non-descript roles will be accepted for all performers, regardless of age, sex, ethnicity, disability, race, color, national origin, sexual orientation or gender identity or any other basis prohibited by law, subject to legitimate casting objectives.”

Filming will occur in Dublin between May and August of this year.

If you're interested in applying, you'll have to fill out measurements and submit photos. Background actors must be available for full days of filming with potentially very early call times.

Best part? These are paid roles!

Earlier in April, the Irish Independent reported that there was great excitement around Enniskerry in Co Wicklow as production began to lay the groundwork for filming in the Irish village.

Variety reported in 2016 - the project has been in the works for quite some time - that 'Disenchanted' is set ten years after the original 'Enchanted.' Questioning her happily-ever-after, Adams' Giselle character accidentally triggers events that make everyone’s lives turn upside-down in both the real world and in the animated kingdom of Andalasia.

Deadline reported this week that Maya Rudolph, Yvette Nicole Brown, and Jayma Mays have signed on for 'Disenchanted,' which is set to head to Disney+ next year.