Star of the new Netflix film Hillbilly Elegy Amy Adams fell in love with Ireland filming Leap Year. She can't wait to get back. 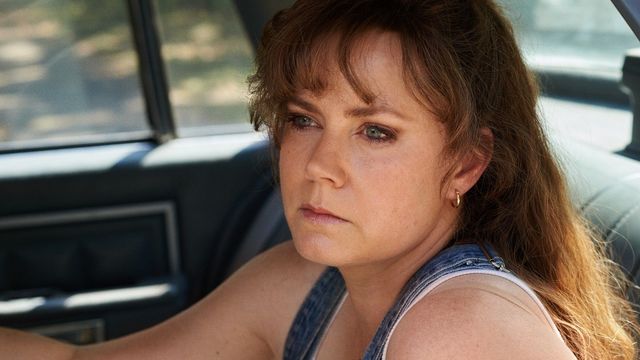 With her head of thick red hair, Amy Adams would pass as an Irish American with ease.  And though she doesn’t have a drop of Irish blood as far as we know, she loves Ireland and can’t wait to return.

Adams was interviewed by Irish broadcaster John Fardy of Newstalk radio to promote her new Netflix film Hillbilly Elegy.  The 46-year-old actress spent a good chunk of time in Ireland in 2009 to film Leap Year, in which she starred as an American who goes to Ireland to ask her beau to marry her on February 29, the one date every four years when, legend has it, a man has to accept a woman’s offer of marriage.

The film didn’t make much of an impact in the U.S., but Ireland remains a cherished place for Adams.  During her interview she called it "one of the most amazing places.  I'm actually looking at filming in Ireland again. All I can think of is how I can get onto the Aran Islands.  I want to take my daughter...there's something just so magical about it.”

Leap Year was filmed in several Irish locations, among them Mayo, Galway, Waterford and of course Dublin.  But – surprise, surprise – the weather didn’t really cooperate, though “a lot of Guinness” helped keep things warm.

"Unfortunately, my memories are mostly about being cold. We were up on the cliff-side, and it was so, so cold...but it was breathtakingly beautiful and there was a sunset over the water. I'm so taken with the magic of that country and the countryside,” she said.

Amy’s co-star in Hillbilly Elegy, Glenn Close, was also interviewed by Fardy, and she’s got plenty of her own Irish stories.  The seven-time Oscar nominee starred in the 2011 film Albert Nobbs which was shot in Ireland – it brought her a sixth Academy Award nomination – and she too remembers the cold.

"We filmed in that winter with all the snow.  They said, ‘This never happens!,” Glenn recalled.

"It was one of the great experiences of my life. Working with Janet McTeer, and we'd go back to the big (Shelbourne) hotel and we'd look like bag ladies having worked 15 hours.

"We'd go into the Horseshoe Bar, have our Guinness, and all the men would move away from us. It was a grand experience."