The Irish language film Arracht has been chosen as Ireland's Oscar contender for Best International Film. 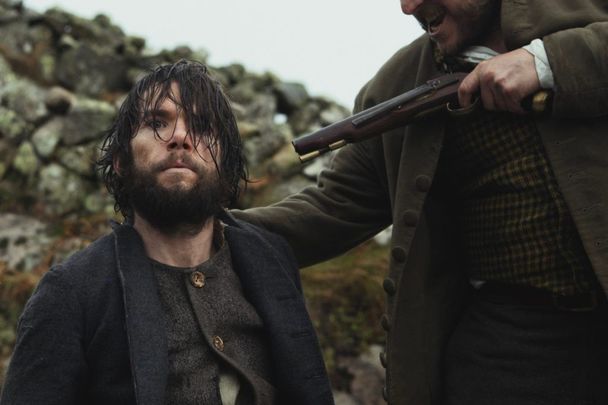 The Irish Film and Television Academy (IFTA) has chosen an Irish language movie based on events during Ireland's Famine to go up for an Oscar in 2021.

Arracht, an Irish language movie, has been chosen by the Irish Film and Television Academy as Ireland's contender for the Best International Film at the 2021 Oscars, the Academy Awards.

Told almost entirely in Irish, Arracht is set in 1845 on the eve of the Irish Famine, also known as Ireland's Great Hunger. It tells the story of a fisherman Colmán Sharkey (Dónall Ó Héalai) who takes in a stranger at the behest of a local priest.

Patsy (Dara Devaney), a former soldier in the Napoleonic wars arrives just ahead of "the blight," which eventually wipes out the country's potato crop, leading to the death and displacement of millions. The former soldier's subsequent actions set Colmán on a path that will take him to the edge of survival and sanity until he encounters an abandoned young girl who gives him a reason to live. However, Colmán cannot escape the darkness of his past.

The Committee was chaired by Irish Film and Television Academy CEO Áine Moriarty, who told RTE it is "an honor to have Tom Sullivan's remarkable film Arracht represent Ireland, with its powerful and striking cinematic visual from DOP Kate McCullough, who brings the audience into the heart of Ireland’s famine history.

"Dónall Ó Héalai’s brilliant and poignant central performance brings a gothic humanity to the storytelling that will resonate with audiences of any language."

Tom Sullivan, who wrote Arracht, said "I am overjoyed with the news that Arracht has been chosen by the IFTA selection committee to represent Ireland in the Oscar's Best International Film category," said Sullivan.

"This is recognition of the team's work and dedication and to be considered on this level is a huge honor and beyond exciting.

"It's been a funny old year to be in the film business but the support Arracht has received from everyone has really kept us going."

The Oscar Best International Film contenders will next be shortlisted to 10 international finalists, which will then be ultimately shortlisted to the final five Oscar nominees in that category. The Oscar ceremony was originally scheduled for 28 February 2021 but has been moved to 25 April, due to the Coronavirus Pandemic.

Arracht is due for release in Irish cinemas in Spring 2021.