The Oscars' first female conductor is an Irish woman

On Feb. 9, Eimear Noone, from Galway, will become the first female conductor to perform at the Academy Awards. 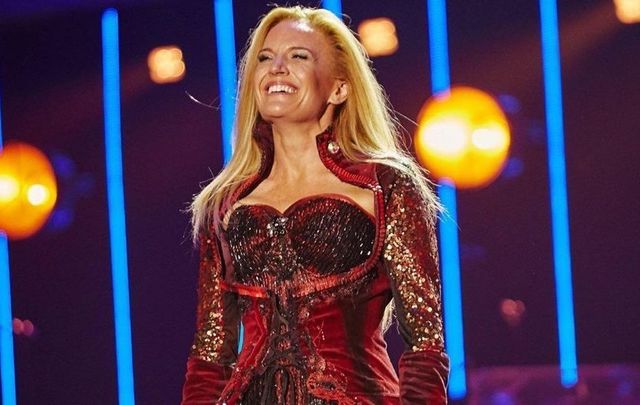 County Galway conductor Eimear Noone to perform at the Oscars 2020. Facebook / Eimear Noone.

On Feb. 9, Eimear Noone, from Galway, will become the first female conductor to perform at the Academy Awards.

Eímear Noone, from Galway, will make history at the 92nd Academy Awards, becoming the first woman to conduct the Oscar's orchestra at the Dolby Theatre, in Los Angeles.

Read More: Best of Irish TV and movies coming out in 2020

Noone will conduct excerpts from five nominated scores, Variety reports. However, the details of the evening's performance are sketchy. As yet, it is not clear whether Noone and the orchestra will perform the five excerpts as a medley or individually. It has also not been revealed whether Noone and the 42-piece orchestra will perform on stage or in the pit.

Speaking to Variety from Dublin Noone said: “The wonderful producers at the Oscars decided that they would like to finally see a female presence on the podium after all these years.”

Noone praised the Oscar's Musical Director Rickey Minor saying he is “an amazing kindred spirit who endeavors to elevate music and musicians at every possible turn.”

Thanks to visionary producers Stephanie Allain and Lynette Howell Taylor @TheAcademy and the incredible Rickey Minor, genius music director for the Oscars for inviting me to perform at the Oscars 2020! https://t.co/xh3VzoS0z7 pic.twitter.com/TAowbcYHGy

Minor will conduct the rest of the show as he did in 2019, which was his first Oscars show.

The Irish conductor, Noone, went on to comment on how "generous" Minor is "to hand over this incredibly poignant moment, as these [composers] are my heroes and she-roes, who will be sitting in the audience, whose music I get to interpret."

As poignant a moment as it might be, Noone admitted to Variety that the thought of the big night gives her the jitters.

She said “I’d be dead inside if I didn’t have any concerns. Luckily for me, I have friends in the orchestra and I have friends on the page in front of me. The background changes, but the little black dots on the page are always home for me. No matter what country I’m in or what concert hall, it doesn’t matter – the score is where my mind and my heart are.”

The inspiring conductor added "It’s an honor to be there, to help normalize something that I do every day,” she notes.

“Little girls everywhere will see this and say, ‘I think I’ll do that.’ That’s what we want.”

Read More: Saoirse Ronan, The Irishman up for Academy Awards

This is not the first time that Noone has made history. At the age of 19, she became the first woman to conduct the Dublin National Concert Hall

Originally from, Kilconnell in Co Galway, Noone is married to the American composer Craig Stuart Garfinkle. The couple have two children and live in Malibu, California.

Noone who has been heavily involved in music since she was 15 years old now conducts between 40 and 50 concerts per year and is considered the world's premier conductor of video game scores.

Her body of work includes 26 movies and video game titles including World of Warcraft: the Warlords of Draenor and Diablo III. She has also written music for movies including Mirrors, the Hole (2012), the Gus Van Sant film Sea of Trees starring Matthew McConaughey, and more.

She has conducted the Philadelphia Orchestra, Dallas Symphony, National Symphony, the Royal Philharmonic of London and the Sydney Symphony in Australia, among others.